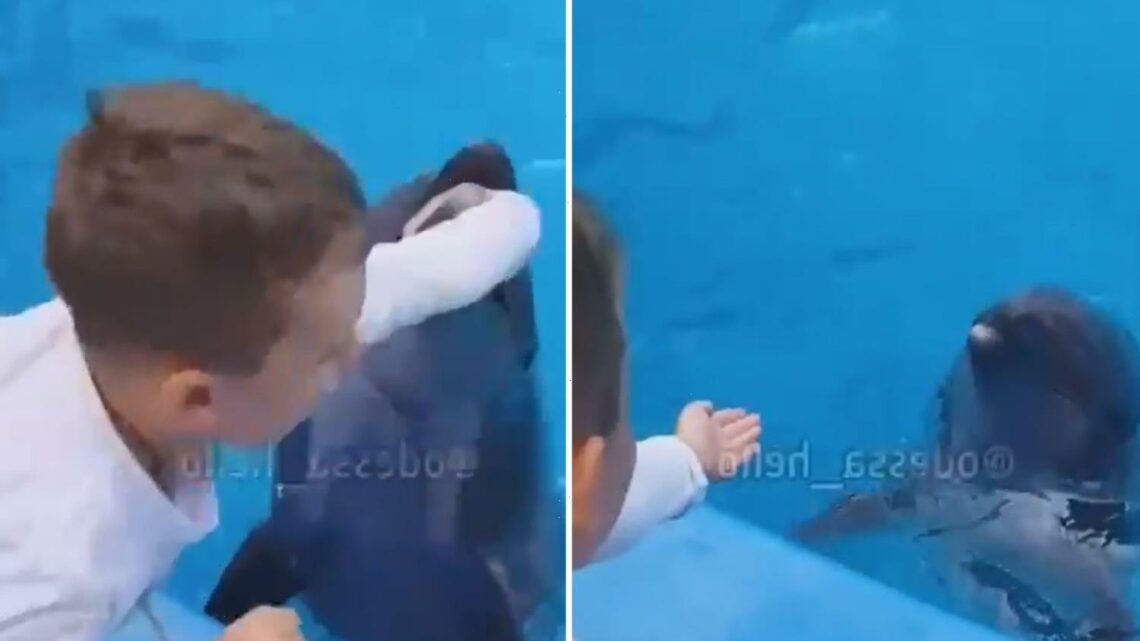 A SIX-year-old boy has been injured after a dolphin mistakenly took his hand for food at an aquarium in Ukraine.

The boy, who remains unnamed, was holding his hand above a pool when the creature struck. 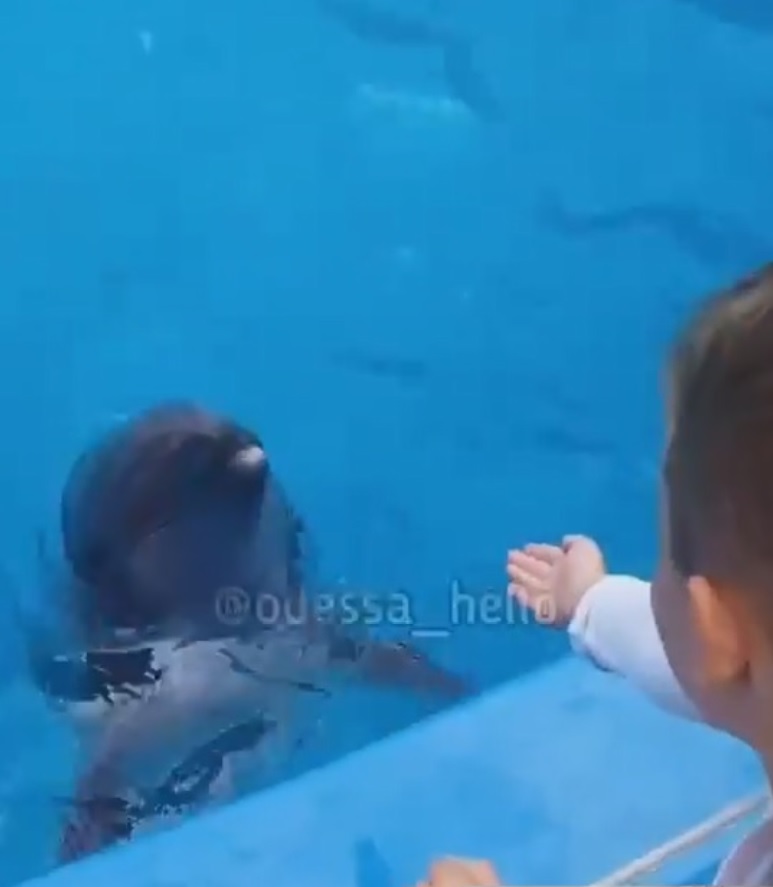 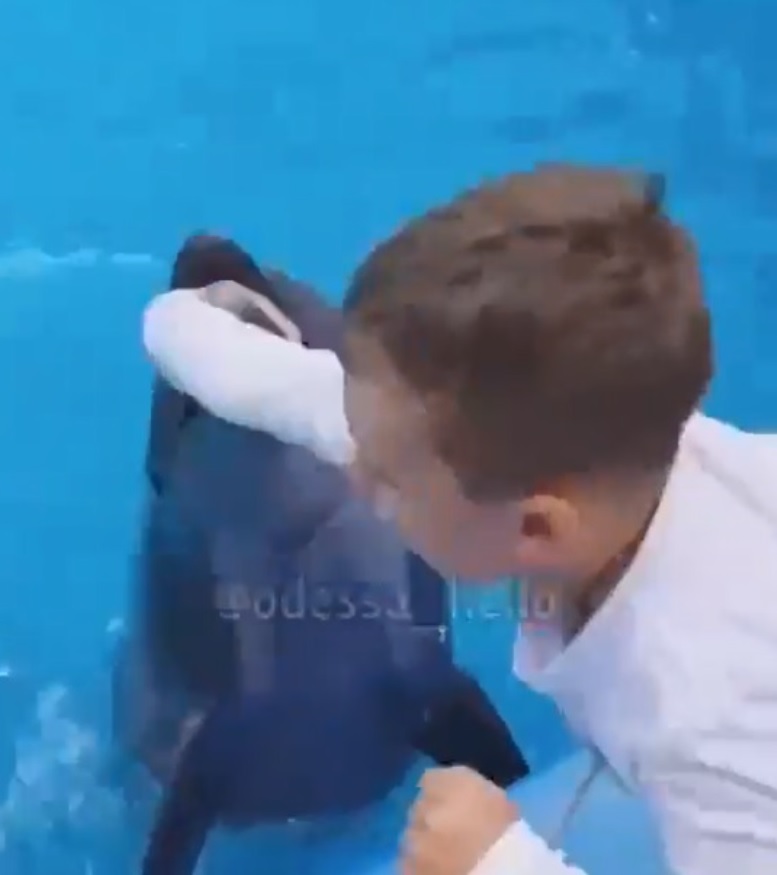 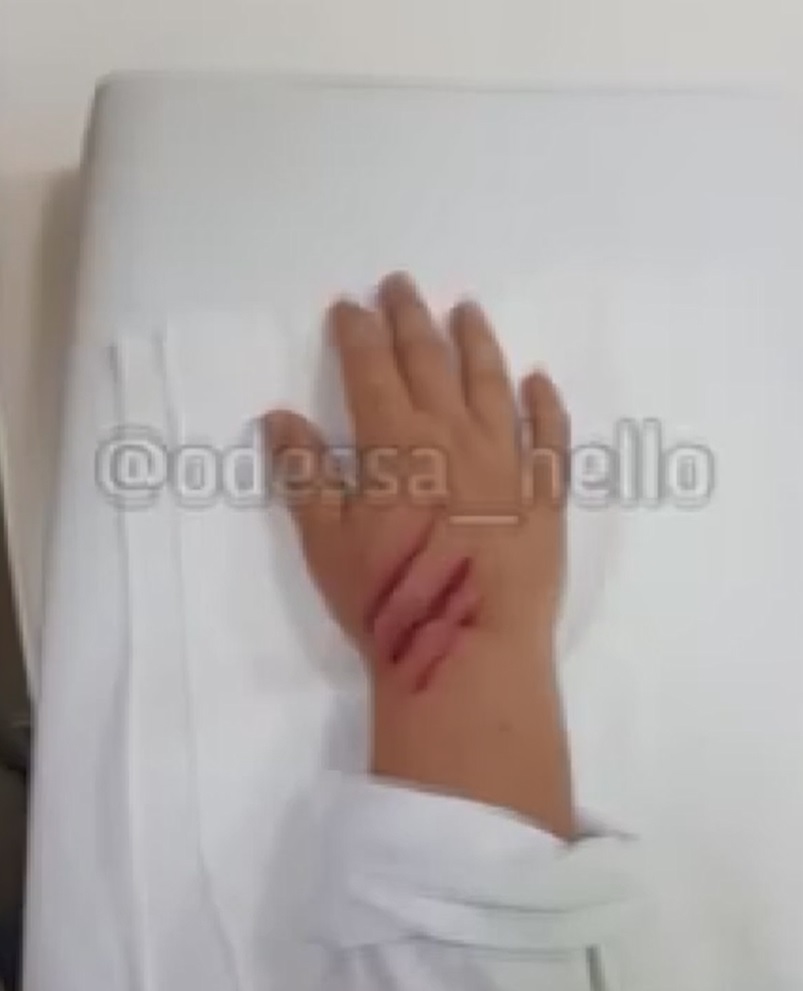 In a clip shared online, the marine animal jumps out of its pool at the Nemo Dolphinarium park and sinks its teeth into the visitor’s stretched-out hand.

The terrified boy utters a painful moan as the mammal lets go of his limb.

The moment was filmed by the child’s mother in the Black Sea resort city of Odesa, southern Ukraine on Sunday.

The victim was taken to hospital with deep cuts and doctors stitched his wounds, reports said.

According to park officials, the dolphin was not hungry or aggressive.

They added that the incident took place after visitors were warned not to approach the edge of the pool and put their hands in the water.

Olena Komogorova, head trainer at the facility, explained why one of the ocean's most-loved animals turned rogue.

“A hand, stretched above the water, means that somebody offers a treat,” she said.

The boy’s mother said her son held his hand above the water trying to stroke the dolphin.

Speaking with local media, the woman reportedly blamed herself for what happened and said she would not sue the aquarium.

Administration is planning to strengthen security measures following the incident. 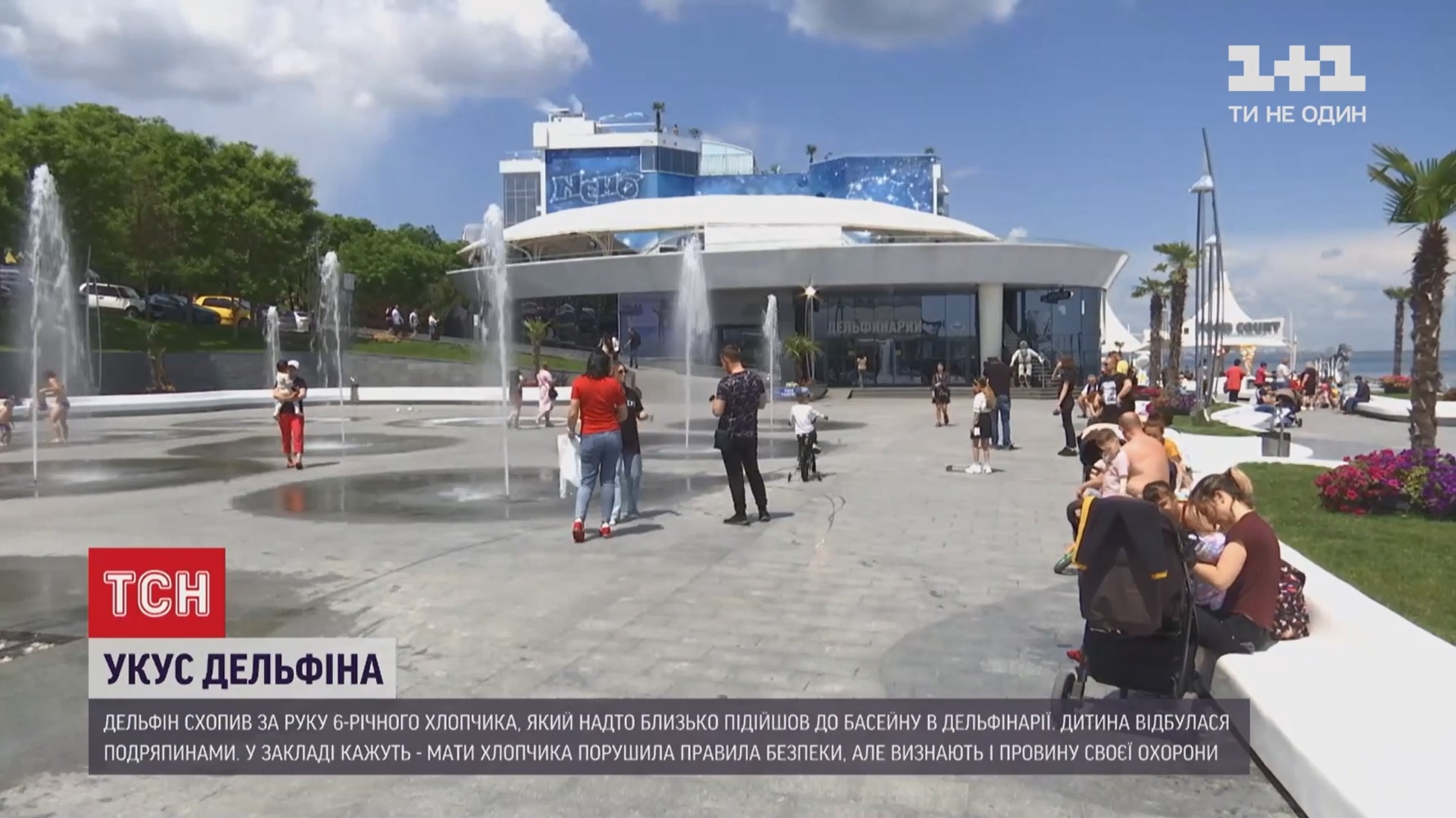 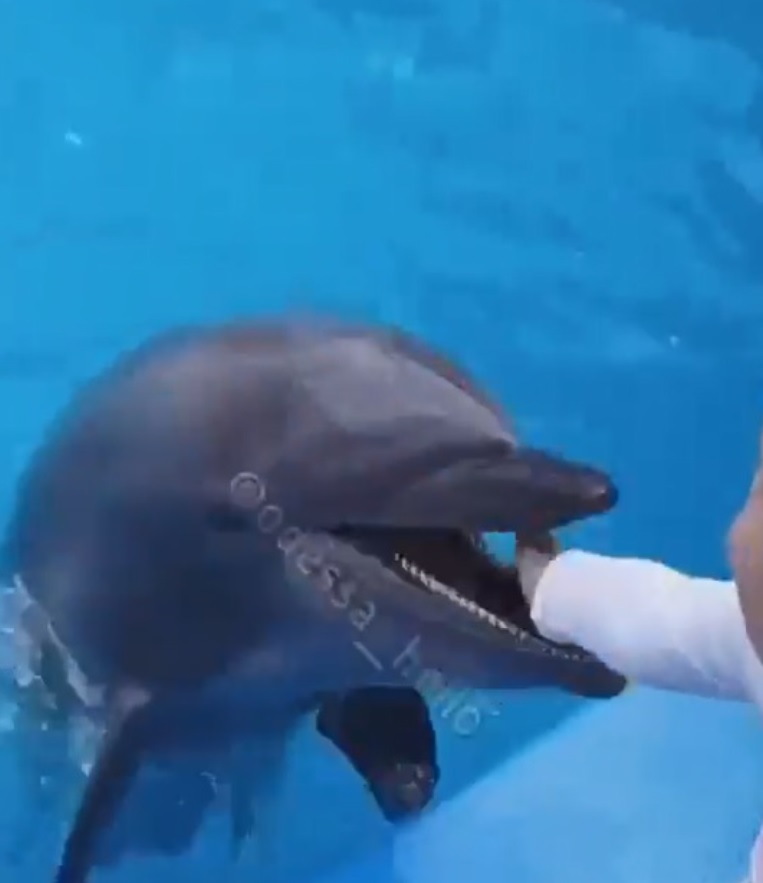 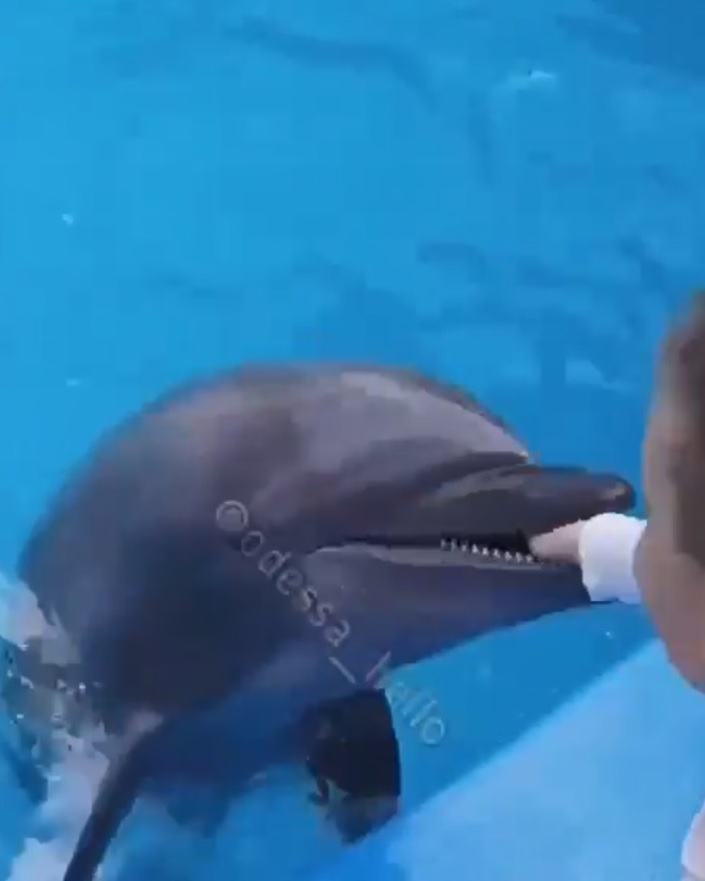 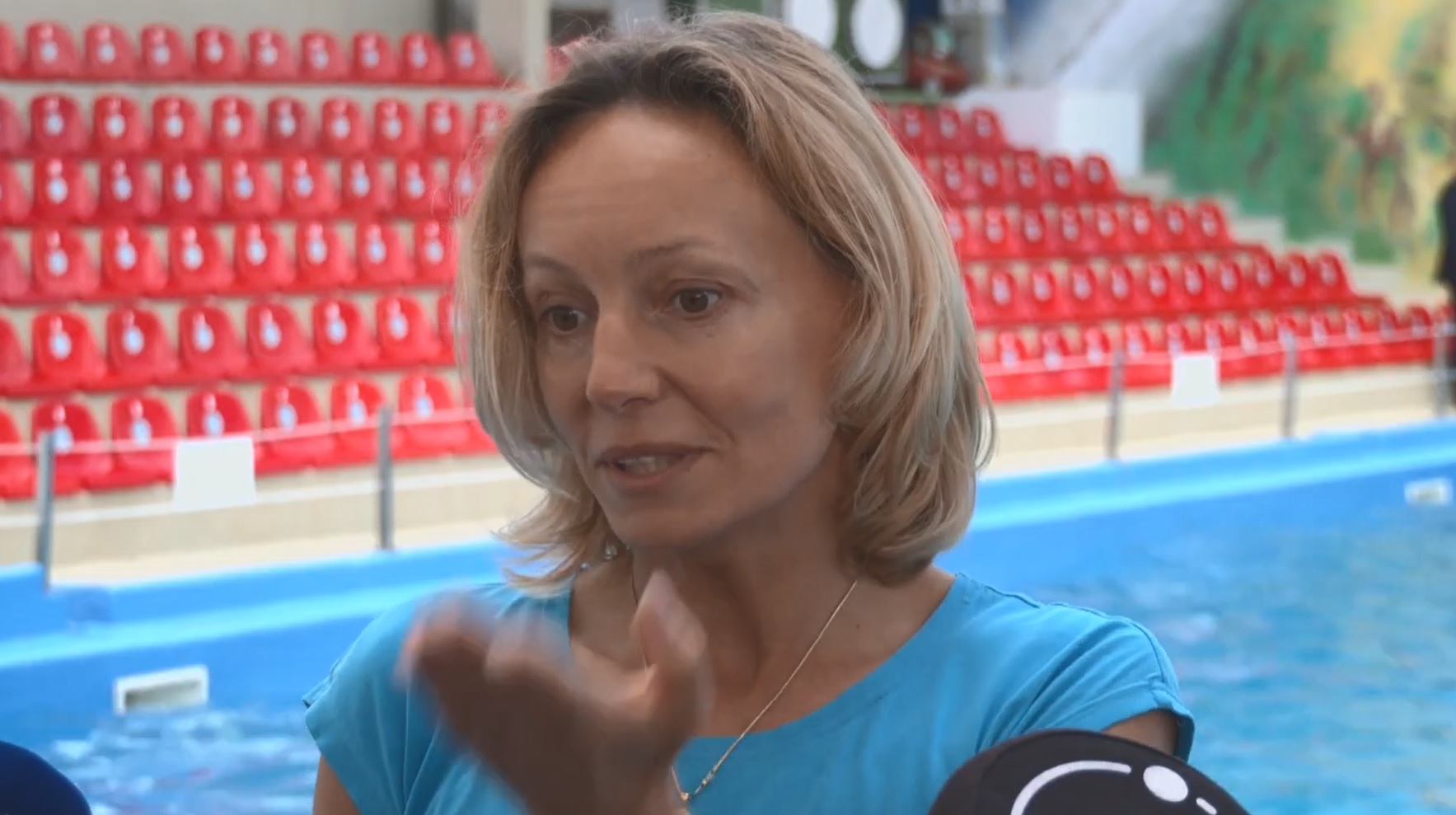 The incident took place shortly after a performance by the dolphins, when onlookers were allowed closer to the pool.

Residents of Odesa have noticed that this is not the first time such a situation has occurred.

Animal rights activists point to the strong stress experienced by animals in captivity and training, which may have caused the dolphin to attack.

The Future of BTC? ”Until There’s Clarity, There’s Going to Be Chaos.”