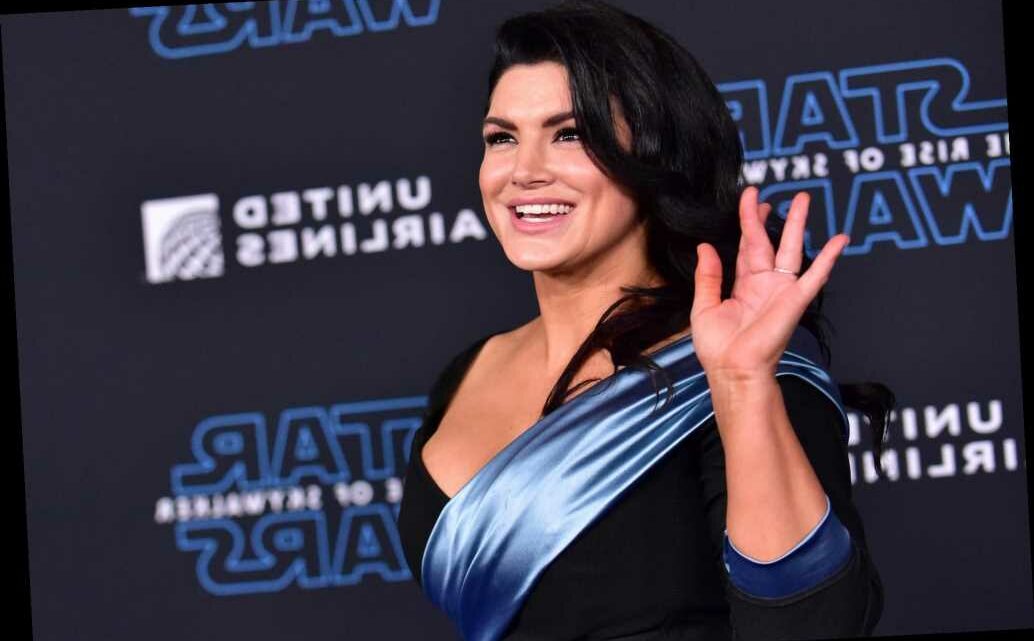 Ex-MMA star blasts Instagram after her nude photo is removed

Actress Gina Carano has long embraced the force of speaking her mind — an act that got her booted from Star Wars-spinoff “The Mandalorian.”

The former MMA fighter was confirmed on Tuesday to have been kicked off the hit Disney+ show where she played Cara Dune — with Lucasfilm stressing “there are no plans” for her to ever return.

The Star Wars giant made no secret of why she was canceled, ripping “her social media posts denigrating people based on their cultural and religious identities” which it called “abhorrent and unacceptable.”

Carano’s most controversial message — and the one that appears to have been the final straw — came when she shared an image from Nazi Germany and compared it to today’s overheated political climate.

“Jews were beaten in the streets, not by Nazi soldiers but by their neighbors…. even by children,” her post stated.

“Because history is edited, most people today don’t realize that to get to the point where Nazi soldiers could easily round up thousands of Jews, the government first made their own neighbors hate them simply for being Jews,” the post said.

It was deleted by Wednesday — along with another of someone wearing multiple masks with the caption, “Meanwhile in California…”, Variety noted.

She also jumped in on another conspiracy theory, over the suicide of pedophile Jeffrey Epstein, posting Wednesday a square full of letters containing the message, “Jeff Epstein didnt kill himself.”

While Lucasfilm confirmed Wednesday that she was not working on “The Mandalorian” — with “no plans for her to be back in the future” — sources told the Hollywood Reporter that they’d been gunning for her for months.

In fact, it wasn’t the first time that she had sparked the hashtag #FireGinaCarano to trend over her outspoken opinions.

One of the first firestorms she sparked online came in September when she addressed the pressure to use trans-friendly pronouns — instead updating her Twitter bio with the words “beep/bop/boop.”

“I’m not against trans lives at all. They need to find less abusive representation,” she wrote in the since-deleted post.

After sparking an uproar online, she clarified that it was “zero to do with mocking trans people” but about “exposing the bullying mentality of the mob that has taken over the voices of many genuine causes.”

“I want people to know you can take hate with a smile. So BOOP you for misunderstanding,” she wrote at the time with a grinning emoji.

A month before that, she had taken on someone who told her that Black Lives Matter protesters were “trying to educate you so you can get on the right side of history.”

“In my experience, screaming at someone that they are a racist when they are indeed NOT a racist & any post and/or research you do will show you those exact facts, then I’m sorry, these people are not ‘educators.’ They are cowards and bullies,” she wrote in a reply shared by Vanity Fair.

She also went over mask-wearing and leftist leaders in a post of a mocking “breaking news” alert — and showing two men with masks over their eyes rather than their mouths.

“Democratic Government leaders now recommend we all wear blindfolds along with masks so we can’t see what’s really going on,” the November tweet read.

She also joined calls to “open up your businesses & churches” because “people are dropping like flies from depression and suicide, overdoses, MURDER.”

“I haven’t even been to church in over a decade but I sure would go now,” she wrote.

In early November, she also posted about the need to “fix the system” amid early claims that the election was rigged against then-President Trump.

“We need to clean up the election process so we are not left feeling the way we do today,” she wrote.

“Put laws in place that protect us against voter fraud. Investigate every state. Film the counting. Flush out the fake votes. Require ID. Make Voter Fraud end in 2020. Fix the system,” she wrote in a message retweeted more than 5,000 times.

Carano had previously addressed cancel culture and harassment to conform in previous posts. One noted that society told you to “be yourself” — quickly adding, “No. Not like that.”

She also made clear her drive to be outspoken in a post quoting author T.B. Laberge.

“If you are silent about your beliefs because you are worried someone will be offended, then your beliefs are not that important to you but rather what people think about you is,” she posted.

“What people see about you will speak more loudly than how people feel about you, because in the end, when we stand up for what is right and true, we will have many who hate us or love us but all will know what we are fighting for.”

Who is paying for Trump impeachment defense lawyers?

Bumble CEO Whitney Wolfe Herd on achieving success: 'The only failure is not trying. Trying and having it not work isn't failure'
Technology