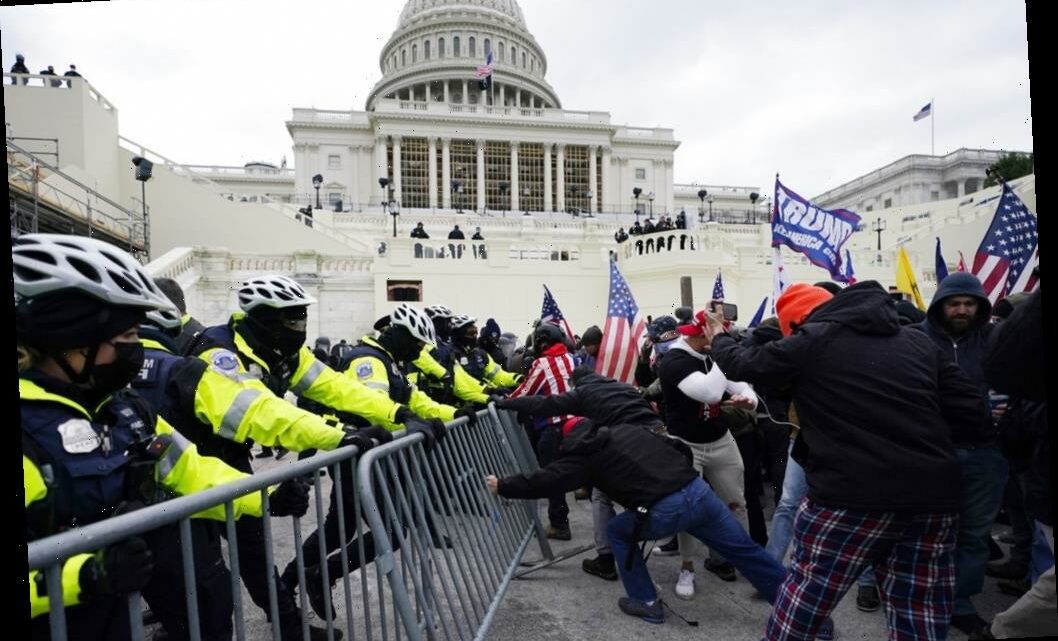 The Georgia man who was found dead after being charged in connection with the US Capitol riot shot himself in the chest, reports said Tuesday.

The 53-year-old — who had been charged with unlawful entry and violating a citywide curfew that took effect at 6 p.m. Wednesday, the day of the siege — was found Saturday by his wife, in the basement of their Alpharetta home.

She called 911, telling officers that there was “blood everywhere,” according to a police report obtained by the Daily Mail.

Trump supporters try to break through a police barrier, Wednesday, Jan. 6, 2021, at the Capitol in Washington. (AP Photo/Julio Cortez)

The filings state that Georgia and several others stayed out past the curfew and failed to disperse after officers ordered them to scram around 7:15 p.m.

He pleaded not guilty on Thursday, The Atlanta Journal-Constitution reported.

Unlawful entry is a misdemeanor that carries a maximum penalty of up to 180 days in jail and/or a $1,000 fine in DC.

If you or someone you know is having thoughts of suicide, please contact the National Suicide Prevention Lifeline at 1-800-273-TALK (8255).