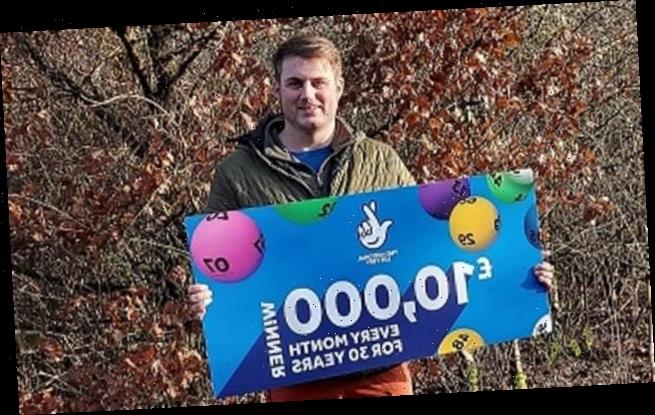 Bricklayer, 21, who won £10,000 a month for 30 years on National Lottery Set for Life draw finally tells his friends after keeping it secret for two weeks

A bricklayer who won a life-changing prize on the lottery has finally told his friends after he was left in disbelief for weeks.

But when he bumped into a friend just hours later he couldn’t bring himself to reveal the ‘shock’ win, and decided to keep it a secret until it had sunk in.

The block paver, who works for his dad’s business, said: ‘I woke up on the Tuesday morning and had forgotten all about the Set For Life ticket I had bought the day before. 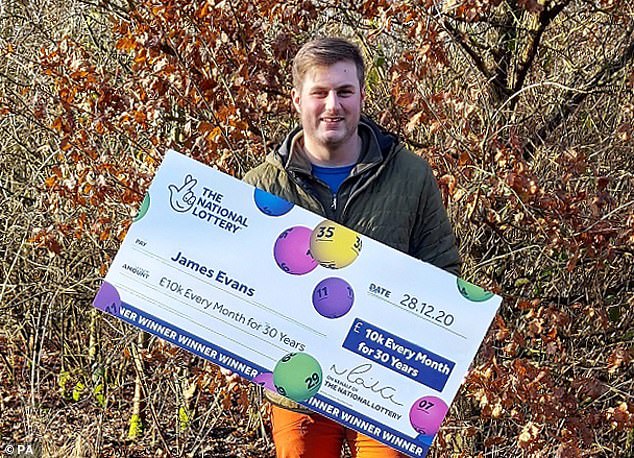 ‘I have been working consistently throughout the pandemic and I’ve been really busy, so I was enjoying some time off over the Christmas break.

‘I turned on my PlayStation, ready to play a game and checked my emails whilst waiting for it to load. I noticed an email from The National Lottery to say I’d won a prize, but didn’t think too much of it as I’d won £5 not too long ago.

‘I checked the National Lottery app and saw that I had matched all of the five main numbers and the Life Ball. I couldn’t believe it! I ran down to my mum to get her to check but she wasn’t sure either.’

James, from South Derbyshire, immediately called Camelot to confirm the win, before deciding to go rock climbing in an attempt at clearing his head.

‘While climbing, I ended up bumping into one of my best friends and his girlfriend, who were also climbing but I didn’t tell them about my win – I didn’t know what to do.’ 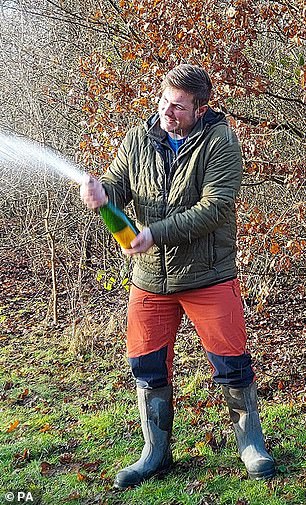 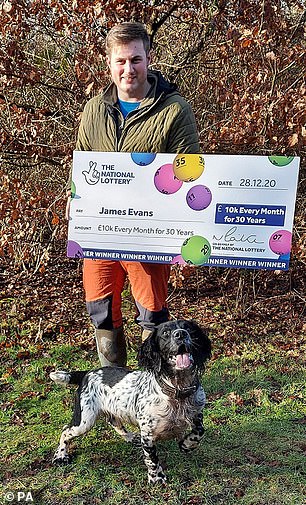 But when he bumped into a friend just hours later he couldn’t bring himself to reveal the ‘shock’ win, and decided to keep it a secret until it had sunk in

A few days after the win, and only having told close family, James enjoyed some New Year’s Eve celebrations with friends, having drinks and playing games virtually, and still managed to keep his win a secret.

James said: ‘I had a great evening with all of my friends but I was adamant I wasn’t going to tell anyone as it still didn’t feel real – it was really difficult not to slip up. I have since told all of my friends and they are so happy and shocked.’

Despite his new-found fortune, James plans to keep life as normal as possible, with no plans to move out of his parents’ home or stop working with his dad, but has lots of travel plans in the pipeline for after the pandemic.

James said: ‘After the win had sunk in a bit more, I started to think about all of the things I could do and buy. My first thought was a skiing trip to Canada with my family.

‘I would also love to go to Alaska, I will definitely take a trip of a lifetime there when it’s safe to travel again.

‘I am going to stay at home for the time being and have a think about what I want to do. 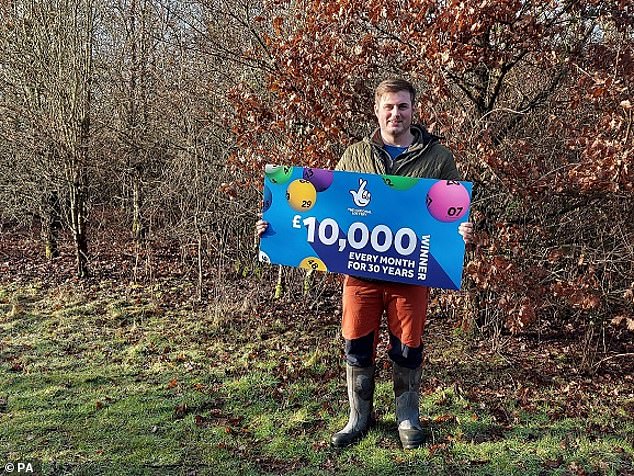 Despite his new-found fortune, James plans to keep life as normal as possible, with no plans to move out of his parents’ home or stop working with his dad, but has lots of travel plans in the pipeline for after the pandemic

‘My dad was chuffed for me and he doesn’t want me working for him for the rest of his life, but I will always be there to help him out, whatever I decide to do in the future.

‘There isn’t anything I need or want at the moment, although I have been eyeing up a new computer. I haven’t been able to play any of my sports due to the pandemic so having my Playstation has kept me busy.

‘I play badminton at a professional level and volunteer at my local badminton club to coach younger kids, which is something I love and am really proud of and I can’t wait to get back to coaching.

‘I never thought I would actually win, but you have to be in it to win it, as they say.’

Cryptocurrency's value plummets. Here's what it means for your taxes