Let’s take a look at these coins individually and if they are bullish or bearish.

Ethereum 2.0 is very close to going live, perhaps, this is what’s causing the altcoin to surge. In fact, ETH has outperformed BTC not in terms of price but in terms of social volume.

Regardless, ETH has formed an ascending channel, which is bearish. However, it is important to note that Bitcoin is currently exploring a new high, last seen in 2018. Hence, if the FOMO steps in, we can expect this bearish pattern to be invalidated.

The RSI indicator fell perfectly in line with the price movements indicating buyers’ momentum with this surge. We can expect ETH to surge back to $450+ if BTC starts to surge.

Tezos, unlike ETH or BTC, has been dropping constantly, however, despite its downtrend, it seems to be supported by a declining line [orange]. At press time, XTZ was trading at $1.848, however, the indicators indicate a bearish scenario for XTZ.

The MACD indicator showed the lines below the zero line. Albeit its bullish crossover, the surge doesn’t seem to be cemented. Adding more to this is the Stochastic RSI which indicates a bearish crossover. 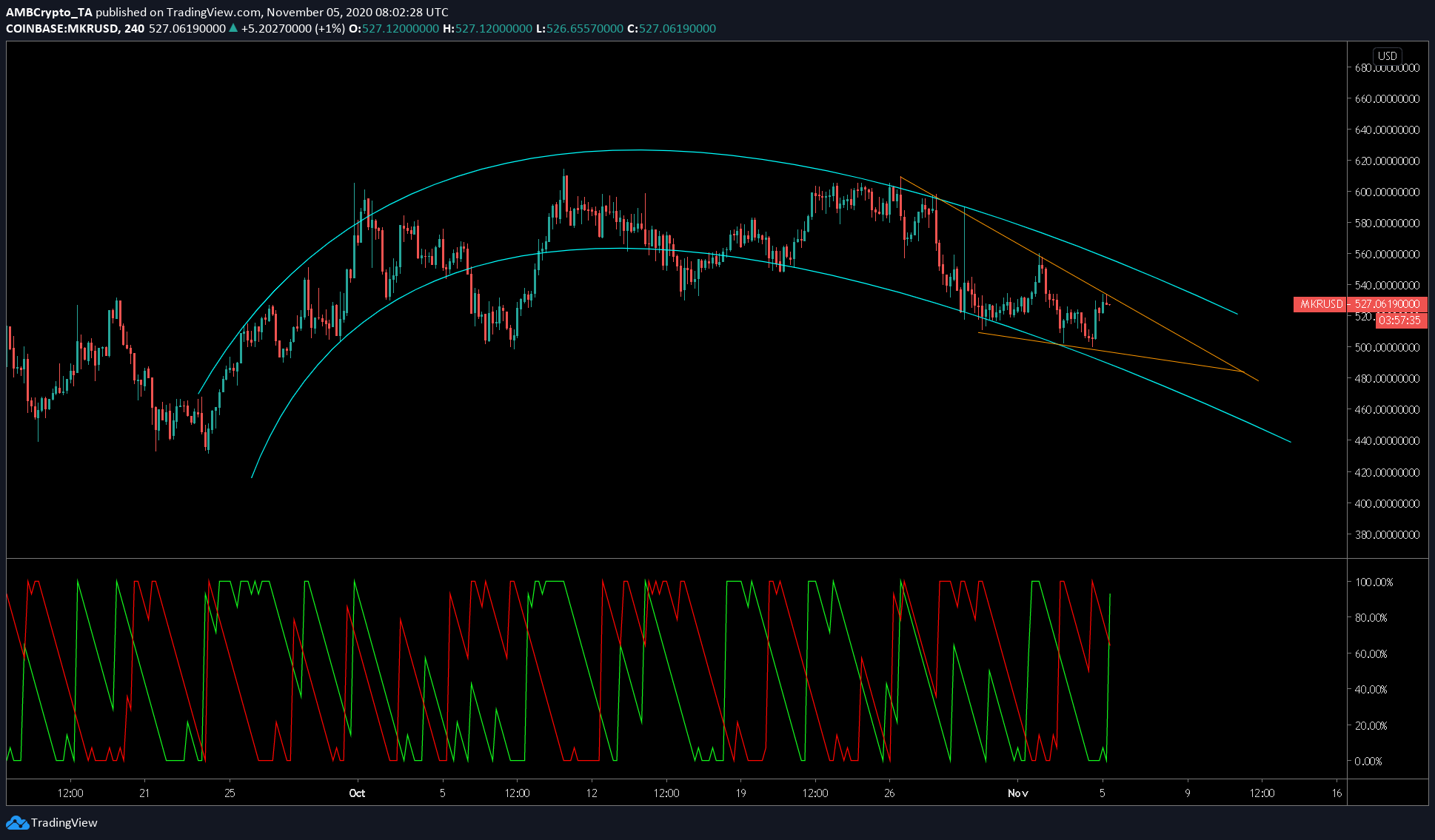 Maker is trading at $527 with a market cap of $480 million. Regardless of its high price, the governance token has seen a brutal 3.1% drop in the last 7 days. At press time, MKR is in a rounded top pattern and has started its downtrend.

Moreover, it is forming a falling wedge, hence, this is a short-term bullish indicator. Additionally, the downtrend seems to be losing steam as indicated by the Aroon downline [red line] while the uptrend gains momentum [Aroon up-line, green].

The SEC Tells Traders to Stay Away from Bitcoin Digital