Many of the market’s altcoins have enjoyed significant gains over the past few days, with some coins even posting double-digit percentage gains over a 24-hour period. At the time of writing, however, many of these alts were noting a pullback.

Bitcoin SV appeared to break out of the price range it had been trading within for the past two months. Basic Attention Token was unable to flip a level of resistance to support and it could see some more losses in the coming hours. Dash’s charts suggested that it was on a strong uptrend after gaining by nearly 50% since early November’s lows. 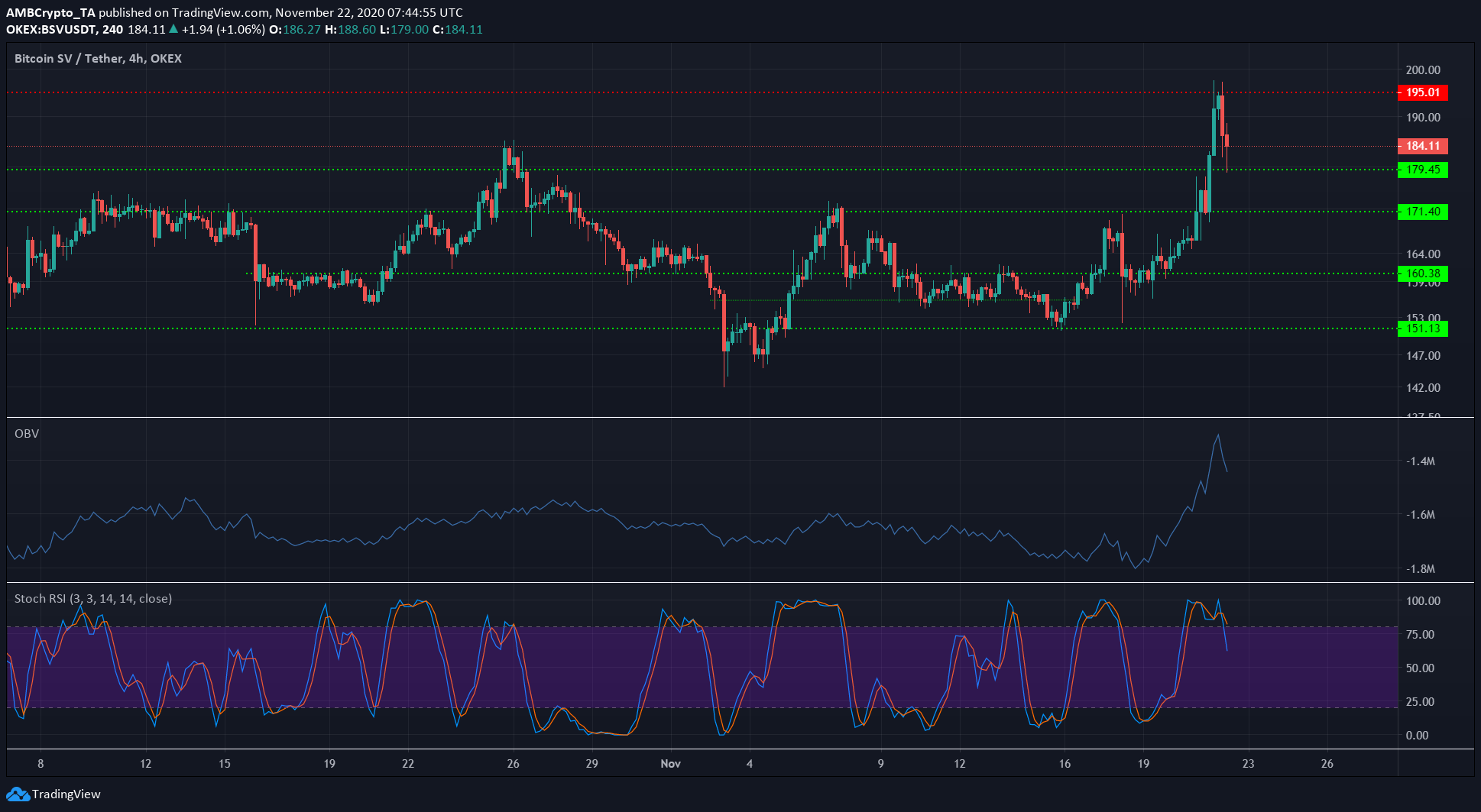 Bitcoin SV traded between the levels of $151 and $179 for the most part of September, October, and November. In fact, the latest surge saw it register a swing high of $197.5.

The OBV showed that buying volume has been on the rise, alongside the price, a sign of legitimate buyer interest being behind the hike in price.

The Stochastic RSI formed a bearish crossover in the overbought territory to indicate that the crypto-asset was due for a pullback. This could see the price drop further from $184 to $179. 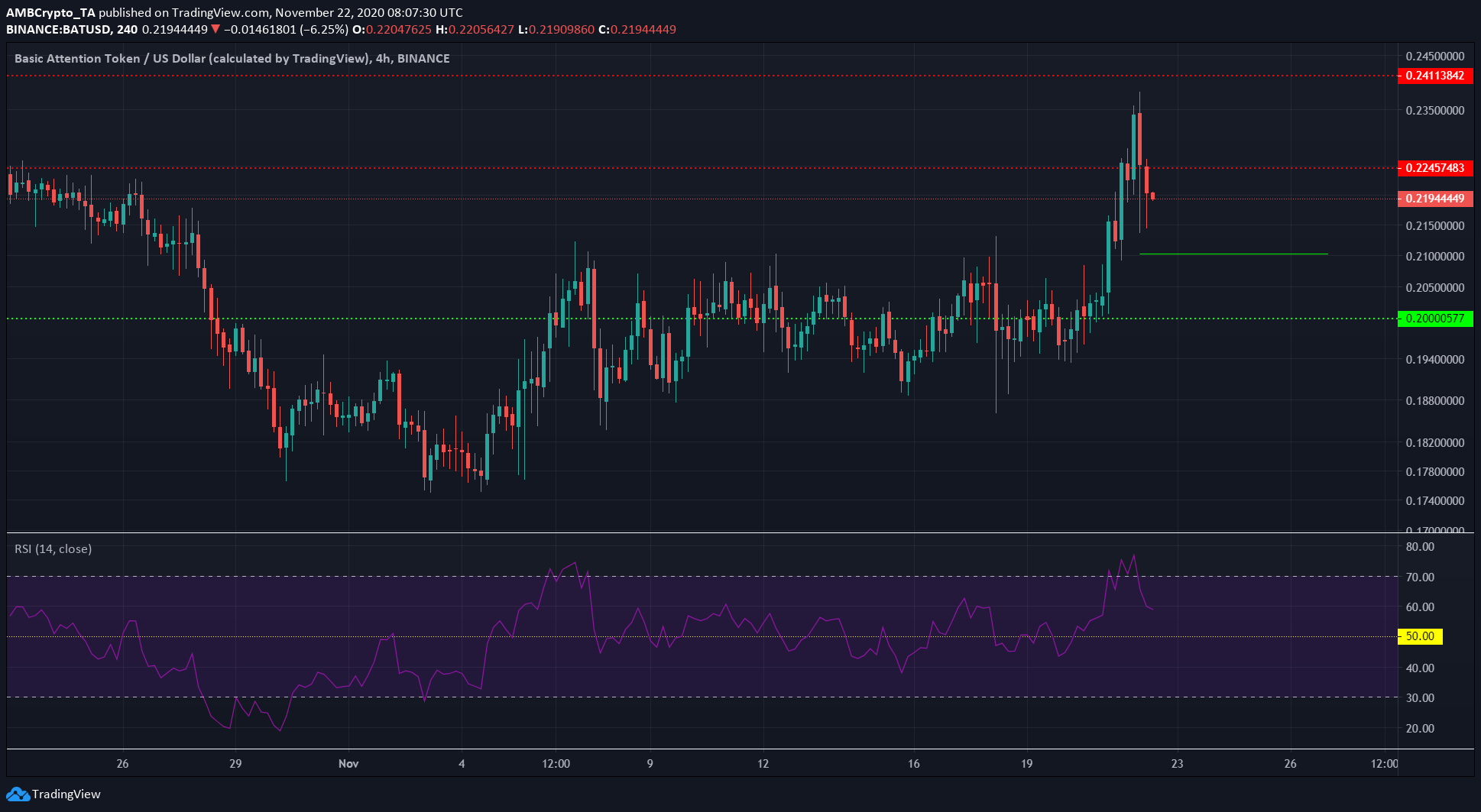 BAT was trading at $0.219 and it could see a pullback to the pocket of liquidity in the vicinity of $0.21, which represented a 4.7% depreciation in price.

The RSI showed that an uptrend was still in play and BAT’s bulls would seek to defend the price from any significant dips below $0.21. 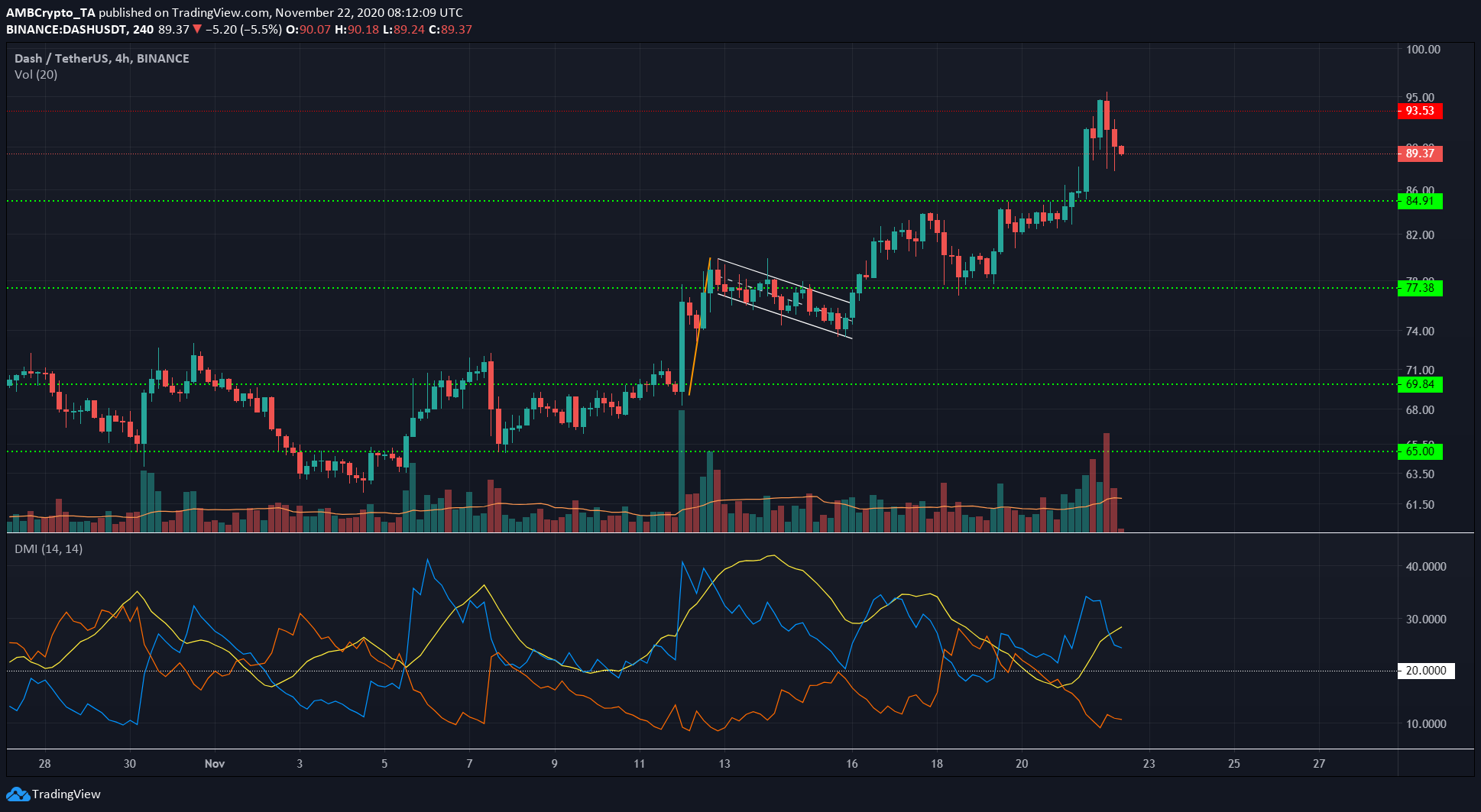 Dash had formed a bull flag and reached a projected target of $84 a few days previously, but the bulls weren’t content with that. With a level of resistance looming at $85, DASH consolidated under the resistance for a few days, before seeing a spike just past $95.

At the time of writing, DASH was in a pullback. The Directional Movement Index noted a strong uptrend for DASH as the ADX (yellow) soared above 20, while the +DMI (blue) highlighted the bullish nature of the trend.