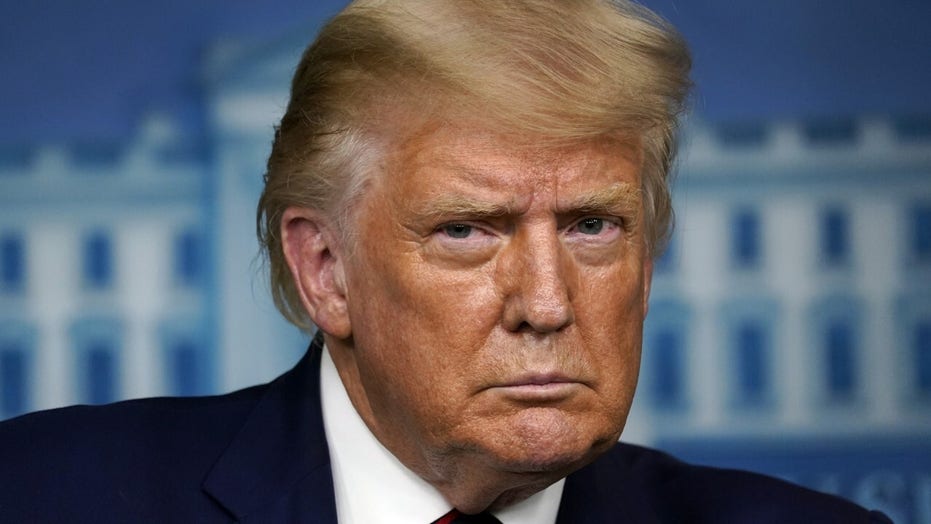 In a White House press briefing Friday, President Trump said that the U.S is in talks with Russia renegotiating a nuclear nonproliferation treaty, adding that China may be brought into those talks at some point later.

“We’re right now negotiating a nuclear nonproliferation treaty, which is very important,” Trump said. “To me it’s the most important thing. Some people say global warming, I don’t – I say this is far more important.”

Russia has the world’s largest nuclear arsenal, and the United States is a close second, and collectively the U.S. and Russia make up 90 percent of the globe’s nuclear arms, according to Defense News.

The U.S. has a reported 5,800 nuclear warheads while Russia has more than 6,300. China does come in third globally for the nuclear arsenal count with 320 warheads, followed closely by France which possesses 290, according to the Arms Control Association.

Trump’s announcement Friday is contrary to the line the administration pushed earlier this year, when U.S. Secretary of State Mike Pompeo said that any nuclear arms talks with Russia must include China.

The New Strategic Arms Reduction Treaty, known as START, which was signed by former President Barack Obama and then Russian President Dmitry Medvedev in 2010, is set to expire in Feb. 2021.

START was made in accordance with the original nuclear arms treaty signed in 1987 by former President Ronald Regan and Soviet leader Mikhail Gorbachev, which effectively brought an end to the Cold War.

Both treaties sought to reduce the number of nuclear arms each country possessed and to encourage nuclear nonproliferation globally.

Trump pulled out of the 1987 treaty in Oct. 2018, citing Russia’s noncompliance to the agreement, leaving just the START treaty in place.

But Russian Foreign Minister Sergey Lavrov said he was not optimistic that the expiring treaty would be renewed with the U.S.’s new demands to bring China into the agreement.

“We only need the extension as much as the Americans do,” Lavrov said during a conference call with foreign policy experts in July. “If they categorically refuse, we will not try to persuade them.”

China flatly rejected all calls by the U.S. to sign a nuclear nonproliferation treaty, and citied the hypocrisy of the Trump administration which pulled out of the 1987 Intermediate-Range Nuclear Forces treaty with Russia.

China has said it is committed to a no-first-use policy, a nuclear deterrence strategy that means China won’t strike first.

“We hope the U.S. will stop playing dumb,” Chinese Foreign Ministry spokesperson Hua Chunying said in response to the U.S.’s previous stance on extending their nuclear nonproliferation treaty. “With the largest nuclear arsenal, the US should respond to international concern, earnestly fulfill its special and primary responsibilities to nuclear disarmament, respond positively to Russia's call on extending the New START and further drastically reduce its nuclear arms stockpile.”

Russian officials have said they would agree to extend the treaty without stipulations.

The Special Envoy for Arms Control Ambassador Marshall Billingslea, has reportedly been in talks with Russia over negotiating a new treaty. And Trump signaled at the end of July that the U.S. may be moving forward with negotiations with Russia first, and China later.

The State Department could not be immediately reached for comment.

Can a liquidity marketplace advance the crypto industry?

Two kids, no support system and $167 in unemployment benefits: One single mom's plight in the age of Covid-19
Technology