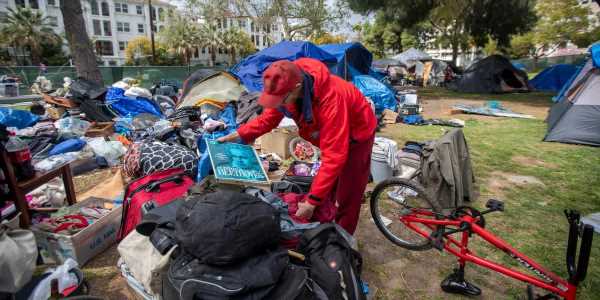 Los Angeles could offer thousands of poor residents $1,000 a month, 'no questions asked'

Over one in five residents of Los Angeles live in poverty, making it one of the poorest big cities in the nation — a fact most visible in the tens of thousands of people who sleep on its streets every evening. But some could soon receive a cash infusion from their government.

In his annual “state of the city” address, Garcetti outlined a $24 million proposal to lift up the city’s poor residents without the bureaucracy of traditional welfare programs, which tie assistance to specific goods, such as food or housing. The aid, according to LAist, will be directed to families that live at or near the federal poverty line.

The “direct help,” Garcetti said, will “begin to tear away at poverty in our city and show this nation a way to fulfill Dr. King’s call for a basic income once and for all.”

In the 1970s, Dr. Martin Luther King advocated for a guaranteed income equivalent equal to the median wage, which would be over $30,000 today. Garcetti’s proposal will only make a dent in a region where hundreds of thousands of people live in poverty.

But, the Los Angeles Times reported, any city-wide effort will be supplemented by district-level initiatives, including one in South Los Angeles to provide $1,000 annual cash assistance to single parents.

Humanity Forward, the nonprofit of former presidential candidate Andrew Yang who was a major proponent of universal basic income and ran his campaign on the platform, partnered with the $1K Project last August to bring $1,000 direct monthly payments to struggling American families amid the ongoing COVID-19 pandemic.

“If Congress had its s— together, we’d all be getting direct, recurring payments throughout this pandemic, and something like what we’re doing with $1K Project would be less vital,” Yang, who is now running for mayor of New York, told Insider in August. “In the absence of congressional action, then what we’re doing seems even more immediate and vital.”