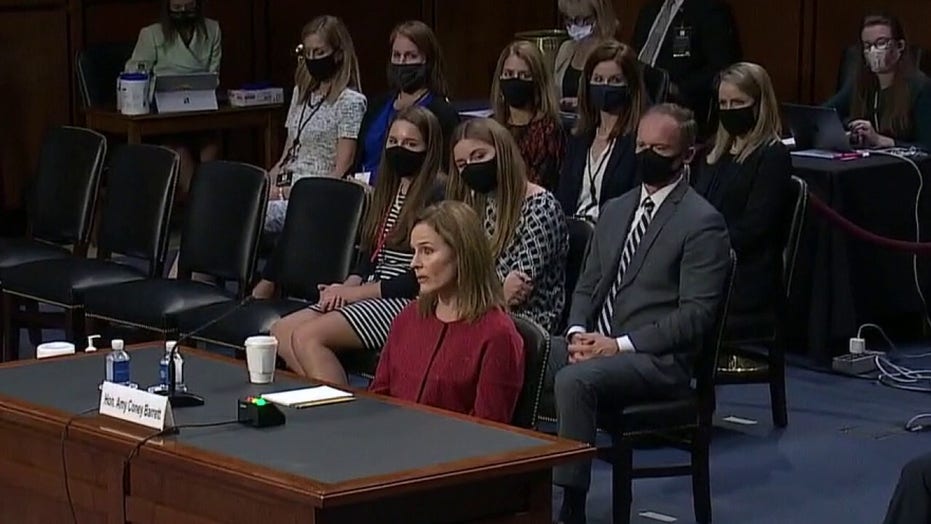 Sen. Cory Booker, D-N.J., brought up the fear that his constituents have about potentially losing the protections under the Affordable Care Act if the Supreme Court strikes down the President Obama-era law during an upcoming case.

"All I'm asking is, can you empathize with that?" he added. 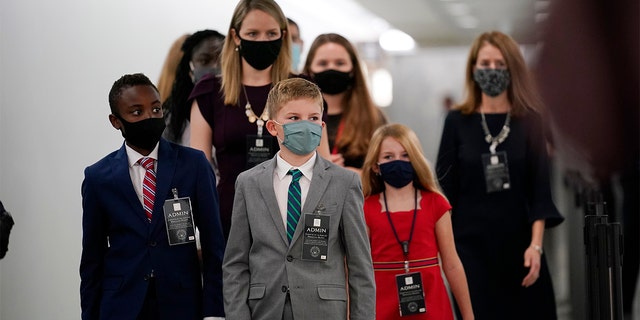 The children of Supreme Court nominee Amy Coney Barrett arrive on Capitol Hill before she will begin her confirmation hearing before the Senate Judiciary Committee, Monday, Oct. 12, 2020 on Capitol Hill in Washington. (AP Photo/J. Scott Applewhite)

Barrett, a mother of seven children, including two from Haiti, brought up the visit to an orphanage to adopt her daughter, Vivian.

She continued: "It made me appreciate the fact that we have access to health care so I could certainly empathize with all of that."

While Barrett wouldn't say how she'd rule on the Affordable Care Act case that will come before the court Nov. 10, she pledged to "consider all of the arguments on both sides."

Democrats brought pictures of children and sick Americans to line the Senate Judiciary Committee's hearing room as a reminder of what's at stake with the healthcare case.

BARRETT SAYS SHE WON’T GIVE ISSUES 'THUMBS UP OR THUMBS DOWN' AS DEMS GRILL NOMINEE ON OBAMACARE, TRUMP

Booker said he wanted the federal appeals judge to "understand the fear that is in America right now."

Democrats believe Barrett would vote against the Affordable Care Act because her mentor, late Justice Antonin Scalia, did twice before. At the White House nominating ceremony Sept. 26, Barrett made a point to say she shares the same philosophy as Scalia that a judge must apply the law as written and not make policy.

"His judicial philosophy is mine too," Barrett said.

She publicly sided with the dissent, written by Scalia, in another Supreme Court case that upheld ObamaCare, known as King v. Burwell.

"The dissent has the better of the legal argument," Barrett said in an NPR interview after the ruling.

But on Tuesday, Barrett told senators she would approach the new Affordable Care Act case without any agenda.

“I'm not here on a mission to destroy the Affordable Care Act. I'm just here to apply the law and adhere to the rule of law,” Barrett said.

The senators' questioning of Barrett will continue Wednesday.

Trump Planning ‘Victory’ Party In D.C., Letting Him Cash In For Maybe The Last Time