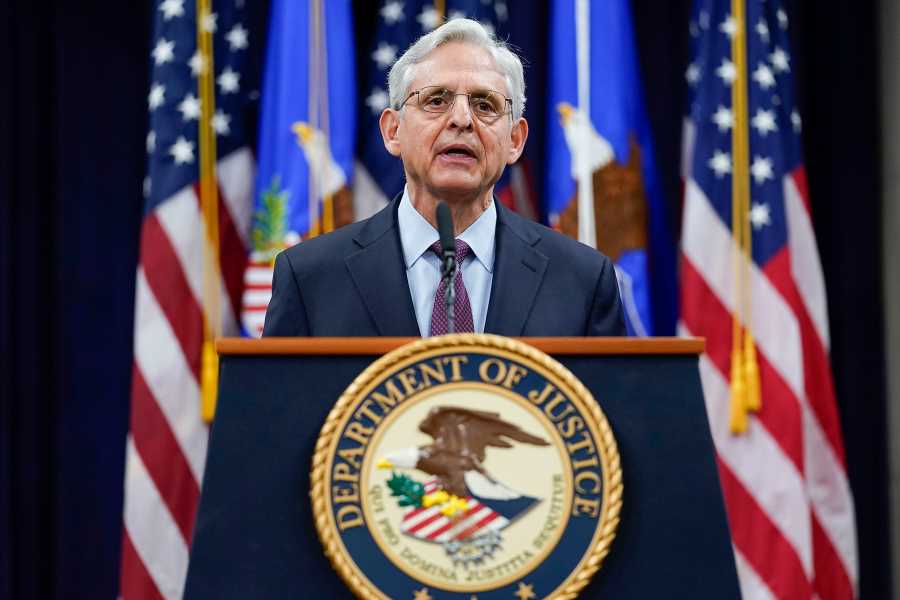 Garland: The DOJ Will Prosecute Jan. 6 Criminals 'At Any Level' Regardless of Whether They Were at Capitol

Attorney General Merrick Garland said the Justice Department is “committed” to prosecuting the offenders responsible for Jan. 6 “at any level,” regardless if they were present at the Capitol that day or not.

The DOJ “remains committed to holding all Jan. 6 perpetrators, at any level, accountable under law — whether they were present that day or were otherwise criminally responsible for the assault on our democracy,” Garland said in a Tuesday speech from the department addressing the Jan. 6 prosecutions.

Garland said that the investigation into the events surrounding the insurrection has become “one of the largest, most complex, and most resource-intensive investigations in our history.” So far more than 150 people have pleaded guilty to crimes committed on Jan. 6, according to Politico‘s tracking, while more than 700 suspected of committing crimes related to the riot have been arrested and charged. Only 71 had been sentenced as of Jan. 1.

A Guide to the Right's Unhinged Conspiracy Theories about Jan. 6

The Best Audiophile Turntables for Your Home Audio System

Garland’s remarks signaled that the DOJ has focused first on smaller offenders in order to build a “foundation” for later cases against bigger fish. Some of those larger targets, like former Trump advisor Steve Bannon, are already in legal jeopardy. Bannon has been indicted on contempt charges over his refusal to cooperate with a subpoena from the the House select committee investigating Jan. 6. Trump’s former White House chief of staff, Mark Meadows, will likely also face contempt charges. Congress voted to hold Meadows in contempt on Dec. 14, and referred the matter to the Justice Department to pursue charges. Finally, the biggest potential Jan. 6 target of all, Trump. Some experts have proposed that the former president may be criminally liable for his inaction that day or his attempts to obstruct an official congressional proceeding, but that case largely would depend on what evidence the Jan. 6 committee and DOJ are able to uncover and who else pleads guilty or cooperates.

As University of New Mexico law school Professor Joshua E. Kastenberg told The Daily Beast, “The DOJ and the committee are building a pyramid of guilt to get to the top. The more people who plead guilty, the more the top of the pyramid begins to take shape.”

American Cities With the Lowest Rate of Larceny Theft
Technology