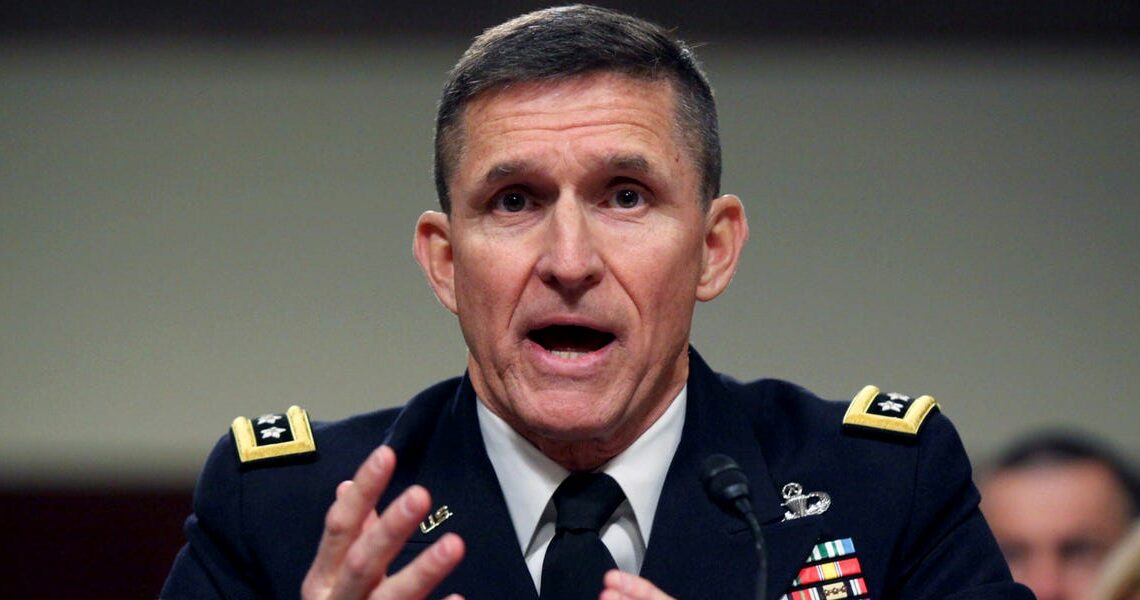 Former national security advisor Michael Flynn said that he believes the coronavirus pandemic was fabricated to distract from the 2020 election.

Flynn, who has become a prominent figure in the QAnon conspiracy theory, falsely claimed in an interview Friday that the virus was made up before November 3 last year “to gain control” of society.

“When you look around the world, why do all these places not have the problems that we keep getting beat over the head and shoulders on in this country when it comes to Covid?” Flynn said, according to The Independent.

Read more: 8 former Biden staffers with top jobs at Amazon, Facebook, Walgreens, and Fox are part of the president’s growing network among the corporate elite

Watch the interview below:

Flynn also claimed he had taken hydroxychloroquine — the anti-malaria prescription drug touted by Former President Trump as a COVID-19 cure — for 30 years.

The drug, which is often given to US military members to prevent malaria in foreign countries, has been proven not to help against COVID-19, multiple studies have shown. Flynn is a retired United States Army lieutenant general.

Flynn served as Former President Donald Trump’s national security advisor in January and February 2017 before resigning over reports that he had lied about his contact with a Russian official.

He later pleaded guilty to lying to the FBI about his communications with Russia’s ambassador to the US at the time. Trump eventually pardoned him.

It's not your imagination. Rising airfares and hotel rates are making vacations more expensive