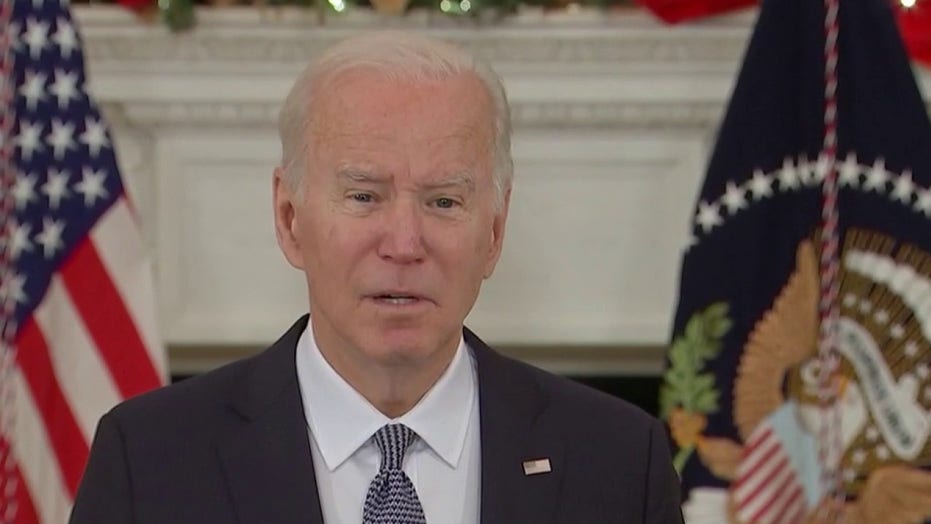 Rep. Alexandria Ocasio-Cortez and some fellow progressive lawmakers joined a group of protesters outside the U.S. Capitol Tuesday to demand that Senate Democratic leaders ignore their chamber’s parliamentarian and include a path to citizenship for illegal immigrants in the reconciliation spending bill.

“We will not surrender our power to an unelected parliamentarian,” Ocasio-Cortez said. “Our demand is for the Senate to override the parliamentarian, include a full path to citizenship, and send it back to the House.” 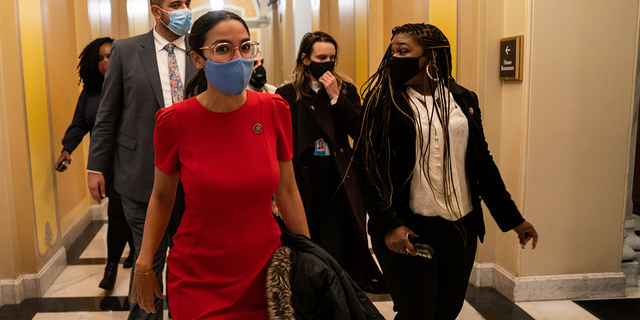 Rep. Alexandria Ocasio-Cortez (D-NY) and Rep. Cori Bush (D-MO) departed from the House side of the U.S. Capitol Building on Saturday, Nov. 6, 2021 in Washington, DC.

Democrats in both the House and Senate see their reconciliation spending bill as a unique opportunity to pass immigration reform. Ocasio-Cortez called it a “ventana de oportunidad” — Spanish for “window of opportunity.”

Ocasio-Cortez: “The Senate needs to step up… The parliamentarian is not elected.” pic.twitter.com/jjqArjAzeA

This is because the filibuster threshold on a reconciliation bill is lowered from 60 to 51. Therefore, if Senate Democrats stay united they could completely overhaul the immigration system without any GOP votes.

But the bills passed under reconciliation are also subject to the “Byrd Rule,” which bars provisions that do not have a fiscal impact from being included in the bill. Senate Parliamentarian Elizabeth MacDonough rules which parts of the bill fall under that rule and must be removed.

Senate Democratic leaders so far are willing to abide by MacDonough’s rulings even as she’s nixed multiple immigration proposals from reconciliation already.

AOC: The window of opportunity for pathway to citizenship is now. Don’t listen to those who say we don’t have the power, the opportunity is here and now. pic.twitter.com/Cy3P2tSqUl

But progressives and immigration activists want those leaders to either fire MacDonough — Republicans fired a parliamentarian in 2001 over a disagreement about a ruling — or to simply ignore her. And they are not shy about making their case. 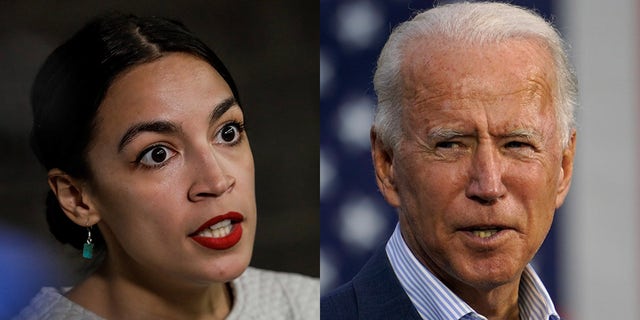 Two protesters at the event carried massive printouts of the faces of Senate Majority Leader Chuck Schumer, D-N.Y., and Majority Whip Dick Durbin, D-Ill. They were dressed up in green beards and Santa hats — like the Grinch.

Other activists carried signs demanding Democrats “keep your promise” and give migrants a path to citizenship. “Schumer where is the citizenship?” one sign read.

“This is not what we have been fighting for over three decades across this country,” Rep. Chuy Garcia, D-Ill., said of the immigration proposal in the House-passed reconciliation bill. It was scaled back to give Democrats a chance to get some type of reform past MacDonough.

“The cry has been for immigration reform for as many people as possible, and today we have 11 million people on our minds and in our hearts,” he added. 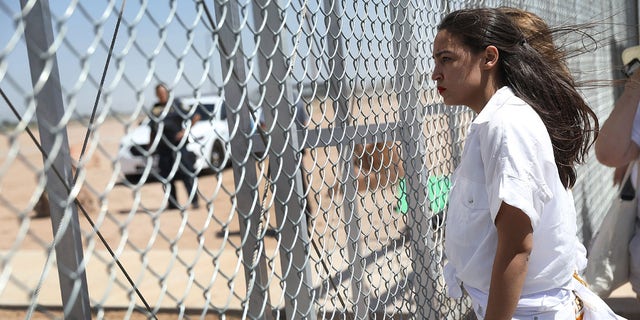 It appears highly unlikely Ocasio-Cortez, Garcia, and their fellow progressives will get what they want on immigration reform. The Senate is evenly split at 50-50, and it is nearly certain that at least one Democrat would refuse to vote to overrule the parliamentarian.

In fact, it’s not clear the reconciliation bill will make it through the Senate at all, with negotiations between moderate Sens. Joe Manchin, D-W.Va., Kyrsten Sinema, D-Ariz., and party leaders moving slowly this month. Manchin has publicly suggested the bill could take until next year to pass.

States With Most Property Crimes