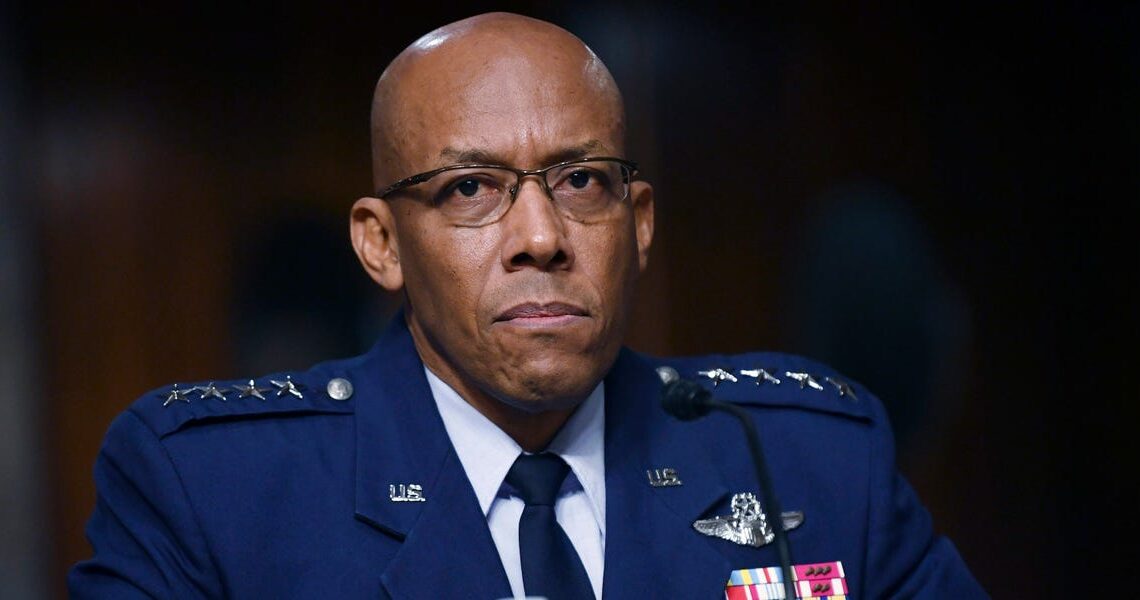 Air Force's top officer says he was compelled to tackle racial injustice, even though his promotion was on the line

The top US Air Force officer explained why he decided to release a revealing statement about racial injustice following the killing of George Floyd, and the protests that followed in the summer of 2020.

Air Force Chief of Staff Gen. Charles "CQ" Brown Jr. said he "really debated" about his response to Floyd's killing after a phone conversation he had with his son, who was "really struggling with the events."

"He asked me, 'Dad, what is [Pacific Air Forces] going to say,'" Brown said in an interview with Washington Post columnist David Ignatius.

At the time, Brown was the commanding officer of the Air Force's assets in the Pacific region.

"What he was really asking me was, 'Dad, what are you going to say,'" Brown added, his voice breaking with emotion.

Earlier in May, Brown had testified before the US Senate to be confirmed as the next Air Force chief of staff. Around two weeks later, George Floyd was killed by police officers while being arrested. The killing prompted a wave of massive protests and demands for racial justice around the country.

Brown, who was awaiting to be confirmed to lead the entire Air Force as its first Black leader, was in a delicate situation.

"I did not want to step on the toes of … my predecessor, but at the same time, I had airmen that were wondering what I was thinking about," Brown said.

Military leaders, particularly those still in the service, have avoided discussing politically-charged topics in an effort to appear apolitical. When discussing the matter of race, military leaders have traditionally been even less decisive, often relying on boilerplate statements about their opposition to racism.

"So I was kind of on the fence because I really wanted to say something," Brown said. "But I was also kind of waiting for confirmation."

When his expected confirmation did not take place on a certain date, Brown said he told himself, "Okay, I'm just going to do it."

Brown released a recorded statement in which he explained his personal experience with racial injustice in the Air Force.

"As the Commander of Pacific Air Forces, a senior leader in our Air Force, and an African-American, many of you may be wondering what I'm thinking about the current events surrounding the tragic death of George Floyd," Brown said in his statement.

"I'm thinking about how full I am with emotion not just for George Floyd, but the many African-Americans that have suffered the same fate as George Floyd," he said. "I'm thinking about protests in 'my country tis of thee, sweet land of liberty,' the equality expressed in our Declaration of Independence, and the Constitution that I've sworn my adult life to support and defend."

Brown's statement, which was initially intended for service members under his command, circulated through the Air Force and went beyond the military.

"I had no intention for it to go as broadly as it did," Brown told The Post. "But in hindsight, I'm glad it did, because it's many of the things that I've dealt with, what our sons have dealt with, and many others that look like me have dealt with. Not just African Americans, but you can talk about any diverse group within our country that has dealt with the level of either discrimination or disparity."

"And from that aspect, I've never been afraid to speak up, and I far exceed any place I ever planned to be," Brown added. "But I always wanted to say what's on my heart, and that's what I did."

Brown was eventually confirmed and became the first Black officer to command a US service branch. The four-star general has over 2,900 flying hours at a fighter pilot, 130 hours of which were in combat.