The dollar could be a curse for America 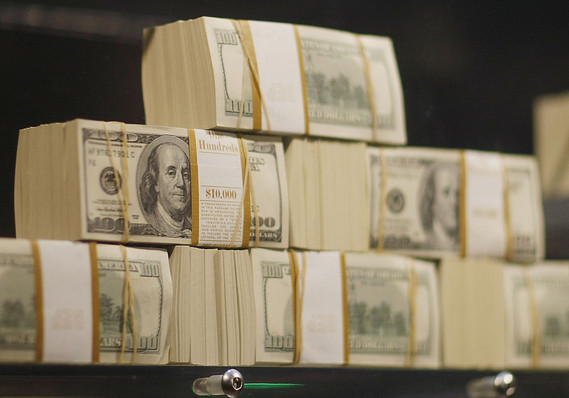 Oil has proven a curse for many developing countries and now, troubles abroad and growing reliance on the dollar could prove the same for America.

Petroleum permits national leaders to engage in socialist giveaways, placate elites by padding their bank accounts and consolidate dictatorial power without making the kinds of broad investments in industries and human resources that ensure lasting prosperity. Venezuela is collapsing as the money runs out and Saudi Arabia will do the same.

Decadent politics and economic policies in Europe and Asia are making the euro EURUSD, +0.0885% , yen USDJPY, -0.05%  and yuan USDCNY, +0.0447%  unattractive as long-term investments. Money managers and pensioners are smart to hedge their portfolio with dollar-denominated securities and if they can, American real estate.

Theresa May — who did not support leaving during the Brexit campaign — has carefully maneuvered Britons into a Sophie’s choice. Accept colonial status inside the European Union — remain in the customs union with no say about the rules — or a hard break with no plan to manage it.

The ultimate EU victory over Brexit will intimidate Italy and other victims of its maddening macroeconomic, currency and immigration policies from demanding systemic change or eventually bolting. Germany, which ultimately dictates the rules, will continue to arrogantly profit while Europe’s southern underbelly remains permanently near or in recession and growth overall remains anemic.

Japan’s population and labor force are aging and shrinking. Labor force and robust economic growth cannot be sustained unless women accomplish a minimum fertility rate of 2.1 or populations are backfilled by immigration, which the Japanese culturally resist.

Prime Minister Shinzo Abe can strengthen banks, break up industrial cartels and reform labor markets but unless his efforts to boost immigration shift into high gear, Japan collapses. The yen one day becomes worthless and investors are smart to buy U.S. Treasuries TMUBMUSD10Y, -0.13% and Hawaiian real estate—not California property, because most Golden State residents want out.

Chinese President Xi Jinping has fashioned himself president for life and imposed tougher state orchestration of private firms, central planning and electronic monitoring and ideological conformity on ordinary citizens. Investing in the yuan would be akin to buying Mussolini war bonds in 1939.

Businesses follow suit. The dollar’s share of cross-border debt financing has jumped to 62% even though the U.S. is one-fifth of the global economy. Forty percent of all cross-border trade is denominated in dollars — 23% of German exports even though only 6% are headed for America.

All this permits Americans to borrow increasing sums from foreigners and sell U.S. real estate and other assets at handsome prices. The federal deficit has more than doubled since 2015 without long-term U.S. interest rates rising very much by historical standards. The 30-year Freddie Mac mortgage rate is 4.3% whereas it peaked at 6.8% before the financial crisis and above 9% in the mid-1990s.

Slow growth abroad has inspired other large economies to turn to protectionism and imposed a $620 billion trade deficit on the United States, devastated interior American communities once reliant on manufacturing, and put Donald Trump and America First in the White House.

The ultimate bottom line is that Modern Monetary Theory is partially right—the U.S. can pay for significantly more public spending.

Not on the merits of growth and a tax dividend but on the good luck of green gold. The global appetite for dollars BUXX, -0.06% permits Uncle Sam to run the printing presses but that is not an unlimited warrant. And like black gold, green gold can be misused.

Mayor Bill de Blasio and Gov. Andrew Cuomo subject New Yorkers to a third-world subway system. Eight hundred million dollars is being spent on modernization but $40 billion is needed to bring the system up to par with Paris or London. Yet those politicians recently found the money for free pre-school child care and paid family leave.

Nationally, artificial intelligence is driving innovation and growth. China has a well-financed program but the U.S. budget does not finance the same. Instead more Americans are on the dole than before the financial crisis, and that’s Rep. Alexandria Ocasio-Cortez’s recipe for turning America into a socialist paradise like Venezuela.