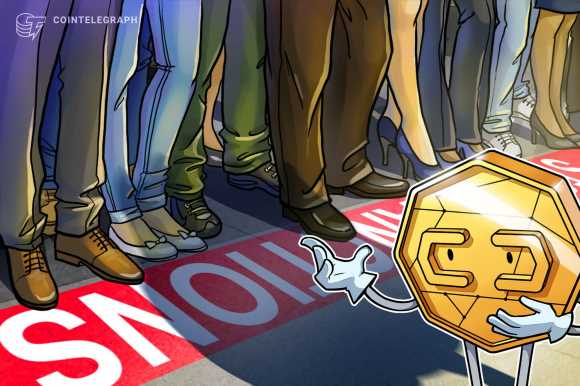 The United States Department of the Treasury’s Office of Foreign Assets Control has announced it will impose sanctions on darknet market Hydra and virtual currency exchange Garantex.

In a Tuesday announcement, the Treasury Department said it had worked with the Department of Justice, the Federal Bureau of Investigations, the Drug Enforcement Administration, the Internal Revenue Service Criminal Investigation and Homeland Security Investigations to sanction the Russia-based darknet marketplace as well as Garantex. The move from the U.S. government agencies came the same day the German Federal Criminal Police announced it had shut down Hydra’s servers in Germany and seized more than $25 million worth of Bitcoin (BTC) connected to the marketplace.

According to the Treasury Department, the sanctions were part of an international effort aimed at “[disrupting the] proliferation of malicious cybercrime services, dangerous drugs and other illegal offerings.” Treasury Secretary Janet Yellen said ransomware operators and those engaging in other cybercrimes were able to operate in Russia “with impunity,” posing a potential threat to U.S. interests.

The U.S. government agency alleged Garantex had “willfully disregard[ed]” Anti-Money Laundering and Combating the Financing of Terrorism requirements imposed by many regulators on virtual currency exchanges. In addition, it hinted the firm was run by individuals exhibiting a “wanton disregard for regulations and compliance.”

The Office of Foreign Assets’s investigation found more than $8 million connected to ransomware attacks had moved through Hydra, while Garantex facilitated more than $100 million in transactions “associated with illicit actors and darknet markets.” The Treasury Department worked with Estonian authorities for its investigation of Garantex, which determined the exchange had continued to carry out operations in Russia.

The Treasury Dept. also listed more than 100 addresses for BTC, Tether (USDT) and Ether (ETH) connected to Hydra’s and Garantex’s operations as “Specially Designated Nationals” — from which “assets are blocked and U.S. persons are generally prohibited from dealing with them.” In addition, the agency concluded Hydra was “reasonably likely to result in, or have materially contributed to, a significant threat to the national security, foreign policy or economic health or financial stability” of the United States:

“Some virtual currency exchanges are exploited by malicious actors, but others, as is the case with Garantex, Suex and Chatex, facilitate illicit activities for their own gains. Treasury continues to use its authorities against malicious cyber actors and their facilitators in concert with other U.S. departments and agencies, as well as our foreign partners, to disrupt financial nodes tied to ransomware payments, cyber-attacks and other illicit activity.”

Related: The world has synchronized on Russian crypto sanctions

The U.S. government’s actions followed the Treasury Department imposing sanctions on Russia-based business Suex OTC in September 2021 for allegedly allowing hackers to access cryptocurrency sent as payment for ransomware attacks. Agencies from the FBI to the Justice Department have since set up task forces aimed at enforcing and investigating actors using cryptocurrencies for money laundering and other cybercrimes.

Yellen is expected to speak on the role of crypto in the U.S. economy at American University in Washington, D.C. on Thursday.