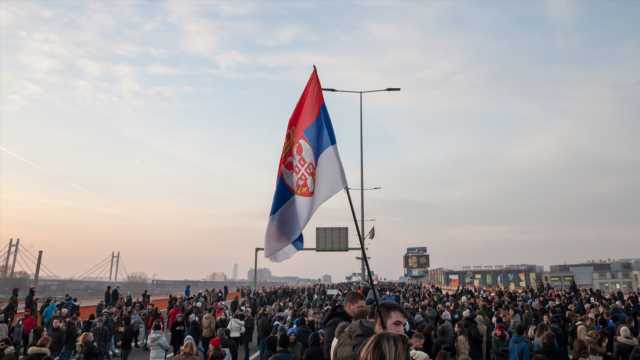 The number of cryptocurrency holders in Serbia has climbed to around 200,000 with interest in cryptocurrencies increasing alongside growing crypto markets. The country’s decision to legally recognize digital assets this year has also contributed to their increasing popularity.

Recently adopted regulations and genuine investor interest have placed Serbia, a nation of 7 million located in Southeast Europe, among countries that view cryptocurrency as a thing of the present. About 200,000 Serbs now own one coin or another, local media reported, quoting the latest estimates provided by the crypto industry.

Serbia’s Law on Digital Assets entered into force at the end of June, this year. The legislation recognizes cryptocurrencies like bitcoin as virtual assets. Its provisions define them as digital records of value that can be purchased, sold, transferred, and exchanged. Serbs holding cryptos have increased in number since its adoption, the business news portal Ekapija noted in a report.

“Every month this year we have had a serious growth in the purchase and sale of cryptocurrencies,” Marko Zivkovic, director of marketing at the crypto exchange ECD told the Tanjug news agency. “The market in Serbia is definitely growing and we are not lagging behind some developed world markets,” the executive stressed.

The crypto trading platform operates with a temporary permit, which allows it to offer users the option to buy and sell coins. It’s expecting to obtain permanent authorization from the National Bank of Serbia (NBS) in the first months of next year. Zivkovic notes that once the exchange is fully licensed, it will be able to also process crypto payments for goods and services.

Pointing to the significant increase in the capitalization of the global crypto market in the past two to three years, economist Malisa Djukic commented that interest in cryptocurrencies among investors, small and large, is undoubtedly on the rise. The same is true for the number and value of crypto transactions, he added.

As for interest in crypto trading in Serbia, a similar observation can be made, Djukic noted, emphasizing that the adoption of legislation treating cryptocurrencies as assets has helped the trend. He explained that the law has created a legal basis allowing companies to record crypto funds on their balance sheets and report gains or losses resulting from related operations. It has also made it possible for the government to tax crypto investments.

In terms of cryptocurrency adoption, Serbia has a lot of ground to cover to catch up with the regional leaders, two other former Yugoslav republics. A report from last year revealed that Bitcoin-friendly Slovenia has over 1,000 locations accepting various digital currencies. Crypto payments are spreading in neighboring Croatia as well, where a leading supermarket chain is now accepting nine coins in its online store.

Celebrate Christmas with your kids – they already believe in God