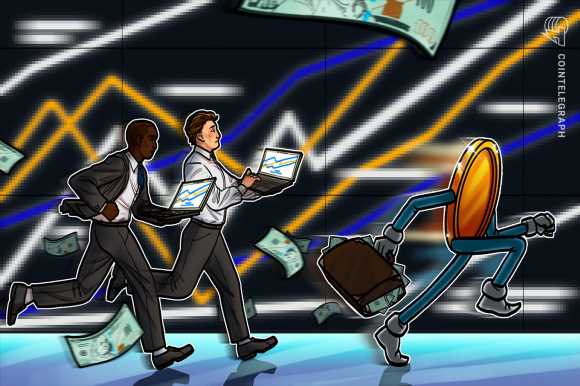 Leading U.S. exchange by trade volume, Coinbase, has revealed plans to add half a billion dollars worth of crypto to its balance sheet.

Coinbase CEO, Brian Armstrong, announced that the company’s board had approved the crypto spending spree in an August 20 tweet, adding that Coinbase also plans to invest 10% of all profits generated into digital assets moving forward.

Armstrong also indicated the company hopes to increase the percentage of profit it allocates to cryptocurrency purchases over time.

A blog post published by Coinbase on the same day announces that the move will establish the exchange as the first publicly-traded company to hold Ether, DeFi tokens and Proof-of-Stake assets on its balance sheet.

“Our investments will be continually deployed over a multi-year window using a dollar cost averaging strategy. We are long term investors and will only divest under select circumstances, such as an asset delisting from our platform.”

The post adds that future investments may be informed by its customers’ holdings, suggesting Coinbase may add an asset to its balance sheet should users make significant custodial deposits of a given crypto cryptocurrency.

Coinbase will make its trades on third-party platforms or via its over-the-counter trading desk to avoid creating conflicts of interest with its customers.

According to Crypto Treasuries, Coinbase is currently the eight-largest public company by Bitcoin holdings on its balance sheet, and the largest crypto exchange by value of BTC held in its treasury.

The news about new expenditures on crypto comes just a day after Coinbase completed its Japanese launch in partnership with Mitsubishi UFJ Financial Group (MUFG). Coinbase will also gain access to Mitsubishi’s customer base of about 40 million customers as part of their agreement, according to the announcement.

On the same day, Coinbase also announced that it had amassed a $4 billion war chest of cash to prepare for regulatory expense and the next crypto winter.

23 and counting: VanEck and ProShares file for ETH futures ETFs