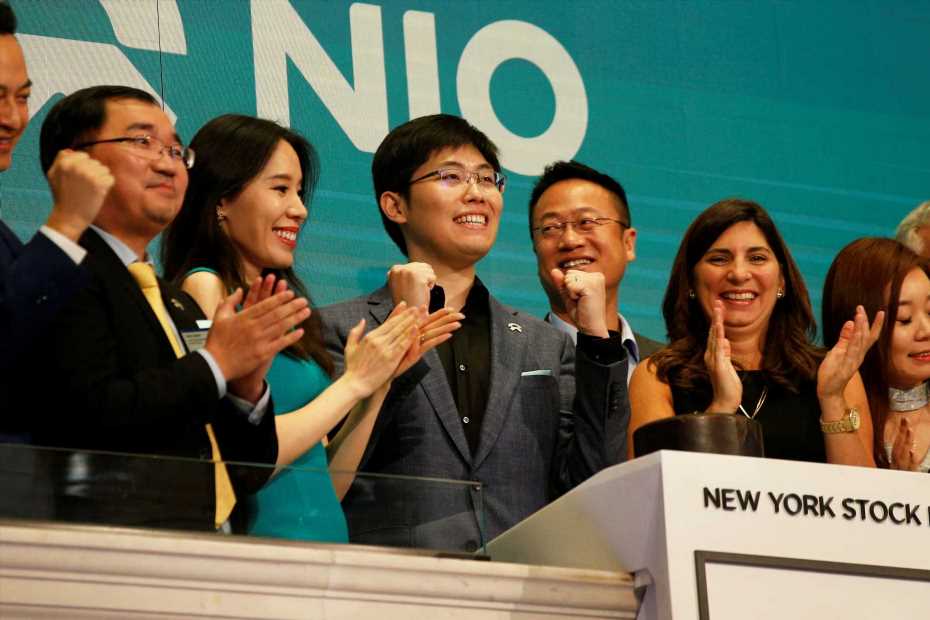 Markets are running to all-time highs even as companies confront inflationary pressures and labor shortages, but investors need to keep a long-term perspective as they choose stocks.

Earnings guidance for future quarters give investors and analysts some insight into what's ahead for companies.

To that effect, top Wall Street analysts have identified these five companies as long-term winners, according to TipRanks, which tracks the best-performing stock pickers. Here's how these stocks are expected to perform as the year winds down.

As enterprise-level business infrastructure moves to the cloud, companies that help manage and secure it are there to fill the void. Datadog (DDOG) has seen an impressive run since its 2019 IPO, and an even more "extraordinarily strong" third quarter, according to Jack Andrews of Needham & Co. The company recently reported quarterly beats across the board.

Andrews rated the stock a Buy and bullishly raised his price target to $236 from $173.

He wrote that DDOG's third-quarter performance was "outstanding" and that "the company represents arguably the strongest fundamental story in all of enterprise software." Andrews believes the firm is executing well on its current offerings and is converting more new customers to multiple products in its suite.

The analyst said that quarter over quarter, more customers are ordering more services, a direct result of DDOG's rapid pace of product innovation. The company has been releasing new platforms, such as the Cloud Security Posture and Cloud Workload Security tools. Datadog's security services are in their early stages and provide for significant upside once properly commercialized.

Adding that DDOG "continues to fire on all possible cylinders," Andrews observed that the existing market competition is mostly harmless and the company should continue to capitalize on its available market.

Financial aggregator TipRanks currently places Andrews at No. 80 out of more than 7,000 analysts. His success rate stands at 73%. His ratings have returned an average of 53.8%.

Snap One (SNPO) serves as the go-to place for smart solutions for homes and businesses. Snap One recently printed a sales beat in its third-quarter report and is now focused on consolidating its power in the "'living smart' end market," wrote Stephen Volkmann of Jefferies.

He said that the company has been stockpiling a healthy amount of inventory to offset persisting supply-side headwinds and that its business model offers up wide possibilities for growth. Volkmann noted that Snap One is the "latest B2B distributor to embark on what has become a successful investment model to consolidate a fragmented niche market with attractive growth dynamics."

The analyst rated the stock a Buy and declared a price target of $24 per share.

Snap One has benefited from inorganic growth through mergers and acquisitions. The company is capitalizing on the substantial home integration currents with its established distribution and branch network. Volkmann expects the market to expand about 11% each year, and supply chain issues have been somewhat mitigated by Snap One's price increases.

As for the supply-side challenges facing the company, Volkmann anticipates they will dissipate during 2022. This would set Snap One up for higher margins and operating leverage in the long run.

Out of over 7,000 analysts, Volkmann is classified as No. 232 by TipRanks. His ratings have been successful 74% of the time. They have returned an average of 30.1% on each one.

Zynga (ZNGA) has been successful in its focus on acquiring new users and is moving along new games down its pipeline. The social game developer recently printed its highest ever third-quarter revenue and bookings, due in part by an increased adeptness at publishing new releases and scaling its operations.

Identifying significant upside in the beaten-down valuation is Brian Fitzgerald of Wells Fargo, who wrote that the firm has prioritized creation of new content and game play modes. This strategy is expected to drive user acquisition and retention, and raise the company back to its previous days of relevance in mobile gaming.

Fitzgerald rated the stock a Buy and assigned a price target of $13.

The analyst said that the difficult days of the past are now in the rearview mirror for Zygna, as it sees heightened interest in its hyper-casual gaming segment. Hyper-casual gaming, known for its minimalist and addictive gameplay has been one of the most rapidly expanding genres in the industry.

The company has been efficiently managing its operating expenditures. This, combined with its advertising growth are resulting in "better-than-expected operating leverage."

TipRanks currently calculates Fitzgerald to be No. 61 out of more than 7,000 other professional analysts. His stock picks have been correct 72% of the time, and they have returned an average of 57.1%.

Nio (NIO) recently released its third-quarter print as mixed results. Although it beat revenue estimates, the company's fourth-quarter guidance was more conservative than was expected. The current obstacles facing the automaker involve supply chain constraints and a companywide manufacturing restructuring, although Vijay Rakesh of Mizuho Securities believes these issues will only affect the near term.

Over the long term, the stock's future looks bright, according to Rakesh. The analyst added that the electric vehicle market has been expanding in China to the point the industry is approaching an "inflection in adoption."

Rakesh rated the stock a Buy and declared a price target of $67.

Beyond China's borders, NIO has recently expanded to Norway, solidifying its arrival to its next target market. The European introduction was a key milestone for the company to complete, with entry to the U.S. next on its list.

Moreover, Rakesh was encouraged by Nio's advancements in battery tech, which could provide for lower production expenses. Additionally, the company has been innovating on its assisted driver systems, which he believes will serve as a catalyst for growth.

Rakesh is rated by TipRanks as No. 30 out of over 7,000 financial analysts. His stocks ratings have resulted in success 79% of the time, and they have returned an average of 53.7% per rating.

The past year and a half has been wildly successful for cloud-based enterprise management companies like monday.com (MNDY). The software firm benefited from the necessity for clear digital communication within companies, and it appears its momentum has not yet cooled off.

Bhavan Suri of William Blair & Company wrote that MNDY "massively beat consensus estimates across all key metrics," and is now well poised for continued upside. He added that the company has "best-in-class" sales productivity and has seen encouraging adoption with more successful market players.

Suri rated the stock a Buy, but he did not provide a price target.

The analyst mentioned that monday.com's revenues outpaced its heavy investments in sales and research, and thus the company now has a leverageable balance sheet. He expects more market share wins for the company in the long term as it continues to execute on strong business performance.

Recent share price volatility is most likely due in part to uncertainty leading up to the company's earnings call, as well as an expiration of a lock-up in shares. If the steep declines in share price are unrelated to its fundamentally sound business, Suri said this provides an attractive entry or buying opportunity for long-term investors.

TipRanks ranks Suri No. 71 out of more than 7,000 professional analysts. His stock picks have been correct 73% of the time, and his ratings have averaged returns of 66.1%.