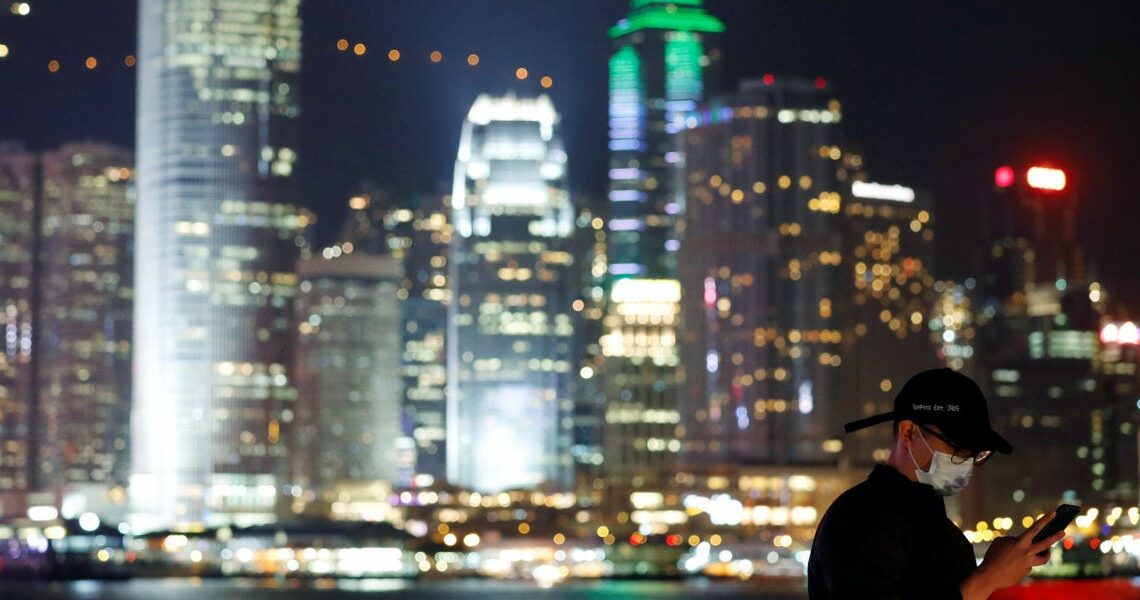 Hong Kong’s youth want out, according to a new poll by a local university. Polling showed around 60% of young people aged 15 to 30 want to leave the city if they can.

The South China Morning Post reported the results of the survey, which were released by the Chinese University of Hong Kong’s Institute of Asia-Pacific Studies on Thursday. Some 57.5% of those polled said they would opt to emigrate if they could — a significant uptick from 2019’s poll numbers. Then, 42.3% of people polled said they’d like to leave.

Academics told the SCMP they believed that this “pessimism” about Hong Kong’s future notwithstanding, some young emigrants will eventually find their way back to the city.

Stephen Chiu, professor of sociology at the Education University of Hong Kong, said that he did not think these numbers posed a “big problem” as Hong Kong has seen mass migrations out of the city in the past.

“Hong Kong has been a city of immigrants, while mass migrations have occurred multiple times before,” he told the SCMP. “Even when (young people) moved elsewhere, they might still keep some kind of connections with the city.”

These new poll numbers come just one month after the SCMP reported in March the results of a city-wide survey of 1,135 people aged 34 and below with a graduate or postgraduate education.

The survey in March, titled “Tackling Hong Kong’s Brain Drain,” saw some 16% of those polled saying they wanted to leave the city for work and never return. Another 12.6% said they would consider returning — only after they secure citizenship in another country, citing the UK, Australia, and New Zealand as top destinations to emigrate to (The 2019 survey favored Taiwan, Canada, and Australia).

The top push factors cited for wanting to leave Hong Kong included a search for a better work-life balance, wanting to give living abroad a try, and a desire for social and political stability.

Hong Kong residents who have the means to leave do have an option. In January, Britain launched a pathway to British citizenship. The BBC reported that around 5.4 million Hong Kong residents are eligible for the scheme, as those with a British National Overseas passport can apply for leave to remain in the UK permanently after five years.

While people can still apply for this visa option to live and work indefinitely in the UK, the Hong Kong government said in January that the BNO passports would no longer be recognized as proof of identity in Hong Kong, a measure meant to counter the British government’s special passport option for the city’s residents. 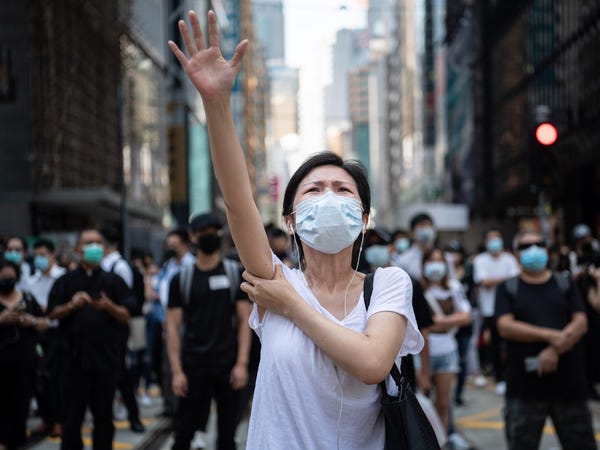 Hong Kong has had a turbulent few years, with prolonged pro-democracy protests, landmark shifts in its electoral system, and a worrying rise in land costs that have priced most young Hong Kongers out of the housing market.

This week global property consultancy firm Knight Frank release its latest report on global housing and found that Hong Kong is still the most expensive city in the world.

Insider spoke to several Hong Kong residents under 35, who said that if given the option, they would “gladly” leave Hong Kong.

“The lucky ones would have made plans to leave already. Some might already be gone. I do think there are better opportunities for young people in Taiwan, or even the UK, but it’s not that easy to just move there. You need the funds and a concrete plan for where you are going to work and live,” said Yuk-ching Fung, 29, who works in the Kowloon area as an advertising executive.

“But if I suddenly had hundreds of thousands of dollars appear in my bank account, I would book a plane ticket for my family tomorrow,” Fung said.

Meanwhile, Daniel Kwong, 27, who is currently between jobs, told Insider that he saw “no future” for “people like him,” that he said were “trapped” in Hong Kong with savings too meager to move abroad, and barely enough income to get by.

“People like me don’t have enough savings to buy property. We will likely never own homes of our own, and the pandemic has hit us really hard,” Kwong said, adding that he lost his job as a photographer during the COVID outbreak. He is currently making food deliveries and doing odd jobs to get by.

Kwong raised the example of some deplorable housing conditions in Hong Kong, where people — including retirees and the working poor — have no other option but to live in “coffin cubicles”, 50 square-foot homes that combine toilets with kitchens in the same room as the bed.

“A lot of us have given up hope of a so-called better future,” he said. “We will just try our best to be satisfied with what we have.”

Others told Insider that they were more sentimental and unwilling to uproot and move abroad in the near future.

“I do have enough savings to move right now, but I’ve chosen to stay put for the time being,” said Wing-ho Chan, 31, who works in accounting. “Some people say it’s a blessing to be able to leave. But for me, it’s more than just a city — I grew up here, and everyone I know and love lives here.”

“Wherever I go, and however much Hong Kong changes over the next decades, it will still be home,” Chan added.