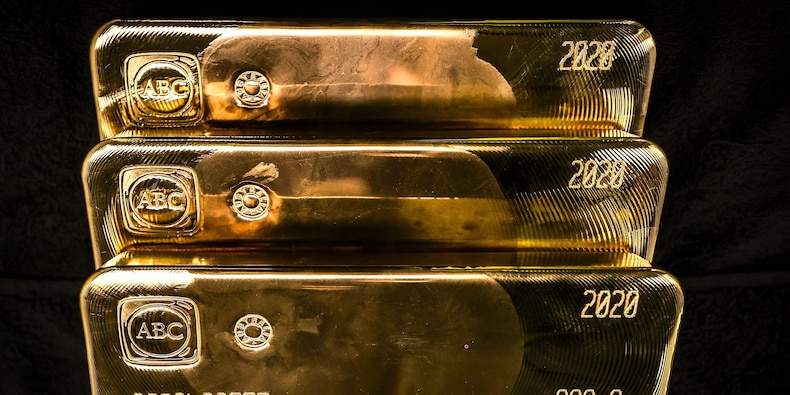 Gold prices dropped below $1,700 for the first time in three weeks, under pressure as long-dated Treasury yields and the US dollar rose on expectations that President Joe Biden will launch efforts to secure a $4 trillion infrastructure package.

"Gold just hasn't been able to get out of its way this quarter. Despite concerns over inflation, the yellow metal has been weak as interest rates rise," Paul Hickey, co-founder of Bespoke Investment Group, said in a note. He also said gold was on course for its worst quarter in nearly five years and was headed toward only its tenth quarterly decline of more than 10% in the last 45 years.

Higher inflation expectations can favor gold as it's widely seen as a traditional asset to protect against a devalued currency. But gold offers no yield, making it less attractive for investors to own in an environment of rising Treasury yields. Bond yields have climbed this year as investors price in expectations of continued recovery in the US economy and, along with that, higher inflation.

The closely watched 10-year yield surpassed 1.77% on Tuesday and marked its highest level since late January 2020 as investors prepared for Biden to introduce a $4 trillion infrastructure plan, according to the Washington Post. The price tag would include $3.5 trillion in tax hikes, the report said. Biden is expected to unveil his plans on Wednesday.

Tuesday's rise in the 10-year and 30-year Treasury yields helped push up the US dollar, adding another pressure point for gold as it makes the dollar-denominated metal more expensive to buy for holders of other currencies. The US Dollar Index gained 0.4% to 93.25, hovering around its highest since mid-November.

"Economic data and history tell us that the recent stimulus is highly inflationary," as fiscal stimulus is being sent directly to Americans while there's "pent-up demand, an economy reopening, and supply shortages," wrote Megan Horneman, director of portfolio strategy at Verdence Capital Advisors, on Tuesday.

"The risk to the inflation theory and some of the overpriced inflation hedges (e.g., TIPS, commodities) would be a slower economic recovery, companies absorbing higher input costs instead of passing them on, stimulus not being spent, and/or lower wage pressures."