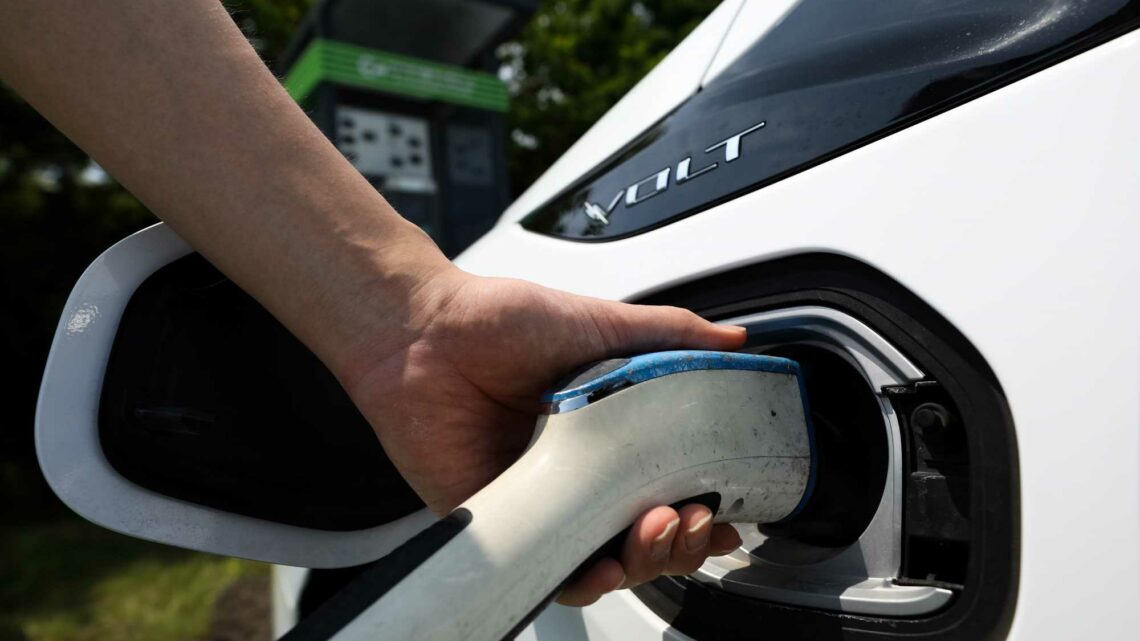 DETROIT – Tesla, Toyota Motor and other automakers are criticizing a proposed $12,500 in electric vehicle tax incentives that includes extra cash for union-made cars and trucks produced in the U.S.

Executives with the automakers, including Tesla CEO Elon Musk, said the $4,500 incentive for vehicles assembled in a union plant unfairly favors General Motors, Ford Motor and Stellantis (formerly Fiat Chrysler). Hourly workers for those automakers – traditionally known as the Detroit 3 – are represented by the United Auto Workers union.

The comments were made ahead of the EV incentive package being discussed Tuesday by the House Ways and Means Committee as part of a proposed $3.5 trillion spending bill.

"This is written by Ford/UAW lobbyists, as they make their electric car in Mexico. Not obvious how this serves American taxpayers," Musk tweeted Sunday night.

Ford's only all-electric vehicle is currently the Mustang Mach-E crossover that's built in Mexico. The company has plans to produce electric versions of the F-150 pickup and Transit van in the U.S. beginning next year.

Tesla produces the most vehicle batteries and electric cars in the U.S., but its workforce, like Toyota and other non-domestic automakers, are not represented by a union. Hyundai, Kia, Honda and Nissan also oppose the bill, citing the union-made incentive being unfair and biased.

The incentives include a current $7,500 tax credit to purchase a plug-in electric vehicle as well as $500 if the vehicle's battery is made in the U.S. The bill also removes a 200,000-vehicle phase-out of the credit, allowing GM and Tesla customers to once again be eligible for the incentive. Buyers of EVs produced by unionized workers in the U.S. would be eligible for an additional $4,500 in tax credits, bringing the total incentives to $12,500.

Toyota described the bill as "unfair" and "wrong," citing the proposal discriminates against its U.S. workforce that is not unionized.

"The current Ways and Means Committee draft makes the objective of accelerating the deployment of electrified vehicles secondary by discriminating against American autoworkers based on their choice not to unionize," Toyota manufacturing executives said in a letter Monday to the chairs of the committee. "This is unfair, it is wrong, and we ask you to reject this blatantly biased proposal."

Honda made similar comments in a statement on its website:  "If Congress is serious about addressing the climate crisis, as well as its goal to see these vehicles built in America, it should treat all EVs made by U.S. auto workers fairly and equally. We urge Congress to remove discriminatory language tying unionization to incentives from its budget reconciliation proposal."

"This legislation will help more Americans get into EVs, while at the same time supporting American manufacturing and union jobs," Kumar Galhotra, Ford President of the Americas and international markets, said in a statement.

Autos Drive America, a lobby organization representing international automakers in the U.S., called the EV incentive package "un-American" by creating an "unlevel playing field that will limit consumer choice and punish non-unionized American workers, their families, and their communities."

The proposed EV credits would last for 10 years, allowing consumers to deduct the value of the credit from the sales price at the time of purchase, according to Reuters.

The EV incentive package is expected to cost about $15.6 billion, according to the Joint Committee on Taxation. That's lower than an initial estimate of $33 billion to $34 billion by Rep. Dan Kildee, a Michigan Democrat who proposed the legislation.

Aside from the union-made incentive, members of the House Ways and Means Committee on Tuesday raised questions about the domestic content of the vehicles as well as the bill potentially benefiting the wealthy.

The bill says individual taxpayers must have an adjusted gross income of no more than $400,000 to get the new EV tax credit. It also would limit the EV credit to cars priced at no more than $55,000 and trucks up to $74,000.