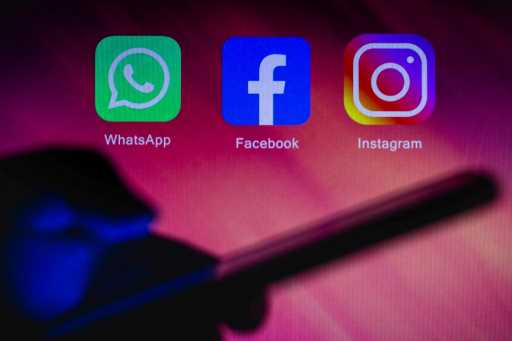 Facebook, WhatsApp, Instagram and Facebook Messenger are all affected in the U.S. and several other countries, according to DownDetector and other monitors. Several initial press reports indicated the issue seemed to been related to Domain Name System, or DNS, server issues.

The company said it is “aware that some people are having trouble accessing Facebook app” and is working on restoring access.

A series of investigative articles by the Wall Street Journal in recent weeks have painted a negative picture of Facebook, which is already among the tech giants being scrutinized by government regulators. They relied on documents leaked by former product manager Frances Haugen, who went public on 60 Minutes. She said she felt obligated to surface internal documents because the company made a number of decisions that went against the company’s own research findings.

CEO Mark Zuckerberg has not responded to the situation. Around the same time the 60 Minutes segment aired, he posted a photo taken on his boat with internet-enabled glasses. He is scheduled to appear with other executives in the coming weeks on the company’s third-quarter earnings call.

It was not immediately clear how many of the company’s 2 billion-plus active daily users are affected by the outage. Tens of thousands reported problems to DownDetector.

The outages prompted a flood of messages on Twitter, where it quickly became the No. 1 trending topic. Even Netflix couldn’t resist tweeting a Squid Game meme about the situation. Here are some of the other reactions:

Fed May Launch CBDC Review As Soon As This Week