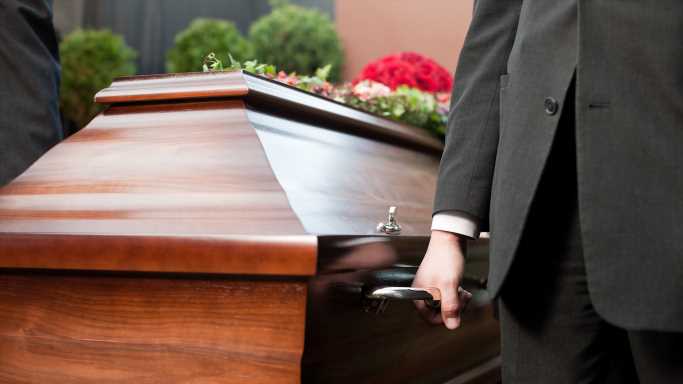 COVID-19: This Is How Many Americans Have Died Each Month

COVID-19 entered the United States early last year. The first known infection was recorded on January 21, 2020, by the U.S. Centers for Disease Control and Prevention (CDC). It was the start of a horrible spread that has killed over 600,000 Americans, and that death toll continues to rise.

COVID-19 hammered the United States in three stages. The first hit the northeast and the Chicago and Detroit areas hard. American deaths reached 65,461 in April. After a tapering off, the disease surged again, and much of the damage was done in the South and the Plains States. Deaths nationwide spiked again in the summer and reached 31,111 in July. The worst wave happened after the Thanksgiving and Christmas holiday periods, when public and family gatherings pushed case and death rates up again. The terrible center of this surge was Los Angeles County, the largest county in America, with over 10 million residents. Its hospitals overflowed with cases. American deaths reached 104,265 in January, by far the worst monthly figure over the course of the spread of the disease in the United States.

Two things were primarily responsible for the recent sharp drop in numbers of cases and deaths from the disease in the United States. The first is the wearing of masks and social distancing. The second was the widespread distribution of vaccines. So far, 338,247,434 doses have been administered in the country. A total of 68% of Americans who are 18 years or older are fully vaccinated, and 60% have received at least one dose.

Fears are growing that the United States faces a fourth wave of the disease. One reason is the relatively new Delta variant, which is as much as 50% more contagious than the version of COVID-19 that did most of the damage in America. So far, it appears current vaccines provide adequate protection against this and other variants. However, there is a new hurdle to stopping the spread. Millions of Americans have refused to be vaccinated.

In some states, vaccination rates are very low. Only 48% of the people 18 years or older have been vaccinated in Mississippi. The number is 51% in Louisiana. At those levels, there is no vaccine “firewall” to protect people from the rapidly spreading Delta variant. To make matters worse, the rate of vaccination in America overall has dropped sharply, as millions of Americans have refused vaccination. Confirmed COVID-19 cases and deaths in the United States almost certainly will rise in late summer and early fall.

This is how many Americans have died of COVID-19 each month:

Click here to see which states have received the most COVID-19 vaccine from the federal government.

Time to applaud schools and students across Victoria
Technology