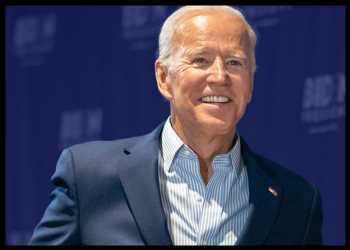 Biden Signs Executive Order To Boost Competition In US Economy

US President Joe Biden on Friday afternoon signed an executive order designed to promote competition in the U.S. economy.

“A fair, open, and competitive marketplace has long been a cornerstone of the American economy, while excessive market concentration threatens basic economic liberties, democratic accountability, and the welfare of workers, farmers, small businesses, startups, and consumers,” Biden said.

The order, comprised of 72 initiatives, is intended to lower prescription drug prices, curb the domination of Big Tech companies and internet service providers as well as call for greater scrutiny of mergers across industries, among other things.

“Today, I’m going to be signing shortly the executive order promoting competition to lower prices, to increase wages and to take another critical step toward an economy that works for everybody,” Biden said at the White House.

The President said, “The heart of American capitalism is a simple idea: Open and fair competition. That means that if your companies want to win your business, they have to go out and they have to up their game.”

The statement said the new order “will lower prices for families, increase wages for workers, and promote innovation and even faster economic growth. Meanwhile, Federal Trade Commission will be able to ban or limit non-compete agreements and occupational licensing requirements.

“It is also the policy of my Administration to enforce the antitrust laws to meet the challenges posed by new industries and technologies, including the rise of the dominant Internet platforms, especially as they stem from serial mergers, the acquisition of nascent competitors, the aggregation of data, unfair competition in attention markets, the surveillance of users, and the presence of network effects,” Biden said.

Pontem to Use Polkadot to Connect Diem and DeFi
Technology