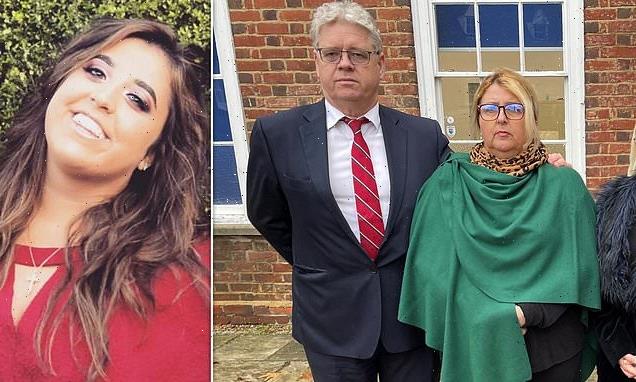 A construction boss who worked on World Cup stadiums in Qatar said that trying to establish how his stepdaughter died in the country was ‘like a jigsaw’, an inquest heard.

Rafaelle Tsakanika, 21, from Cambridge, died in a two-car hit-and-run crash near Doha on March 30, 2019 but the family are still looking for answers about exactly what happened.

Court documents show the victim was the passenger in a Toyota Land Cruiser which ‘flipped over several times’ and resulted in her and her 20-year-old friend being ‘thrown’ out of the car.

Her stepfather, Donal Sullivan, said the family had lived in Qatar on-and-off for about 10 years, with his work taking them there.

He told an inquest in Huntingdon, Cambridgeshire today that he was ‘involved in four or five of the new stadiums that were being built (for the World Cup) and the extension of the airport’.

Mr Sullivan said that when Ms Tsakanika, known as Raffy, did not return home one day, they ‘knew something was wrong’ as it was ‘most unlike her’.

He said they were ‘pushed around from pillar to post’ by police as they tried to find her and the family decided to go to the hospital. 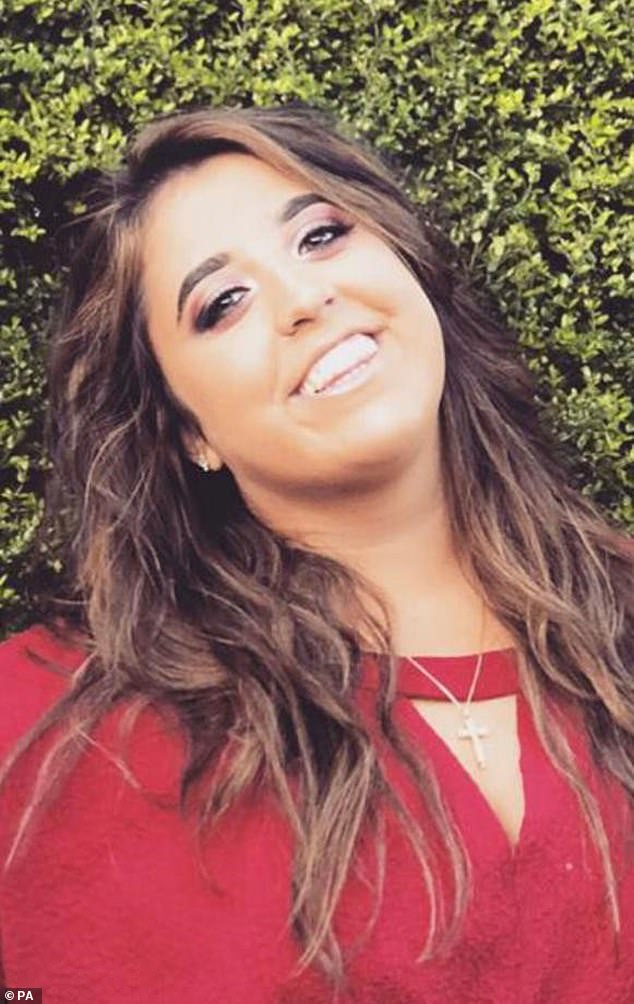 Rafaelle Tsakanika (pictured), 21, from Cambridge, died in a two-car hit-and-run crash near Doha on March 30, 2019 but the family are still looking for answers about exactly what happened 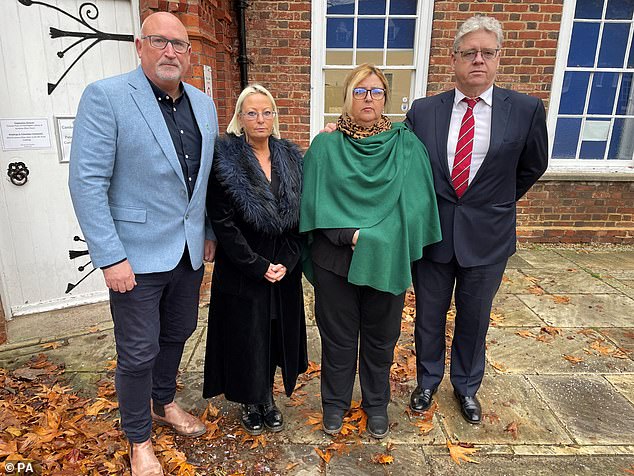 In the hospital’s admittance book there was ‘one entry that was unknown’, he said and they decided to go and see where that led.

Mr Sullivan said they were ‘directed to the morgue’ and there was a ‘picture of Raffy’s passport lying in front of us’.

He said a worker ‘gestured to one of the drawers’ and they identified Ms Tsakanika.

Mr Sullivan said: ‘This is like a jigsaw – we’re piecing bits together as we go.’

The family were taken by police to the scene of the crash and to the police compound, where they were shown the car that Ms Tsakanika had been in but were not allowed to take photographs.

He said they brought her body back to the UK, adding: ‘At one point she was our only evidence.

‘We didn’t know what happened and we didn’t trust anybody.’ 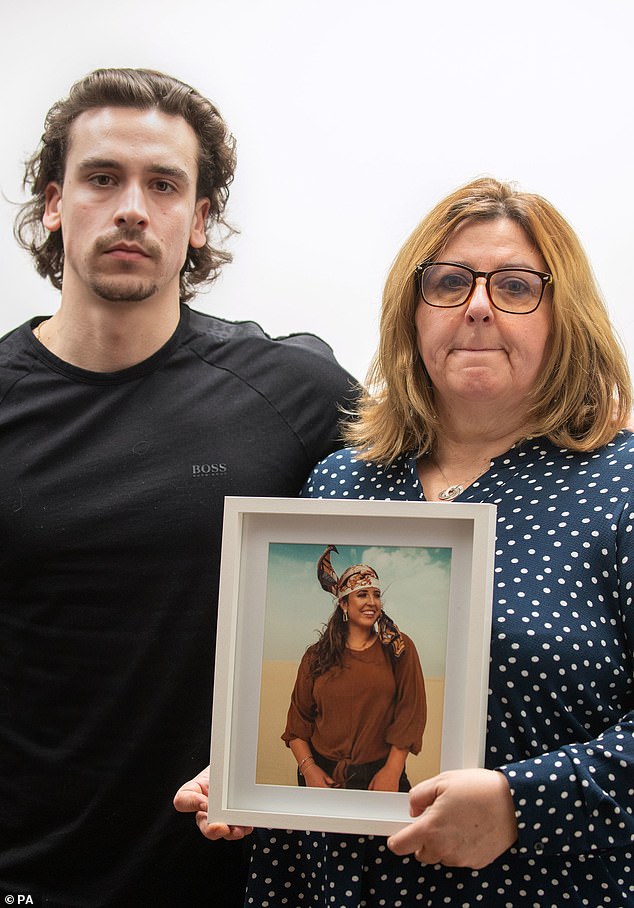 Ms Tsakanika’s mother, Jo Sullivan (pictured with her son Manny), said, as she fought back tears at the start of the inquest, that her daughter was ‘adored by everybody’

Court documents show that teacher Mubarak Al Hajri, then aged 46, was convicted in Qatari courts of causing Ms Tsakanika’s death, causing serious injuries to her friend, driving in a way that endangered lives, fleeing the scene of an accident, and speeding.

He was sentenced to two months in prison and ordered to pay compensation to Ms Tsakanika’s family.

Mr Sullivan told today’s inquest that police gave him an account that Al Hajri had been overtaking in a space between the fast lane and the centre reservation when the crash happened.

Barrister John Goss, representing Ms Tsakanika’s family, asked Mr Sullivan: ‘In your experience of driving in Qatar, is it common for drivers to make use of the space between the central reservation and the carriageway for very fast overtaking?’

Mr Sullivan replied: ‘It’s happened to me at least four or five times.’ 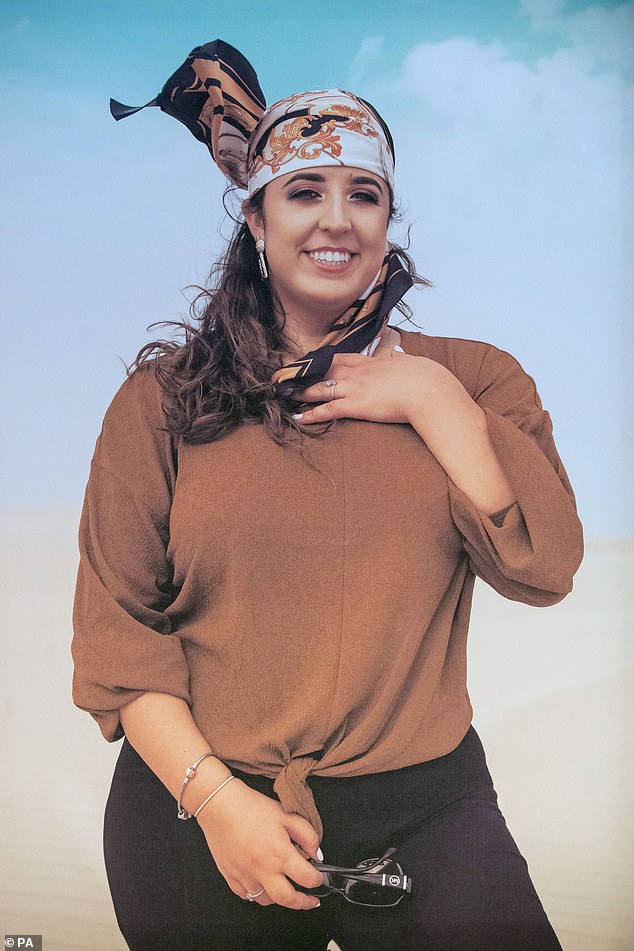 Mr Sullivan said that when Ms Tsakanika, known as Raffy, did not return home one day, they ‘knew something was wrong’ as it was ‘most unlike her’

In witness evidence translated from Qatari and read to the inquest, Al Hajri claimed he was driving back towards Doha and his wife ‘phoned, telling me my son lacked oxygen and she didn’t know how to act’.

He claimed he ‘had not bumped into’ another vehicle but ‘just hit the barriers’, and said he did not stop at the scene as it was the ‘first accident… I feared the procedures’.

Last year the mother of hit-and-run victim Raffy Tsakanika warned football fans it is a ‘massive risk’ to travel to Qatar for the 2022 World Cup.

Jo Sullivan was diagnosed with broken heart syndrome shortly after the death of her daughter in March 2019.

The 54-year-old, who previously worked as a tour guide in Qatar, said she would no longer encourage people to travel to the country.

She said: ‘I can’t advise people on what they should and shouldn’t do.

‘All I can do is share my story – which is you will get no support if you’re in trouble.

‘Had I known then what I know now, I wouldn’t have gone.

‘I feel hugely guilty now, but I was encouraging women on women’s travel forums saying it was a safe country.

‘Now I know what I know about how they treat people when they get in trouble, especially women, you take a massive risk (going there).’

Mrs Sullivan, who lives in Cambridge, also spoke last March of how her daughter’s death has affected her mental health.

She said: ‘I don’t socialise, I don’t really want to speak to anybody – it’s taken its toll on our mental health,’ she said.

‘I think we’re completely disillusioned with the support, or the lack of support, we’ve had.

‘When (Raffy) walked in she just had the most beautiful smile – you’d just warm to her immediately.

‘She was so gentle and kind and always seeing the good in people.

‘It’s been two years and it does not get any easier.

‘It doesn’t get any easier.’

Ms Tsakanika’s friend, Mohammed Ahmed Hussein Ali Al Majid, said he was driving and she was in the passenger seat of the vehicle that was hit.

He said he met her through Instagram, collected her from her home and they drank tea at a cafe before the crash.

A post-mortem examination carried out at Addenbrooke’s Hospital in Cambridge in April 2019 recorded that Ms Tsakanika died of traumatic head and abdominal injuries.

Alex Routt, a forensic collision investigator, was instructed by the coroner to analyse the available evidence.

Mr Routt said he had been told that Al Hajri’s vehicle appeared damaged in the second photo, but added: ‘I haven’t seen those photographs and they haven’t been disclosed.’

He agreed with Mr Goss’s suggestion that his analysis was hindered by the lack of information provided by the Qatari authorities.

Mr Routt said he had been provided with ‘few photographs taken on the night by Qatari police’.

Ms Tsakanika’s mother, Jo Sullivan, said, as she fought back tears at the start of the inquest, that her daughter was ‘adored by everybody’.

‘I had what I can describe as the best 21 years of my life,’ she said.

‘Raffy was an absolute gift to us and her community. She was adored by everybody and she just saw the best in everybody.’

She continued: ‘So many people can’t get over this and I don’t think that we ever will.

‘Our lives have just been destroyed.’

Charlotte Charles, the mother of 19-year-old motorcyclist Harry Dunn, attended the hearing to support the family of Ms Tsakanika.

Mr Dunn was killed when US citizen Anne Sacoolas drove her car on the wrong side of the road near RAF Croughton in Northamptonshire in 2019, crashing into him.

Simon Milburn, area coroner for Cambridgeshire and Peterborough, adjourned the hearing until a date to be fixed while he considered his conclusion.

Singapore Ponders Over Impact Of The FTX Contagion