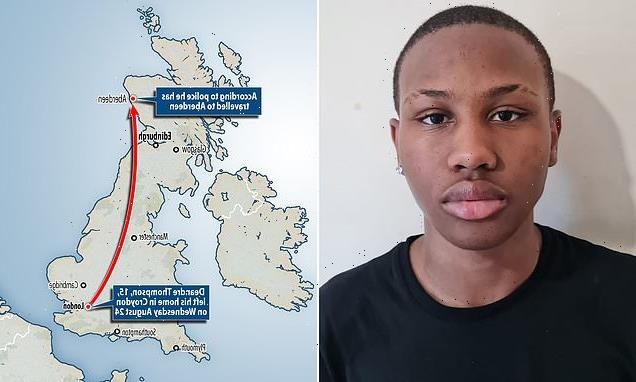 Schoolboy, 15, goes missing after travelling 560 miles by train from Croydon to Aberdeen

A 15-year-old schoolboy has been missing for nearly a month after travelling 560 miles by train from Croydon to Aberdeen, police have said.

Deandre Thompson left his home in Croydon on Wednesday, August 24.

He travelled to Aberdeen, possibly by train, and was in the Union Square at around 8.25am on Thursday, August 25.

He was in the city centre that day but it is not known where he went next. 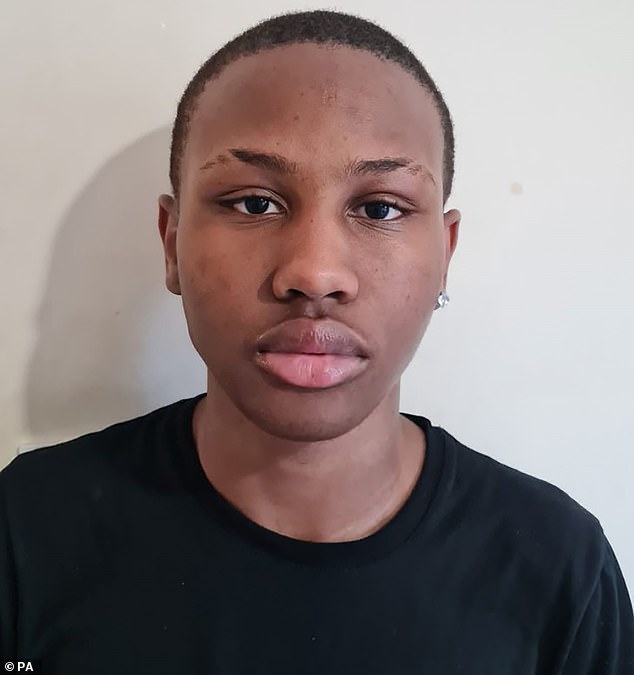 Deandre Thompson, 15, travelled 560 miles from Croydon to Aberdeen in late August. Police have issued an appeal to help find him

Police Scotland described him as 5ft 9in, with a slim build and and black hair.

They said he was wearing a grey Superdry top with the brand name and Apollo on the front in white letters.

He was also wearing black trousers and a black rucksack when he arrived in the Scottish city – and wears an earring in his left ear. 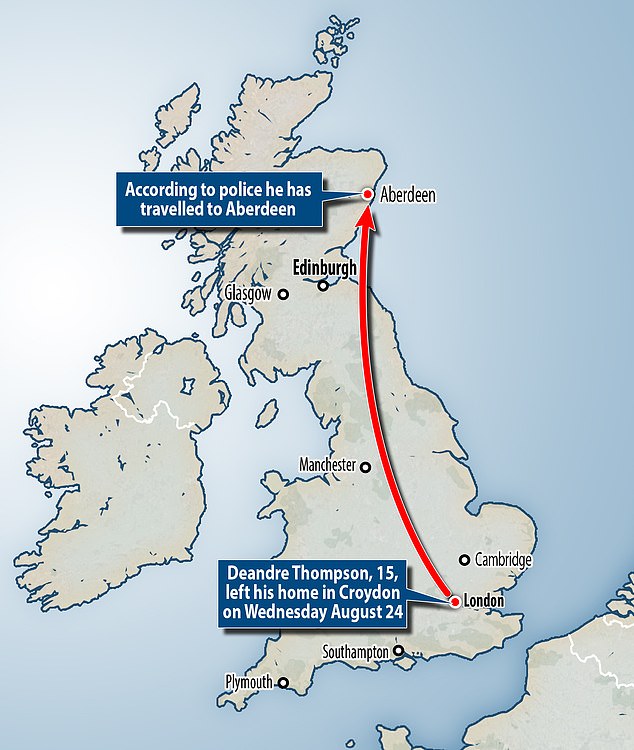 Sergeant Stuart Hache said: ‘Deandre has been missing from his home for some time now and concerns are growing for his welfare.

‘I am urging anyone who has seen him or knows where he is to get in touch.

‘If you can help please call us on 101, quoting reference number 1296 of Saturday September 3.’

Queue Actually: Strangers hit it off in line to pay respects to Queen
Technology