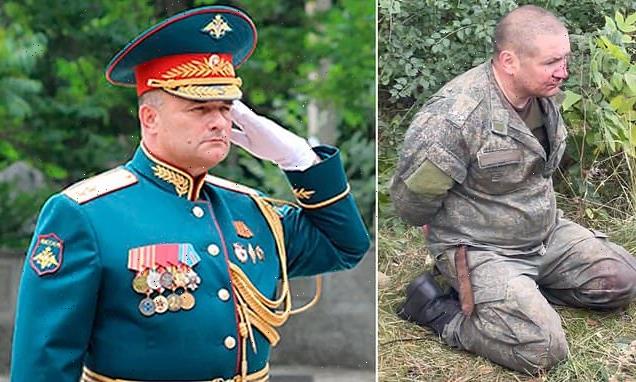 Russian general 'likely' captured in Ukraine, according to local media

Is this the highest-ranking Russian officer to be captured since WW2? Commander seen surrendering to Ukraine is claimed to be a LIEUTENANT GENERAL

Ukraine may have captured a Russian general in what would be the highest-ranking of Moscow’s officers to be taken prisoner since the Second World War.

Video published Wednesday revealed a group of Russian POWs detained by Ukraine amid a surprise counter-attack near the city of Kharkiv, among them a man wearing the uniform of a mid-ranking Lieutenant-Colonel.

But Ukrainian media now claims the man is ‘likely’ to be Andrei Sychevoi, who is actually a high-ranking Lieutenant-General and commander of Russia’s Group of Forces West. 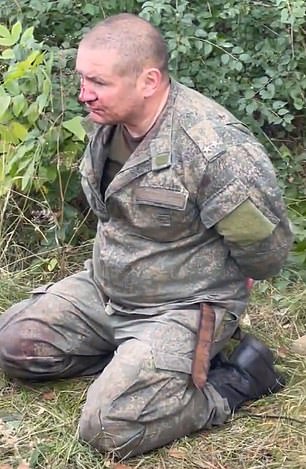 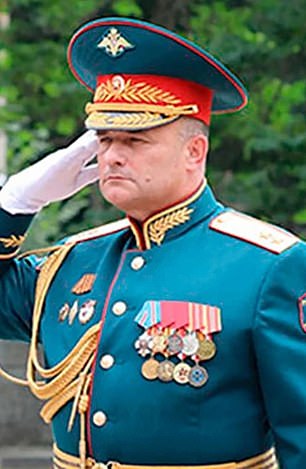 The Kyiv Post was among Ukrainian outlets to report the news, claiming General Sychevoi had been dressed in a uniform of a lower rank in a hurried attempt to hide his identity before being captured.

The paper, which has been a reliable source of information throughout the war, reports Sychevoi’s capture as ‘likely, but not confirmed’.

If true, then it would make him the highest-ranking Russian officer to be captured since the Second World War and mark another humiliating blow for Putin’s army.

The Nazis captured dozens of Russian generals in fighting between 1941 and 1945, most of whom met gruesome deaths in torture chambers or concentration camps. 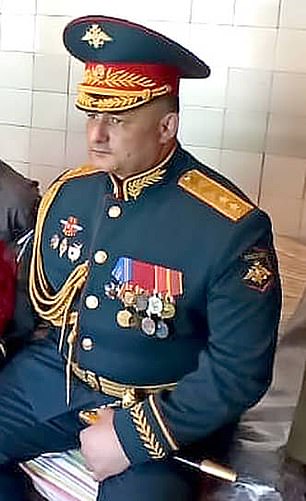 If Lt-General Sychevoi’s capture is confirmed, it would make him the highest-ranking Russian officer taken prisoner since WW2

Ukraine claims to have killed at least 12 Russian generals, most of whom are said to have died as the result of artillery or missile strikes on command posts.

But this would mark the first time that Kyiv’s men have managed to capture one alive, if the reports are confirmed.

So far, neither the Ukrainian nor Russian military has spoken out to either confirm or deny Sychevoi’s capture.

The reports emerged amid a lightning-fast counter-attack launched by Ukraine to the east of Kharkiv on Wednesday.

Taking the Russians completely by surprise, Kyiv’s commanders burst through frontlines that had been left thinly defended after thousands of troops were moved south to help defend Kherson – where another Ukrainian attack is underway.

Troops advanced more than 12 miles in a single day as Putin’s forces fled, liberating the town of Balakliya which had previously housed an important Russian base.

Experts and observers speculate their objective is likely the city of Kup’yans’k, which spans the Oksil River and contains a key railway hub through which nearly all Russian supplies heading into Donbas pass.

If Ukraine can pull off the move, then it will leave the city of Izyum – staging post for its assault on Donbas – cut off, with troops at risk of being surrounded.

More broadly, it will leave troops in the wider region badly short of supplies – particularly artillery ammunition – that they need to support their attacks.

That means Russia’s entire Donbas offensive could grind to a halt, opening the door to further Ukrainian counter-attacks. 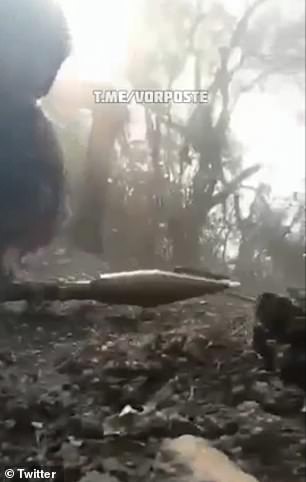 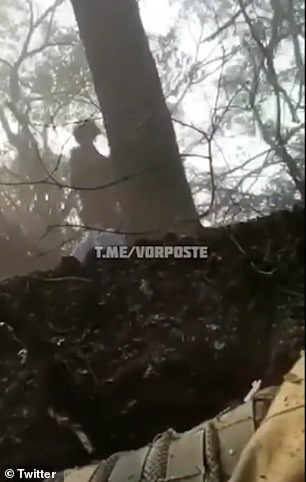 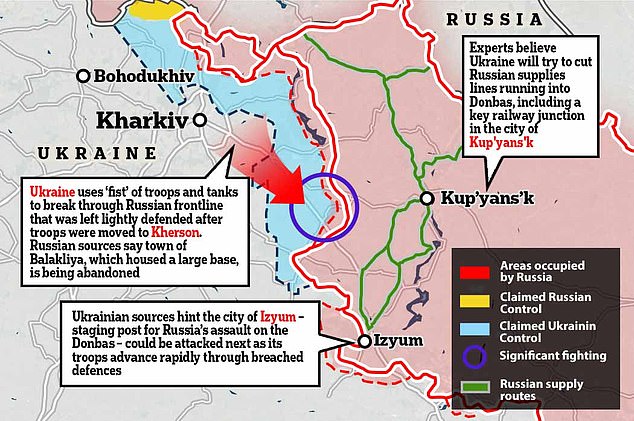 Ukrainian troops have moved more than 12 miles east of Kharkiv, liberating the town of Balakliya and appear to be heading for the railway junction city of Kup’yans’k