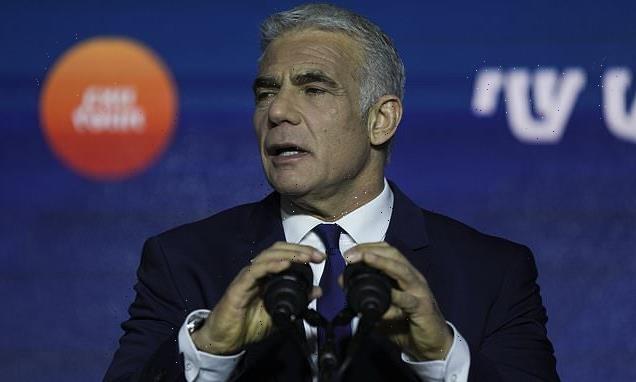 Israel’s prime minister on Sunday issued a plea for national unity, days after he was defeated in national elections by the former premier, Benjamin Netanyahu, with the backing of a far-right ultranationalist party.

In a memorial ceremony for the assassinated Prime Minister Yitzhak Rabin, outgoing Prime Minister Yair Lapid warned of the deep divisions plaguing the country after the bitter campaign, Israel’s fifth election since 2019.

He appeared to take aim at Religious Zionism, an extremist party whose leaders have made repeated anti-Arab, anti-LGBTQ comments. Religious Zionism emerged as the third-largest party in Parliament and is expected to play a key role in in Netanyahu´s government.

‘There is no `us and them,´ only us,’ Lapid said in his first public comments since last week´s election. ‘An absolute majority of this country´s citizens believe in the rule of law, democratic values and mutual respect.’

Netanyahu´s Likud Party, along with Religious Zionism and a pair of ultra-Orthodox religious parties, captured a 64-seat majority in the 120-seat Parliament in last Tuesday´s election. They are expected to put together a new governing majority in the coming weeks. 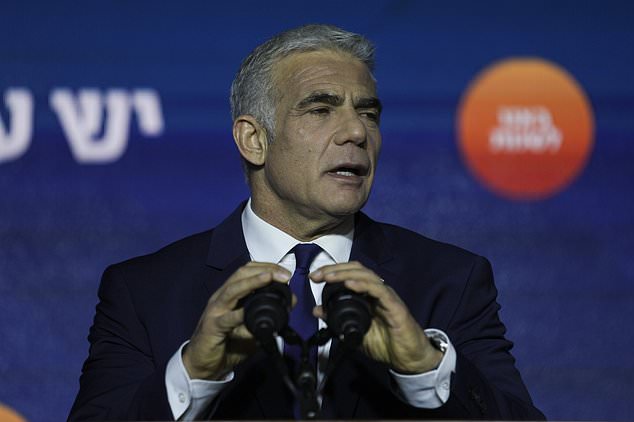 Israeli Prime Minister and the head of Yesh Atid party, Yair Lapid, speaks to his supporters after first exit poll results for the Israeli Parliamentary election at his party’s headquarters in Tel Aviv

Lapid´s outgoing coalition, a diverse collection of parties that included the first-ever Arab party to be part of an Israeli government, won just 51 seats.

The election, like the previous four, focused on Netanyahu´s fitness to rule while he faces corruption charges.

Religious Zionism has promised to push through new reforms that could weaken Israel´s judicial branch, grant Netanyahu immunity and possibly make the criminal charges against him disappear. Critics say this agenda would deal a tough blow to Israel´s democratic institutions.

Religious Zionism also promotes a hard line against the Palestinians and Israel´s own Palestinian minority.

‘The absolute majority of Israel´s citizens are not willing to let hatred dictate their lives,’ Lapid said during the ceremony at Israel’s national cemetery. ‘We have to decide now, at this moment, where this country is going.’

Netanyahu did not attend the ceremony. But speaking later in Parliament, Netanyahu said that following the election, ‘it is time to get out of the trenches and know how to work together.’

The leader of Religious Zionism, Bezalel Smotrich, complained that his voters have been unfairly ‘demonized’ as supporting Rabin’s killing, an act he called ‘horrendous’.

Smotrich’s running mate, Itamar Ben-Gvir, famously held up a hood ornament pulled off Rabin’s car weeks before the assassination. ‘Just as we got to this emblem, we can get to Rabin,’ Ben-Gvir, who is now up for a senior Cabinet post, said at the time.

Rabin was killed on Nov. 4, 1995, by a Jewish extremist who opposed his peace efforts with the Palestinians.