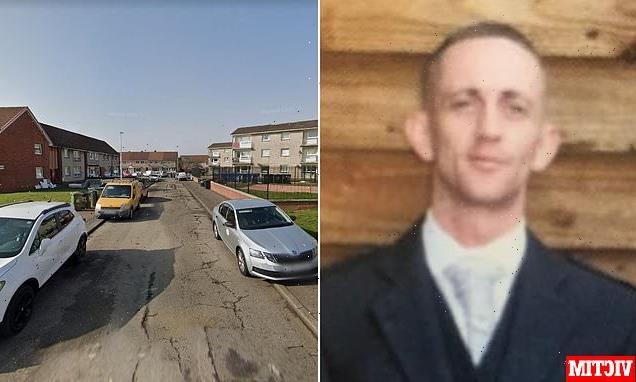 Boxer stabbed his neighbour to death in a row over noise

Scottish boxer, 22, who stabbed his neighbour to death with a screwdriver in a row over noise then told his own father he ‘went in for the kill’ faces life in prison after being convicted of murder

A Scottish boxer who stabbed his neighbour to death with a screwdriver in a row over noise then told his own father he ‘went in for the kill’ faces life in prison after being convicted of murder.

Shane Young, 22, knifed Richard Marshall 40 times with a screwdriver at his flat in Blantyre, South Lanarkshire in March last year.

The boxer then locked the victim in his flat and fled the scene, telling his father afterwards he went ‘in for the kill’. 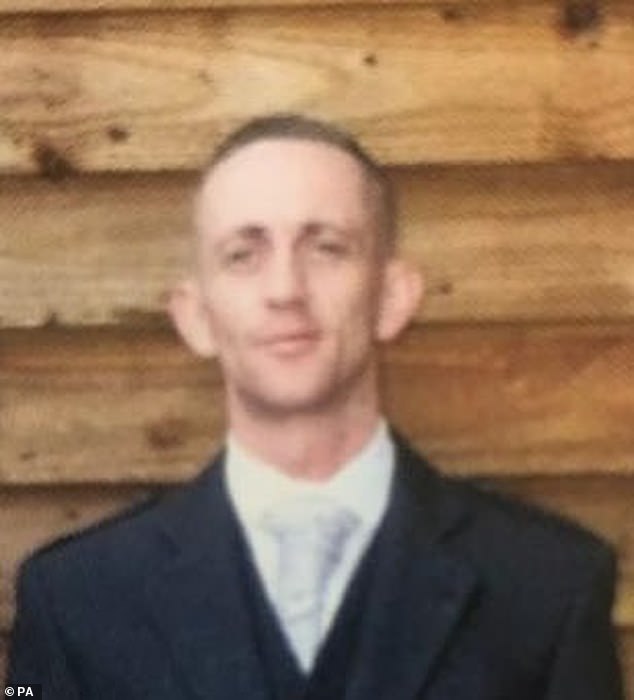 Richard Marshall, 33, was killed by Shane Young, 22, over a row over noise. Mr Marshall was stabbed forty times by a screwdriver and has every bone in his face fractured

He now faces a life sentence after being found guilty at the High Court in Glasgow yesterday.

Mr Marshall’s mother Betty was waiting outside for her son before she saw a man running from the block of flats and went to investigate.

She said: ‘I got to the stairs and there was a big man standing with his hand on top of the door.

‘He was covered in blood and I went to run downstairs and I slipped.’

Passers-by attempted to reach Mr Marshall, but entry was later forced by emergency services who found the victim in a pool of blood, but breathing.

Paramedics worked on him for 40 minutes but he was later pronounced dead at the scene.

Prosecutor Greg Farrell told the jury: ‘There appears to have been bad feeling in the background due to noise or music.

‘We know there was a bad feeling about noise.’

Young claimed that Mr Marshall threatened him with a knife and used his ‘boxing training’ to ‘get him down and make my escape’. 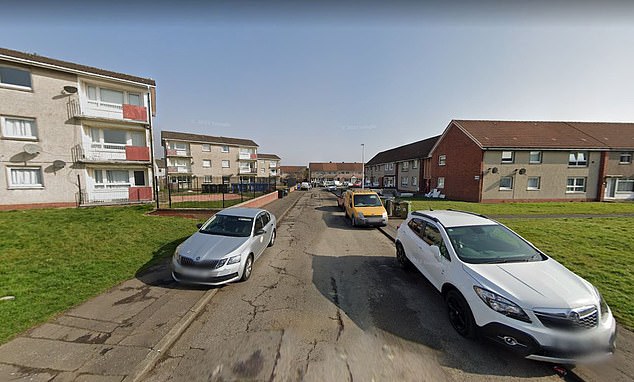 Mr Marshall was attacked at his flat in Blantyre (pictured), South Lanarkshire in March last year

He stated that he punched Mr Marshall twice who fell and hit his head against objects.

The murder weapon was never recovered.

He added: ‘Mr Marshall was very aggressive and kept coming and I defended myself by striking him to the side which caused all the puncture wounds.’

Young claimed that he dropped his key during the struggle and went back to get it and noticed Mr Marshall was still moving.

He said: ‘It was a foolish thing to lock the door…I locked the door and made my escape.’

Mr Farrell stated that ‘this wasn’t an escape, this was calculated.’

Young will be sentenced at the end of this month.

Go woke or else! Society issues warning on 'micro-aggressions'
Technology