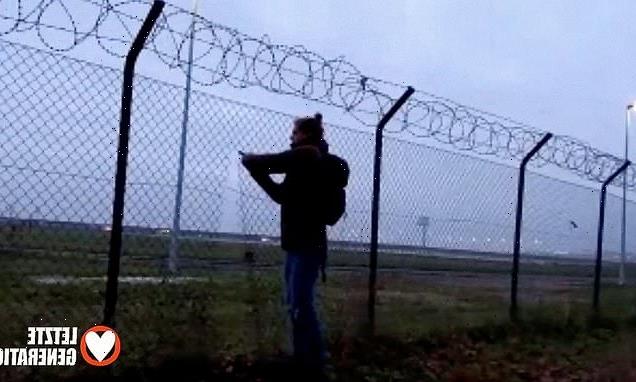 Berlin airport closed after protesters 'glue themselves to Tarmac'

Berlin Brandenburg Airport on Thursday said it closed its takeoff and landing runways due to unauthorised access of several people, while a climate group said its activists glued themselves to the tarmac.

The activists from the Last Generation environmental group called on the public to stop travelling by air and on the government to stop subsidising it, the group said on Thursday.

‘In an airport area that is not open to the public, we encountered several people who had previously gained unauthorized access and some glued themselves,’ Berlin police said on Twitter.

Footage obtained by Bild showed climate activists cutting through wire fences to access the runway before the airport shutdown. 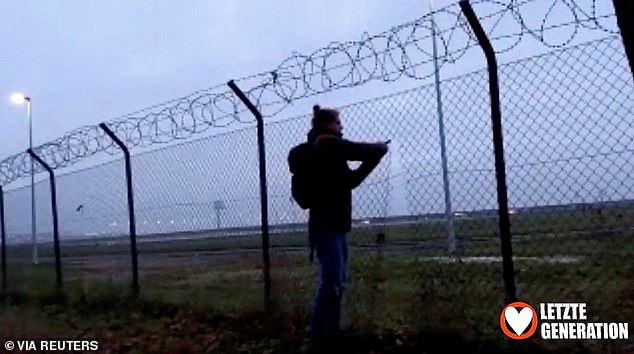 A spokesperson for the airport said police had detained the activists but the runways were closed in order for staff to check for and rule out the presence of further people.

Some of the diverted flight landed in neighbouring Leipzig, Hanover and Dresden. The Flightradar website also showed individual planes circling close to the airport, seemingly waiting for instructions.

‘This is just the beginning!’ said Last Generation, posting on Twitter after the shutdown.

The airport shutdown came at the same time as simultaneous protests across German cities. 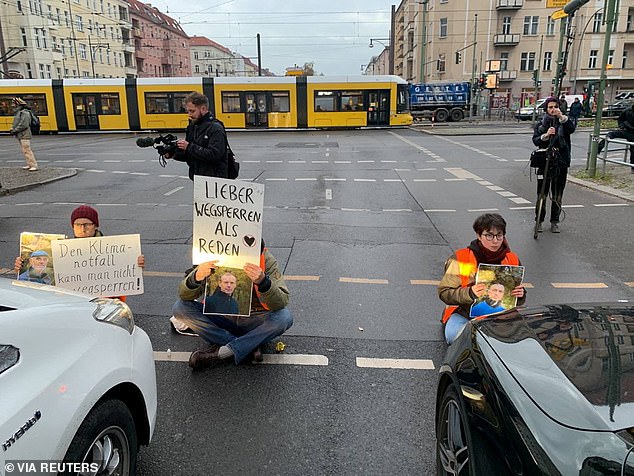 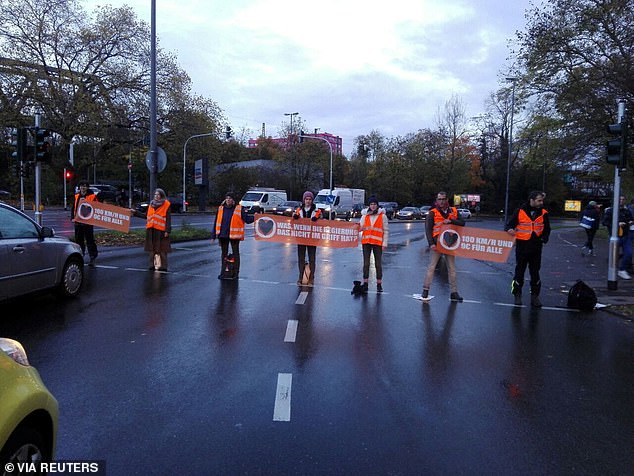 Bild reported that airports in Dresden were overloaded after several diverted flights landed and not enough employees were available to handle the equipment.

The spokesperson could not say how many flights were affected.

‘Thankfully Ryanair have lavished us with free drinks and caviar to pass the time,’ said one passenger sarcastically.

After it became known the protestors had glued themselves to the runway, another passenger said: ‘There’s hoping that the officers will have some solvent in their first aid kits.’

The passengers later said their plan was preparing take off. A spokesperson, speaking to German media, reported that the runway was eventually cleared.