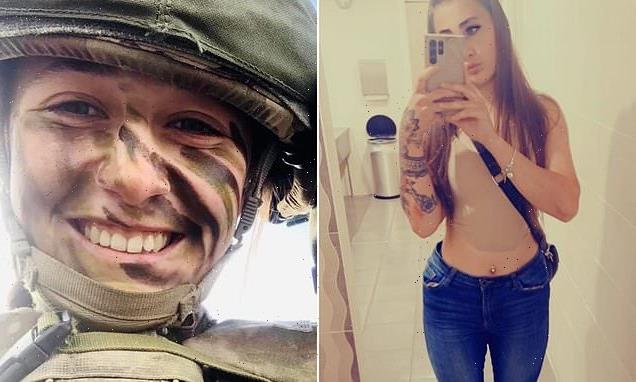 Mother-of-one Army gunner, 23, found dead at her barracks after a night out with friends had promised to phone her son just hours before taking her own life, inquest hears

A mother-of-one Army gunner who was found hanged in a shower after a night out with friends had promised to phone her son just hours before taking her own life, an inquest has heard.

Sophie Madden, 23, was found dead in the shower block at the Saint Martin’s Plain Army Training Centre in Folkestone, Kent, on the morning of June 10.

She had been on a night out with friends and colleagues the evening before her death, visiting a number of pubs in the coastal town and playing pool in the bar back at the barracks before heading to her bed at around 1am.

She was described by witnesses as ‘chatty’ and ‘enjoying herself’ – singing and dancing with her friends.

Ms Madden, a gunner in the third Regiment Royal Horse Artillery, was seen heading towards the shower block a short time later – but this was considered normal as she would usually shower before sleeping.

However, the following morning a colleague walked to the shower block at 9.30am and found Ms Madden’s belongings on a bench outside her preferred cubicle.

The soldier looked under the door and saw Ms Madden’s legs, which raised the alarm, before opening the door to find she had taken her own life.

Chantelle, one of Ms Madden’s four sisters and who is currently caring for her son, spoke to her the evening before she was found dead.

She revealed how Ms Madden had also asked to speak to her son, but he was asleep at the time.

In a police statement, she said the news of her sister’s death was ‘total surprise’ and that she was ‘so well loved’.

Instead, she told her sister she loved her and promised she would ring back to speak to him in the morning. 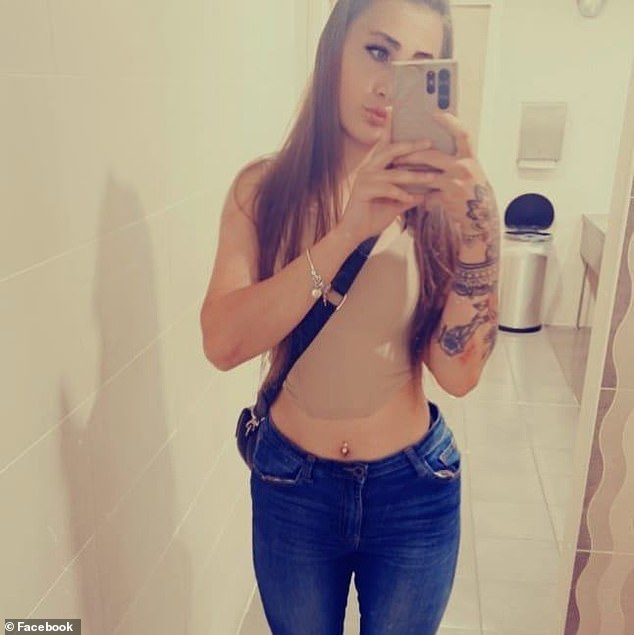 Sophie Madden, a gunner in the third Regiment Royal Horse Artillery, was found dead on the morning of June 10

Chantelle said Ms Madden had claimed, at the time of her death, that she was stressed that her phone was broken and she did not have the money to fix it.

She was also facing a bill for damages caused by her pet dog at her previous Army accommodation, her sister told the inquest.

In a statement, Chantelle added: ‘Sophie was a strong, independent woman, and didn’t tend to worry about things.

‘I told her I’d send her some money and a spare phone the next day, but I didn’t have any concerns for her safety or mental health.’

A Kent Police probe found there were no signs of third party involvement or criminal activity.

There was also no evidence she was expecting anyone to come into the shower block, nor did she inform anyone she was feeling suicidal or facing any issues.

A toxicology report found she had 173mg of alcohol per 100ml of blood in her system at the time of her death, more than double the drink drive limit, but friends who had been out with her said she had drunk less than she usually would.

Ms Madden had no ongoing physical health issues, according to her GP, and she was not known to local mental health services.

She had been placed on a ‘vulnerability register’ by the Army in 2020 after she was seen hitting her head against a wall after drinking alcohol.

But after two years of observation and weekly check-ups she was removed from the list earlier this year.

Colleagues said they were aware of rumours Ms Madden had self-harmed and had experienced a ‘difficult upbringing’.

In 2020, she was also the victim of an alleged assault by the father of her son Jayden, but declined to support a prosecution. 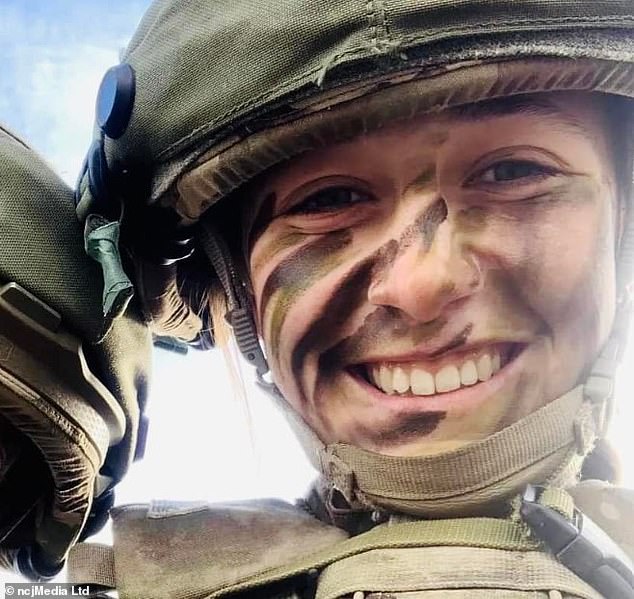 Ms Madden was described by her sister as ‘a strong, independent woman’ during an inquest at County Hall in Maidstone today

There was no note or evidence to suggest premeditation, but coroner Katrina Hepburn today returned a verdict of suicide at County Hall in Maidstone today.

She continued: ‘I’m satisfied it was Sophie who did the act… and there is no evidence of anyone else being involved.

‘I have to consider whether Sophie intended to take her own life or if it was a cry for help.

There is no evidence she was expecting anyone to come in and didn’t tell anyone she was feeling in any way suicidal, or made anyone aware of any issues when she went in.

‘I am satisfied she did in fact intend to take her own life, and satisfied all other scenarios have been ruled out.

‘Therefore a conclusion of suicide is needed on the balance of probability.’

He had served in a parachute regiment and had recently moved to the 1st Regiment of the Royal Horse Artillery.

Bdr Burnside, in his 20s, who was originally from Sheffield was found dead at his home in Rotherham on July 19.

For help, you can call Samaritans for free on 116 123 or visit samaritans.org