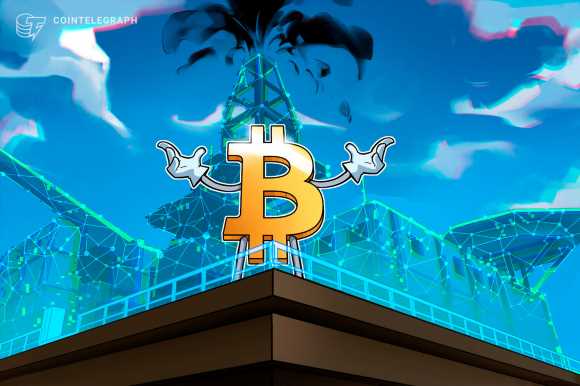 Surging Bitcoin (BTC) network hash rates are causing problems for mining companies but might be rolling out the red carpet for energy giants.

The Bitcoin hash rate, the amount of computing power given to the blockchain through mining, has reached another record peak. According to Blockchain.com, the metric hit an all-time high of 267 exahashes per second (EH/s) on Nov. 1 after increasing almost 60% since the beginning of the year.

He added that this was bullish and not a sign of a miner capitulation. However, in the short term, it could be considered bearish as miners sell coins to cover their expenses and remain in business.

This scenario would result in a stagnation or fall in hash rate which hasn’t been seen yet, adding more weight to the premise that rigs are being deployed by other entities.

It appears that the big oil influence is already happening.

Earlier this year, it was reported that ExxonMobil has been working with Denver-based Crusoe Energy Systems to mine Bitcoin in North Dakota. In June, reports emerged that the oil subsidiary of Russian natural gas giant Gazprom will provide energy to mining firm BitRiver.

There has been an increased usage of gas flare energy, a byproduct from the oil industry that is otherwise wasted, to power Bitcoin mining.

Earlier this month, Argentina’s state-owned energy company YPF stated that it would be converting residual gas flare energy into power for crypto mining.

These are just a few examples of the influence that big oil is having over Bitcoin mining, and they are likely to increase going forward. Back in 2020, Cointelegraph reported that oil companies could dominate BTC mining by 2025.

Firms that rely on Bitcoin mining as their sole business and revenue source are struggling at the moment as each block becomes more competitive, energy prices skyrocket and hash price or profitability slumps.

The depressed price of Bitcoin, which is down 70% from its all-time, high is certainly not making things easier for Bitcoin miners.

The 8 Best Cryptocurrencies to Invest in Australia in 2022
Technology