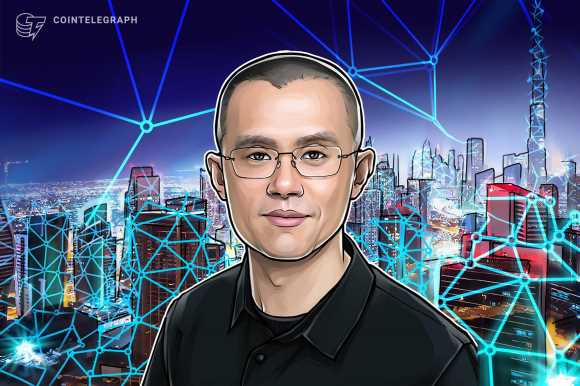 Changpeng Zhao, chief executive officer of crypto exchange Binance, has denied a report claiming he met with investors in Abu Dhabi in an effort to raise cash for the company’s crypto recovery fund.

According to a Nov. 22 report from Bloomberg, CZ and others affiliated with Binance discussed raising cash for its proposed fund, aimed at helping projects with potential liquidity issues. Zhao and the Binance team reportedly met with potential backers associated with United Arab Emirates National Security Adviser Sheikh Tahnoon bin Zayed, while a Binance spokesperson said the meetings were “focused on general global regulatory matters.” CZ pushed back against the report on Twitter, saying only it was “false.”

The Binance CEO first announced the fund on Nov. 14 following FTX’s “liquidity crunch” and bankruptcy filing. It’s unclear how large the crypto exchange intended the fund to be. FTX’s bankruptcy filings suggested the firm owed more than $3 billion, while it had slightly more than $1.2 billion in cash as of Nov. 20. However, CZ added on Twitter that the fund was never intended for “liars or frauds.”

Binance and CZ became entangled in the FTX debacle after announcing the exchange planned to liquidate its supply of FTX Token (FTT) and discussing a possible bailout at the request of then CEO Sam Bankman-Fried. Binance pulled out of the potential deal less than 48 hours later, FTX filed for bankruptcy, and Bankman-Fried resigned.

“If we can’t help him, there’s probably nobody else that would,” said CZ on Nov. 17 in reference to a call with Bankman-Fried regarding FTX. “Probably a bunch of people passed on the deal before us.”

Related: CZ explains why it’s so important to be building during the bear market

Black Friday buyers warned to watch out for scams

Singapore central bank explains why Binance was on its alert list, but FTX wasn’t
Technology