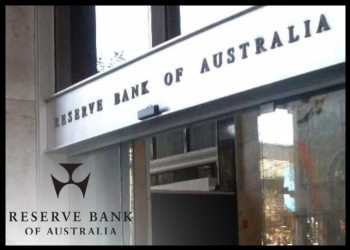 Australia’s central bank hiked its key interest rate by another half percentage points, as widely expected, as policymakers viewed that the withdrawal of the extraordinary support is now needed to contain inflation amid strong labor market conditions.

The policy board of the Reserve Bank of Australia, headed by Governor Philip Lowe, decided to lift the cash rate target by 50 basis points to 1.35 percent from 0.85 percent, on Tuesday. The decision was in line with economists’ expectations.

This was the third consecutive rate hike after a 50 basis points raise in June and 25 basis points increase in May. The current interest rate is the highest since May 2019.

The RBA also increased the interest rate on exchange settlement balances by 50 basis points to 1.25 percent.

The resilience of the economy and the higher inflation mean that this extraordinary support is no longer needed, Lowe said in a statement.

The bank expects to take further steps in the process of normalizing monetary conditions in Australia over the months ahead.

Lowe said the size and timing of future interest rate increases will be guided by the incoming data and the Board’s assessment of the outlook for inflation and the labor market.

Inflation is forecast to peak later this year and then decline back towards the 2-3 percent range next year.

Policymakers noted that the behavior of household spending was one source of uncertainty about the economic outlook.

The global outlook remains clouded by the war in Ukraine and its impact on energy prices, they observed. There are also ongoing uncertainties related to COVID, especially in China, the RBA said.

However, the bank is expected to reverse course next year and cut rates again, the economist added.