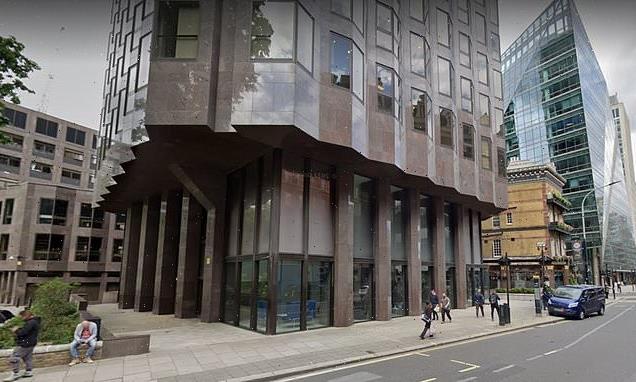 Trans activists leave 60 bottles of urine outside EHRC during protest

A group of transgender activists left more than 60 bottles of urine outside the Equality and Human Rights Commission (EHRC) in effort to protest the agency’s single-sex toilet policy.

The anonymous group Pissed Off Trannies (POT) held a so-called ‘piss-in’ on Friday outside the EHRC offices in Westminster, London.

Masked protesters displayed various bottles of urine outside the building, before building security called police to cordon off the area.

One demonstrator took dramatic action by pouring urine on herself and the pavement as she accused the agency of having ‘blood on its hands.’

Activists told VICE the piss-in was representing an ‘extreme version of the public embarrassment that trans people experience on a daily basis.’

The demonstration came after the news outlet leaked EHRC’s restroom guidance, which excludes trans people from using single-sex spaces, such as toilets or changing rooms, without possession of a Gender Recognition Certificate. 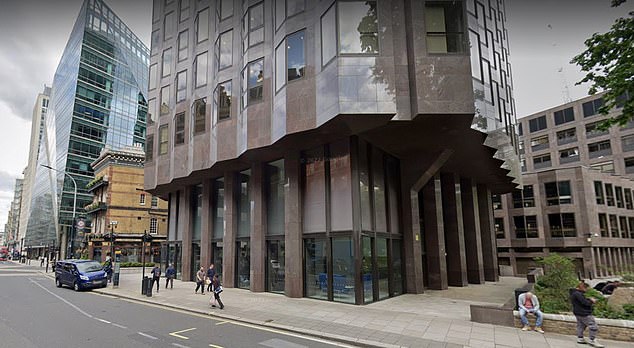 A group of transgender activists left more than 60 bottles of urine outside the Equality and Human Rights Commission office in Westminster, London (pictured) in effort to protest the agency’s single-sex toilet policy

‘The Equality and Human Rights Commission… is more concerned with pushing its transphobic agenda than it is in protecting the civil rights of the people it’s meant to serve, which is UK citizens,’ the demonstrator who dosed herself in urine told VICE.

During the protest she also screamed out: ‘The EHRC has blood on its hands and piss on its streets.’

POT exited the premises after the demonstration, leaving behind bottles of urine for the ‘bewildered and annoyed’ security team who ultimately called police.

More than 20 officers responded to close off the area with vans and police tape. It is unclear how long it took officials to clean up the area.

The EHRC did not immediately respond to Mail Online’s request for comment.

Meantime, POT says they are inspired by the ‘zapping’ protests of the 1970s and 80s which utilised outrageous demonstrations – such as politicians being pied on TV and drag nuns dancing the can-can at Christian events – to draw attention to LGBT issues.

‘We want queer people to know that protests can be enjoyable, they can be theatrical, they can be exciting, and they can be full of rage,’ the activist alleged.

She also equated the action to the embarrassment trans people feel when ‘using the toilet that either doesn’t fit with their gender or using the one that does, and then facing the backlash of people’s judgement.’

The ERHC is a non-departmental agency responsible for enforcing equality legislation across Britain.

The authority recently issued guidance that advised it was legal to exclude trans people from single-sex services and spaces if doing so was a ‘proportionate means of achieving a legitimate aim.’

In wake of its guidance, 19 LGBT groups have asked the Global Alliance of National Human Rights Institutions to remove the EHRC’s A-list rating for being a human rights authority.

The organisation has denied allegations that it or its senior staff leaders are anti-trans.

Poorest School District in Every State