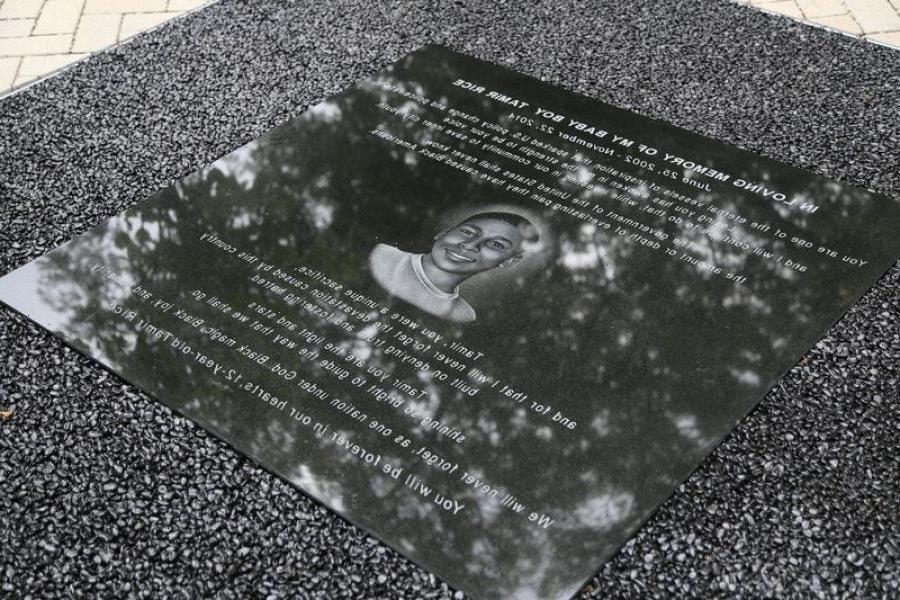 Nearly eight years after Tamir Rice was shot and killed by Officer Timothy Loehmann, The Rice Butterfly Memorial was erected on July 16th to honor the 12-year-old’s life.

Located at Cudell Park,  Cleveland 19 News reported that the memorial is located in the same place where Rice was shot by police while playing with a fake gun.

“The butterfly is an example of qualitative change that emerges after a series of quantitative changes made by the caterpillar,” said Molly Nagin, Vice President of The Tamir Rice Foundation. “Ella Baker once referred to quantitative changes. She called it the spade work of organizing. The thankless minutiae, the community organizing that leads to the revolution of society,” she added.

“My son is one of the most painful sacrifices for the world to endure. As his mother, the pain is so real, I will be in pain for the rest of my life,” said Samaria Rice, Tamir’s mother.

Cleveland police would later tackle Tamir’s sister, Tajai, after she arrived at the shooting scene, an act the Rice Foundation describes as police brutality.

Since Tamir’s death, Officer Timothy Loehmann did not face any charges for the shooting incident, which occurred on Nov. 22, 2014. And after Tamir died from his injuries on Nov. 23, 2014, Loehmann was only fired from the Cleveland Division of Police for lying on his job application.

Officer Loehman was hired as a police officer in a small Pennsylvania town earlier this month, according to 19 News. He has since withdrawn his application.