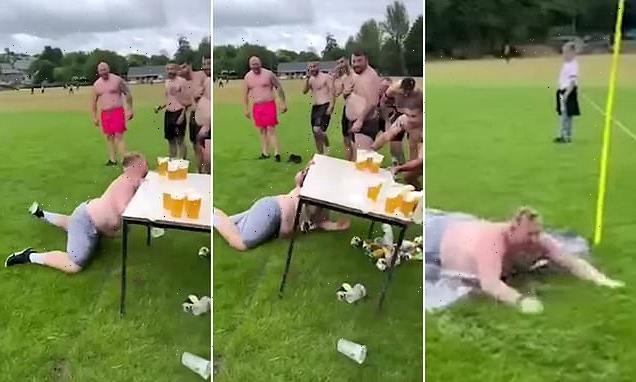 A viral video has captured the hilarious moment a rugby pre-season challenge went wrong – when a player crashed headfirst into a table of pints.

The 31-second clip, posted by amateur Welsh rugby team Blaina RFC on Saturday, shows the team taking part in a challenge involving downing a pint after going down a water slide.

The ‘epic fail’ footage starts with the team, based in Blaenau Gwent in south-east Wales, cheering as the first player approaches the slip-and-slide.

After a spectacular dive onto his belly, he manages to get up and downs his pint in a matter of seconds.

The cheers continue as a second player, wearing grey shorts and no shirt, takes to the slide.

He speeds down with ease – but quickly realises he is going too fast. 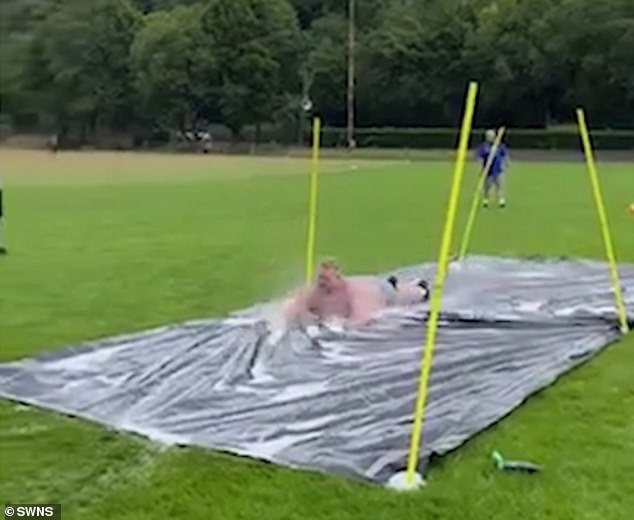 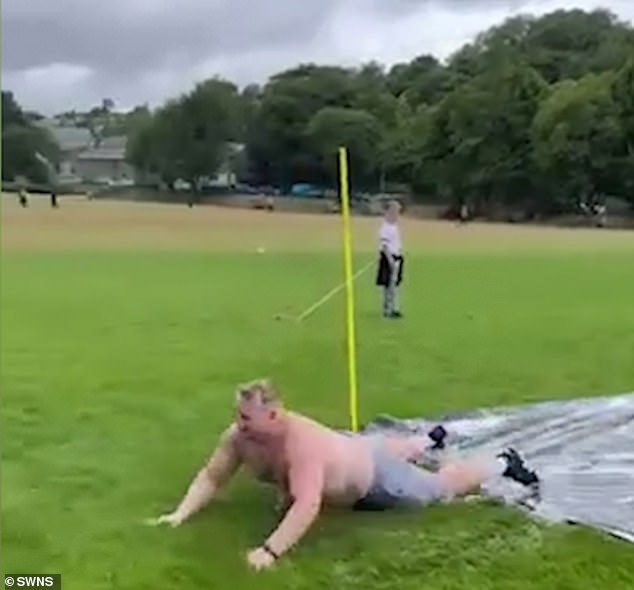 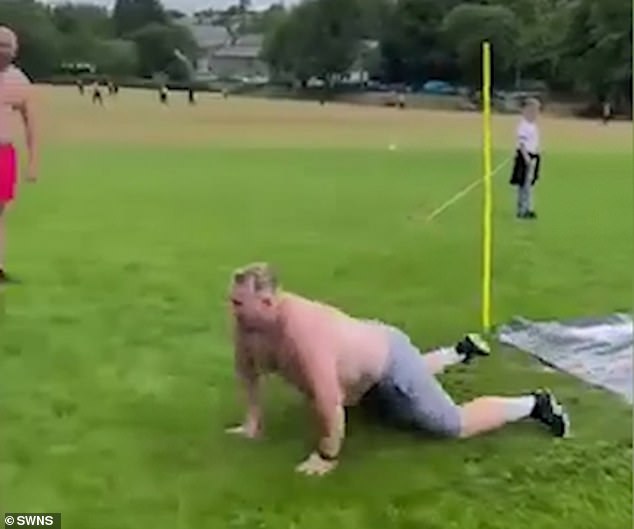 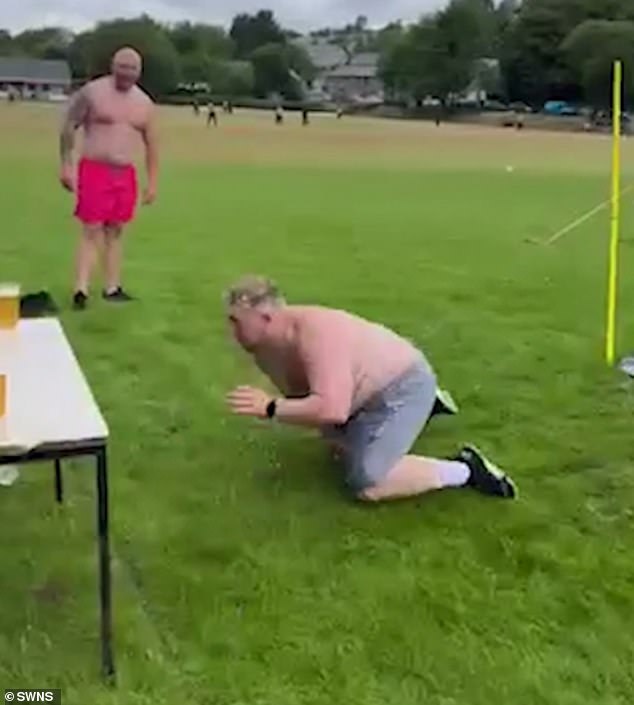 The man is hurtled from the end of the slip-and-slide and crashes into the table filled with pints.

He tries to clutch on to the table for support but, as he does so, manages to send the seven lagers flying off the table.

The player struggles to his feet amid cheers and rounds of applause from his laughing teammates, who manage to save two of the pints. 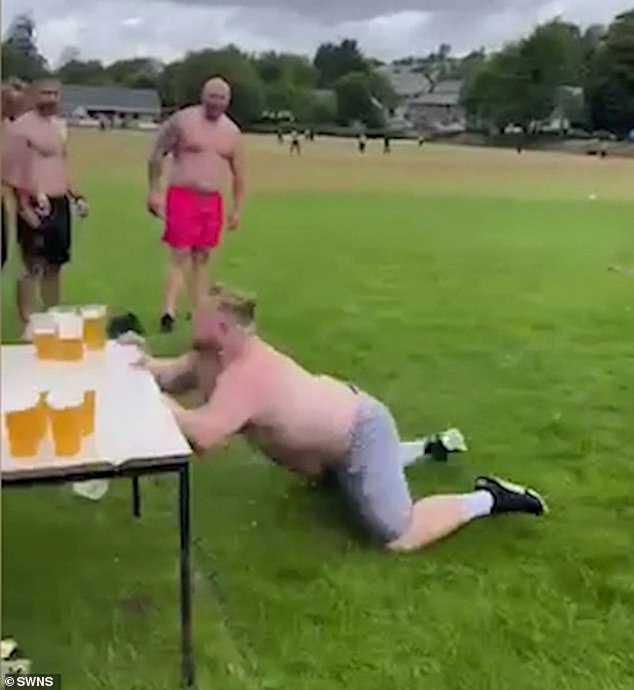 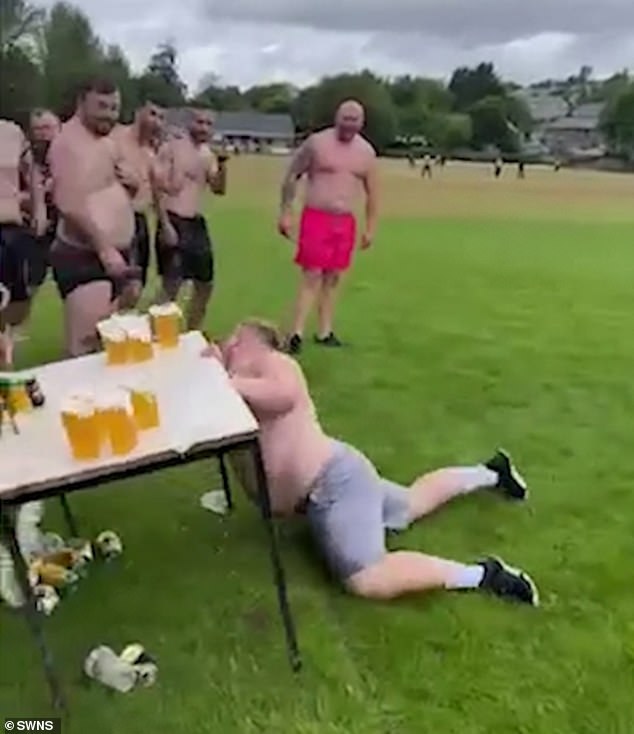 Disaster! He tries to clutch onto the table for support but, as he does so, manages to send the seven lagers flying off the table 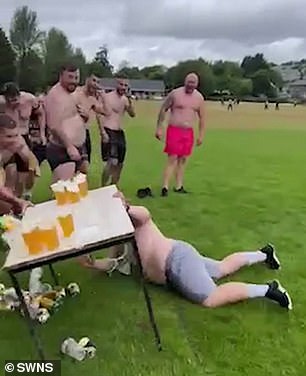 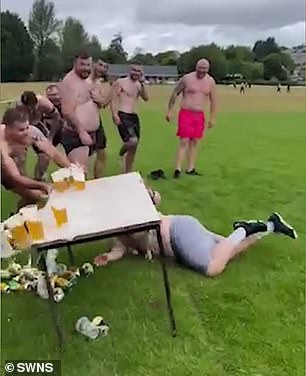 Despite the almighty crash he heroically completes the challenge and drinks the surviving pint of beer.

Luke Rees, 25, captain of Blaina, said: ‘Everyone just went nuts. They didn’t know whether to be angry or to burst out laughing. He took a bit of roasting for it.

‘It brought everyone together a bit more. It was a special moment that meant we left Saturday in arms together.’ 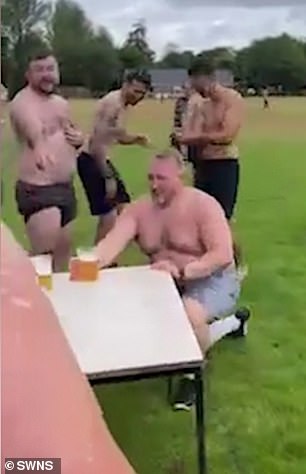 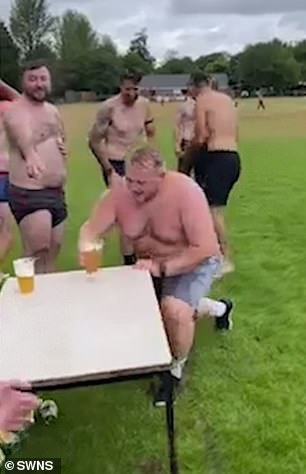 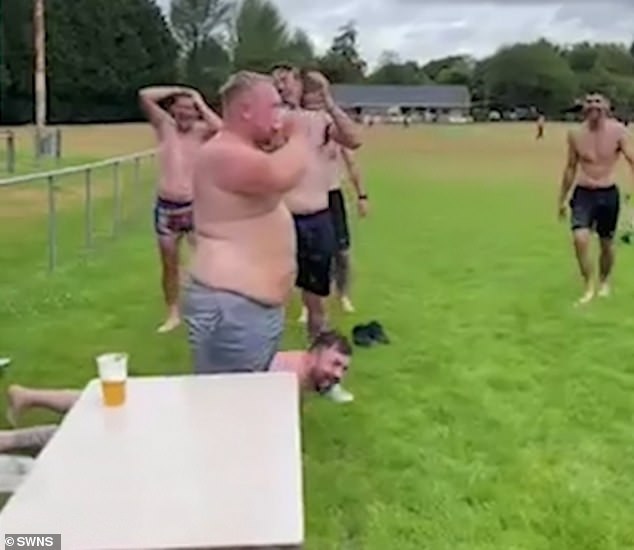 Last pint standing! The players are in hysterics as he drinks the well-deserved beer 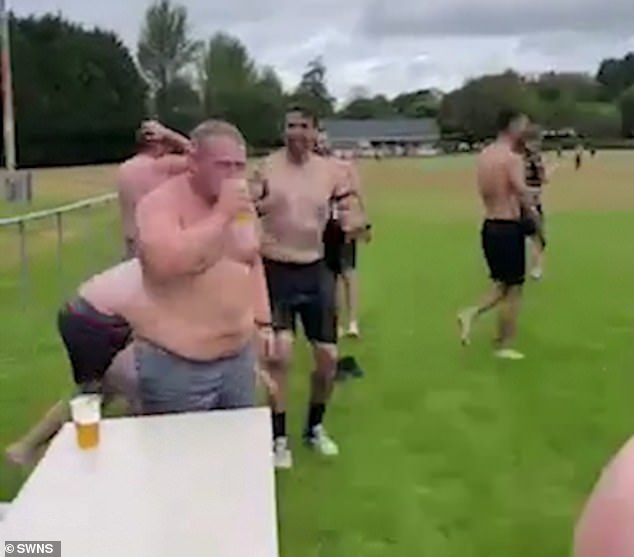 The Blaina RFC captain said: ‘Everyone just went nuts. They didn’t know whether to be angry or to burst out laughing. He took a bit of roasting for it’

The now-viral video has attracted over 31,000 views on Twitter.

The trend, which was started by the Llanelli Wanderers, has been completed by rugby clubs across Wales.

The team replied to Blaina RFC’s version of their challenge, saying: ‘One of ours almost lost his teeth before we moved the bench back!’

Blaina RFC responded: ‘Wish you had warned us’.

The team play in the Welsh Rugby Union division three east league and are a feeder club for the Newport Gwent Dragons.