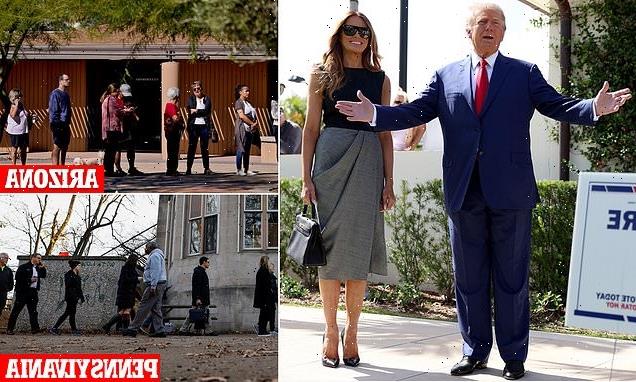 MIDTERM ELECTIONS 2022: Crucial Nevada Senate race gets CLOSER as more votes come in – while Arizona keeps counting through the night and Wisconsin stays too close to call

The Kremlin said Wednesday that Moscow’s ties with Washington were likely to remain at rock bottom regardless of the results of US midterm elections, with relations at a historic low over the conflict in Ukraine.

‘These elections won’t have any significant impact,’ Kremlin spokesman Dmitry Peskov was quoted as saying by Russian news agencies, adding: ‘Our existing ties are bad and they will remain bad.’ 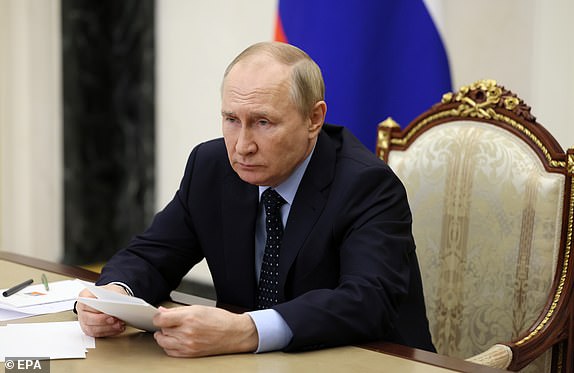 An ardent Trump loyalist is facing a nail-biting race to keep her seat in the House as it has become increasingly clear her Democratic opponent made unexpected gains.

Six-term Republican Rep. Mark Amodei has defeated Elizabeth Mercedes Krause, as expected, in Nevada’s rural northern district where no Democrat has ever won.

The 2nd Congressional District was considered the only safe seat for either party among the four in the western battleground of Nevada, where three incumbent Democrats faced stiff challenges. All three of those races were too early to call early Wednesday.

Voting officials in the two most populous counties, encompassing the population centers of Las Vegas and Reno, warned it would take days to process mail-in ballots that can be counted for four days after Election Day as long as they were postmarked by Tuesday.

The midterm election results could see President Joe Biden’s agenda effectively stymied for the next two years if projections of an expected Republican sweep of Congress come true.

All 435 seats in the House of Representatives are up for grabs, as are 34 Senate seats and 36 governorships – in addition to a myriad of state and local roles.

The crucial Nevada Senate race is close as more votes have come through, while Arizona is counting through the night and Wisconsin is too close to call.

Democrats have largely focused their campaigns on outrage over the Supreme Court’s reversal of Roe v. Wade and subsequent Republican-led efforts to curb abortion access.

They’ve also ramped up warnings in the closing weeks that a GOP majority could pose a threat to democracy, given Donald Trump and his allies’ efforts to upend his 2020 election loss.

Republicans, meanwhile, have focused their campaigns on kitchen table issues such as the economy, inflation and rising crime rates. A growing number of Americans are discontent with the state of their pocketbooks, and the GOP has tied that to Biden and Democrats’ policies over the last two years.

Follow along with MailOnline’s live blog coverage of how tonight’s races play out.