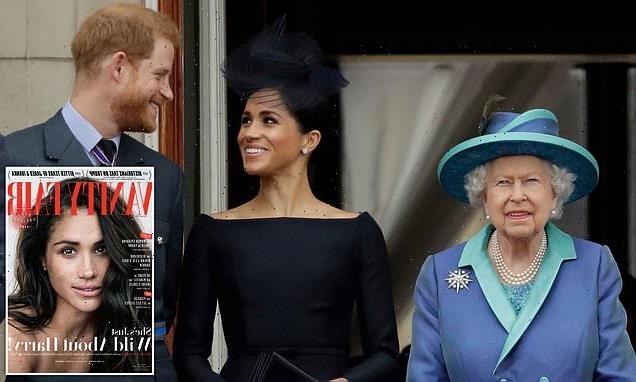 Meghan was 'hysterical' after Palace reacted to her Vanity Fair cover 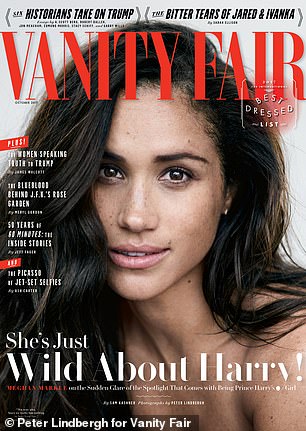 Meghan Markle called her PR team in hysterics after Buckingham Palace reacted with ‘fury’ to her Vanity Fair interview about Prince Harry, a bombshell new book has claimed.

Tom Bower, journalist and author of ‘Revenge: Meghan, Harry and the war between the Windsors’, says Meghan was ‘ecstatic’ when she was asked to appear on the cover of Vanity Fair’s September 2017 issue and do an interview with the magazine.

But when the magazine ran with the headline ‘Wild About Harry’ on its cover –  focusing on Meghan’s relationship with the British prince rather than her work as an actor, activist and philanthropist – Bower says the Palace was taken aback.

Within hours of the magazine’s pre-publication copies being sent to Buckingham Palace, Bower says Meghan phoned her PR firm and ‘hysterically’ told them of the Palace’s fury.

According to Bower, Kashner was told Meghan was under strict orders from both Harry and her PR firm to steer clear of sensitive subjects – such as race, Donald Trump and her relationship with the prince.

The interview was done at Meghan’s home. Bower says Kashner was uneasy knowing that Meghan had been told to be careful with what she told him.

‘Both knew that a lot was riding on the interview, and both understood that the critical issue of Harry had been vetoed,’ Bower says in his new book, according to The Sun newspaper. ‘Meghan spoke, he realised, knowing that she had the winning ticket but avoiding giving an impression of triumphalism.’

After first discussing Meghan’s speech at the United Nations and a letter she sent to Procter & Gamble as an 11-year-old requesting that they change a slogan promoting washing-up liquid that was deemed sexist, Kashner asked her about Harry. 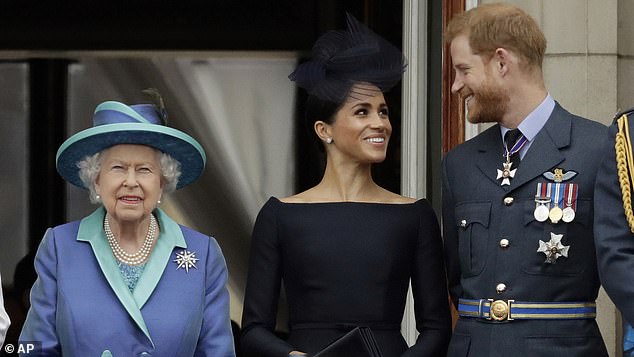 Pictured: Prince Harry (right) and Meghan Markle (centre) appear alongside the Queen in July 2018. For her interview with Vanity Fair in 2017, Meghan was reportedly told by Harry not to disclose their relationship

As reported by Vanity Fair in 2017, Meghan said: ‘I’m sure there will be a time when we will have to come forward and present ourselves and have stories to tell, but I hope what people will understand is that this is our time.

‘This is for us. It’s part of what makes it so special, that it’s just ours. But we’re happy. Personally, I love a great love story.’ 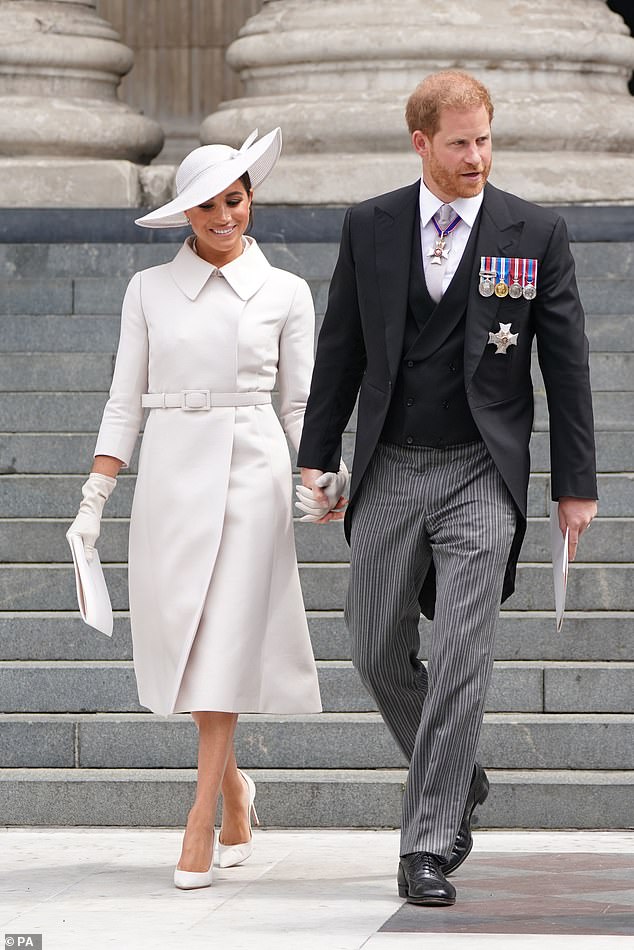 Harry and Meghan are pictured at St Paul’s Cathedral for the Queen’s Thanksgiving mass, June

‘Like a thunderclap, the interview triggered sensational reactions: Meghan had used her relationship with Harry to promote herself,’ he says. ‘The Hollywoodisation of the royal family had sealed Meghan’s fate as Harry’s fiancée.’

According to Bower, within hours of the pre-publication release, Meghan rang Ken Sunshine and Keleigh Thomas Morgan telling them of the Palace’s ‘fury’.

She said the agency should have had her comments about her relationship with Harry removed, raising fears she would fire them over the cover.

Ken Sunshine reportedly told Vanity Fair’s editor that he would have to ‘deal with the Queen on this’. Ken Sunshine was told that Meghan only got the cover ‘because of who she was likely to marry,’ Bower writes, and not on her own merit.