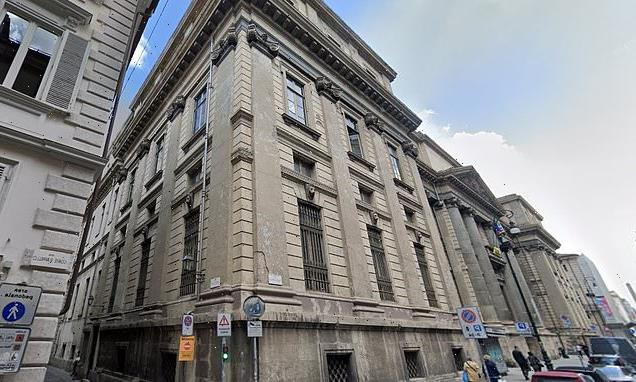 A young Italian man has been cleared of rape after a judge ruled that the woman leaving her toilet door open was an ‘invitation to dare’ and ’caused the man to approach’.

At Turin’s appeals court last Friday, the judge says that the ‘victim’ was ‘high after an excessive use of alcohol’ when the pair went in to the toilets of a pub together in central Turin, Italy, in May 2019.

The woman also had a broken zip fastening on her jeans, but this was ruled out as proof that she was undressed by the man because they were ‘old and worn out’.

The appeal sentence overturned a two-year conviction for rape and has since been widely condemned by politicians and women’s groups.

Laura Ravetto, an MP for political party League, said the sentence was ‘spine-chilling’. 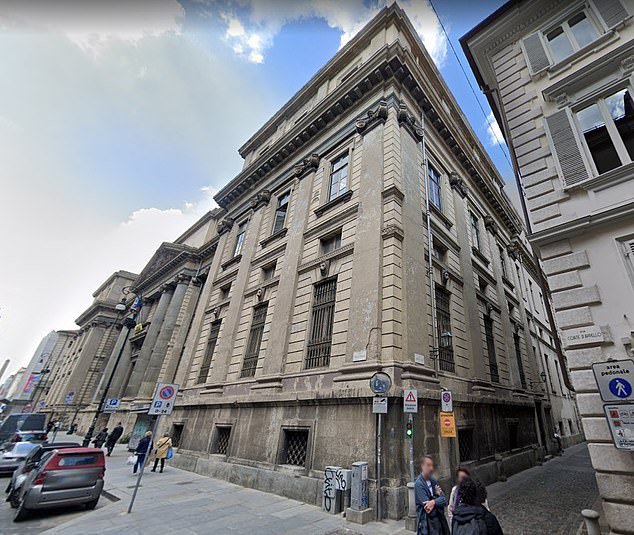 She said: ‘The girl, who clearly voiced her non-consent to sex, supposedly “induced the man to dare” by leaving the toilet door open and being drunk. It’s aberrant’.

Politician Maria Edera Spadoni, who is part of the Five Star Movement political party, said the verdict ‘sets the fight against gender violence back by light years’.

She said magistrates must be ‘retrained’ on the issue.

Democratic Party Senator Valeria Valente said: ‘This sentence is particularly serious. I place my trust in the supreme Court of Cassation to overturn it.’

Italian courts have previously been accused of misogyny. In 2019, two men were cleared of rape after judges ruled their victim was ‘too masculine’ and unattractive.

The two 22-year-old men were originally cleared in 2017, but the reason for their ruling was only made public last week after the court of appeal ordered a retrial.

Judges said the accused had found the victim unattractive and one stored her number in his phone under ‘Viking,’ alluding to her masculine frame.

Hundreds gathered in demonstration against the decision outside the courthouse in Ancona in central Italy on Monday.

‘For shame!’ shouted about 200 demonstrators, accusing the justice system of misogyny and a ‘witch hunt.’ 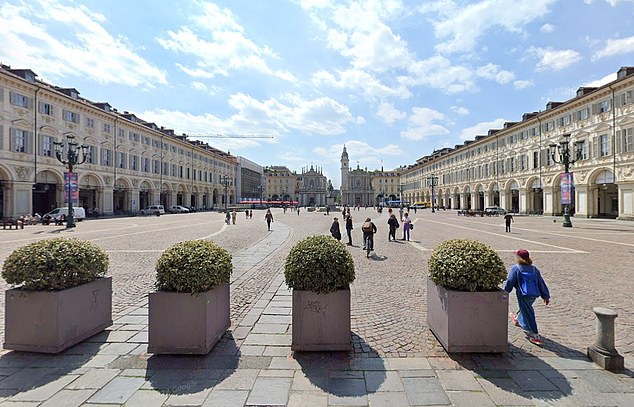 The judge says that the girl was ‘high after an excessive use of alcohol’ when the pair went in to the toilets of a pub together in central Turin, Italy, in May 2019. Pictured, Turin town centre

The men, both Peruvians, had initially been convicted in 2016 of raping a Peruvian woman in 2015, but the Ancona appeals court threw out the charges, saying the woman’s story was not believable.

And in 2017, another judge sparked outrage outrage after clearing a man of raping a woman on a hospital bed because she didn’t scream.

The alleged attacker, 46, walked free from court in Turin, northern Italy, after the judge questioned why the woman did not call out for help.

Although she said ‘enough!’ to the former colleague accused of raping her, the court ruled that this constituted too weak a reaction to prove that she was sexually attacked.