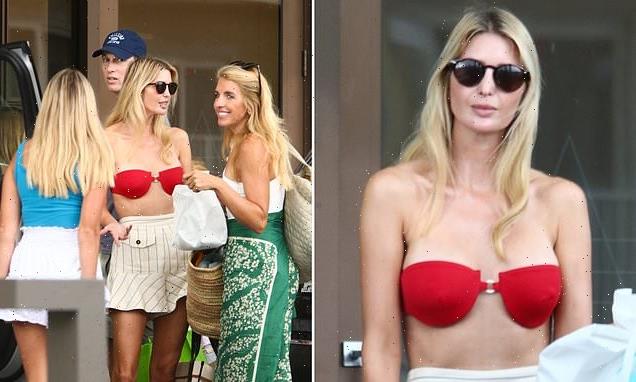 EXCLUSIVE: A vision in red! Ivanka Trump wows in bikini and white shorts in Miami after spending family time with kids and Jared Kushner while he recovers from second surgery for thyroid cancer

Ivanka Trump was seen enjoying the Florida sun this weekend as she wowed in a red bikini top and white shorts with stylish shades, while her husband Jared Kushner hung around nearby amid his recovery for thyroid cancer surgery.

The stylish pair were spotted chatting with friends and relaxing in the Miami sunshine, with Ivanka, 40, stunning in the red top while Jared, 41, sported a trademark outfit of a cap and casual shirt.

The daughter of former President Donald Trump seemed happy to be talking with a couple of friends in the Florida heat.

The couple were pictured with their three children as they hung out, and were also seen recently strolling around a Miami neighborhood as their kids played on scooters.

She gestured enthusiastically as she chatted with her friends and appeared glowing in the sunshine on Sunday. 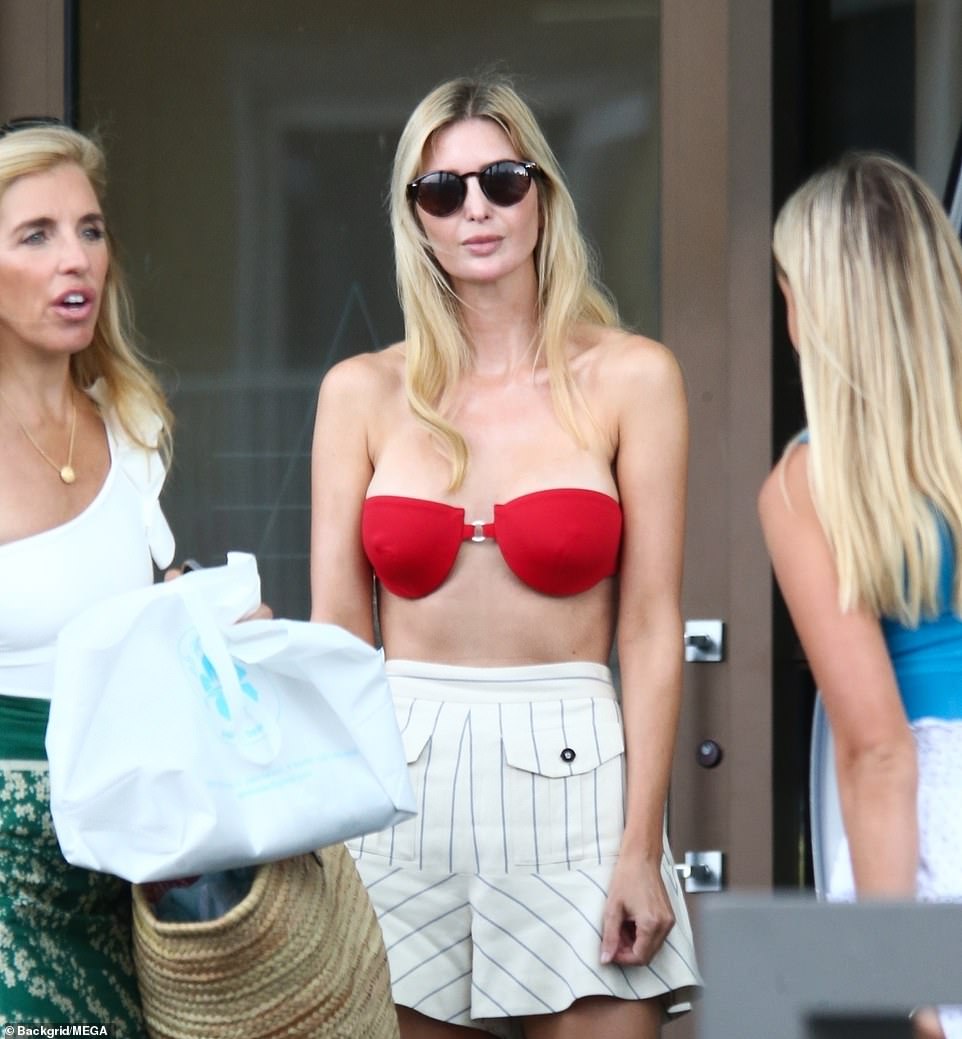 Ivanka Trump, 40, was spotted stunning in sunny Florida as she and her husband Jared Kushner take a family break with their three kids 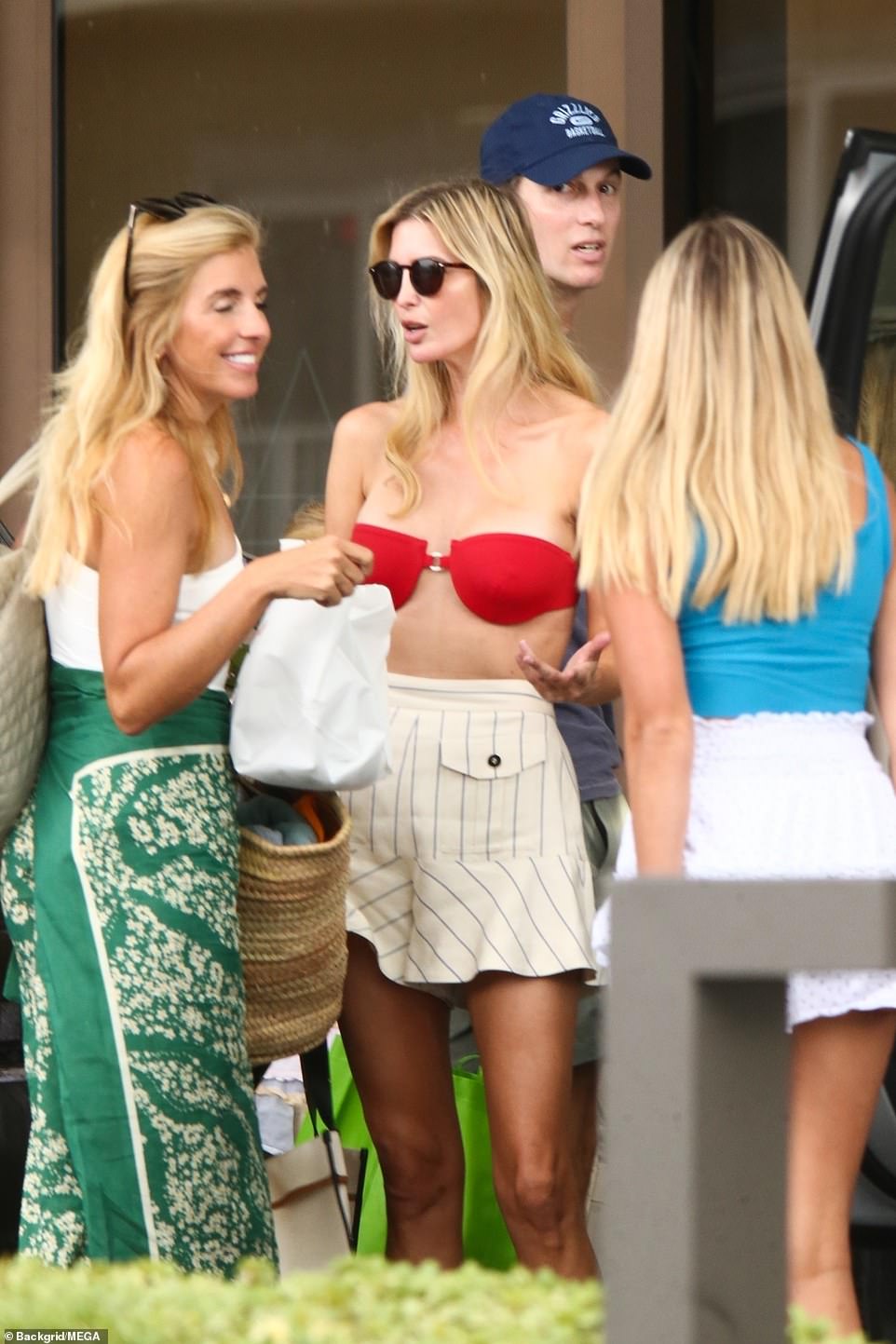 Kushner recently underwent a second surgery for thyroid cancer, and stood in the photos patiently as Ivanka chatted 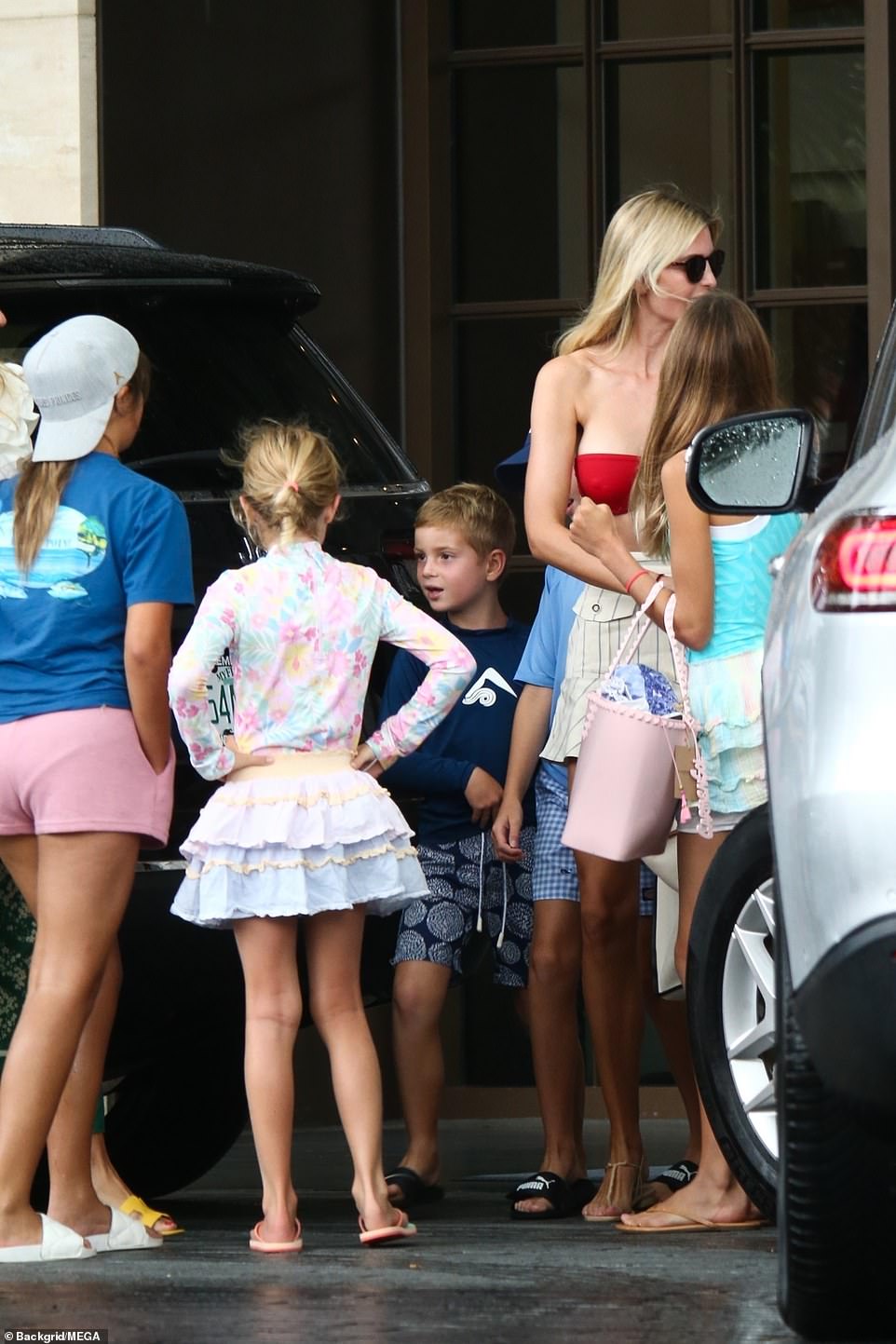 The group of women chatted casually as their children played nearby, with Ivanka’s daughter Arabella and son Theodore both spotted

Earlier this month, Trump’s former senior advisor Jared was spotted with a bandage on his neck while out on a boat ride with his family in Miami.

It was one of his first public appearances after he had his cancer surgery.

While enjoying the sunshine on the water, the author of Breaking History dressed down for the day with a sky blue t-shirt and a pair of bright yellow shorts, with dark sunglasses and a baseball hat.

At one stage during the couple’s day out with the family, the kids played in an inflatable donut that was dragged behind the boat.

The couple lives in Miami in the plush Arte Surfside apartment building. 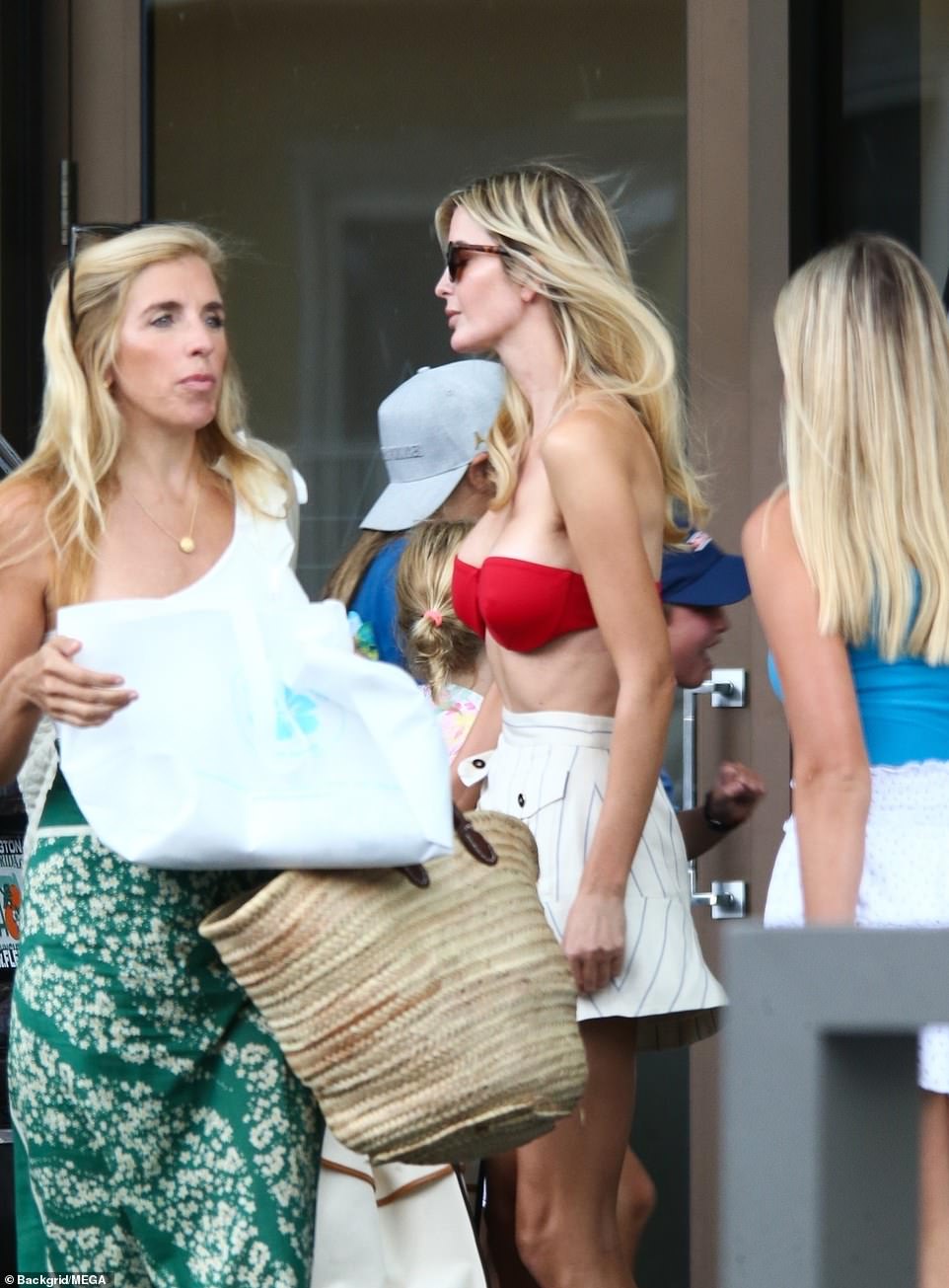 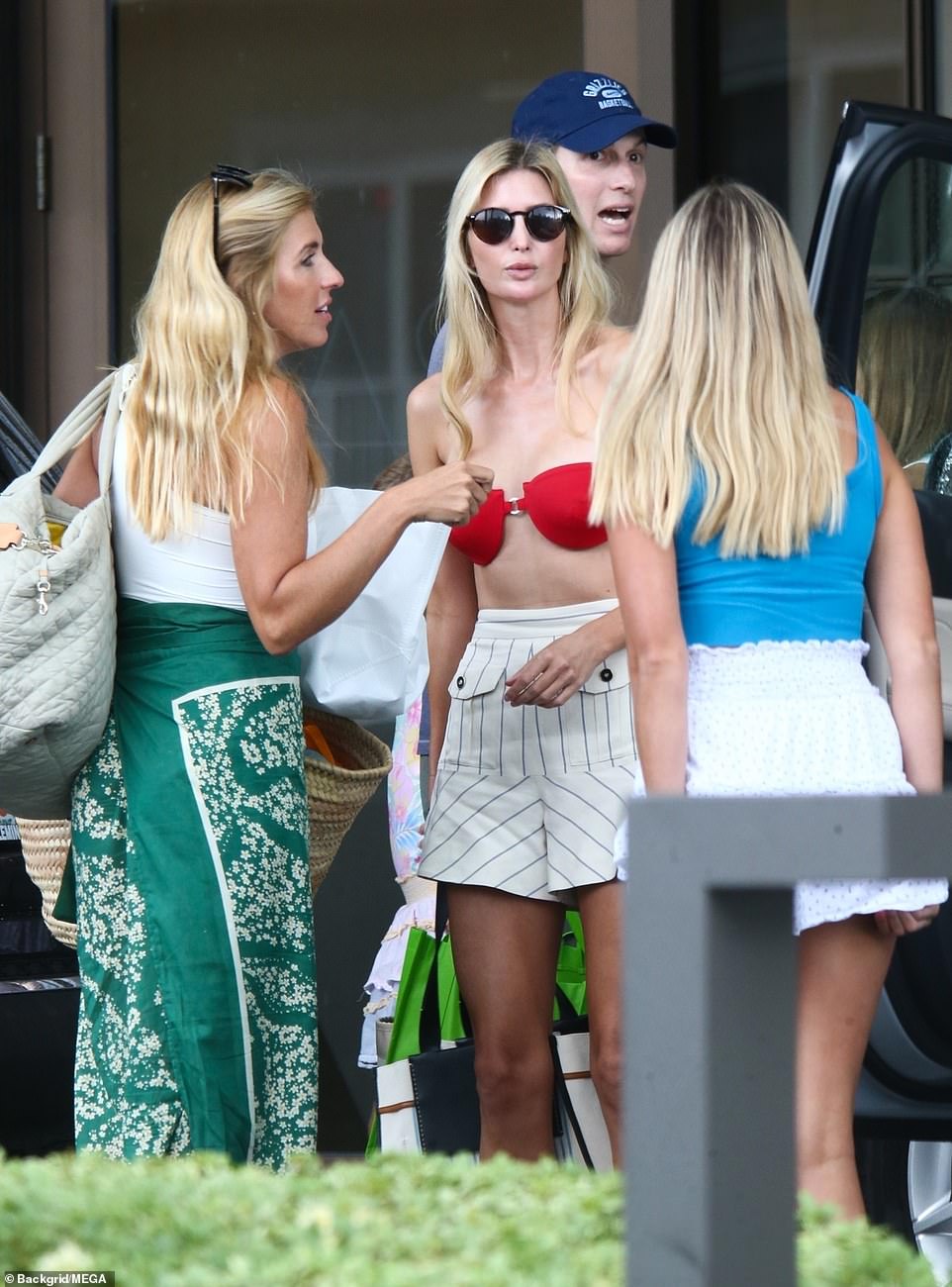 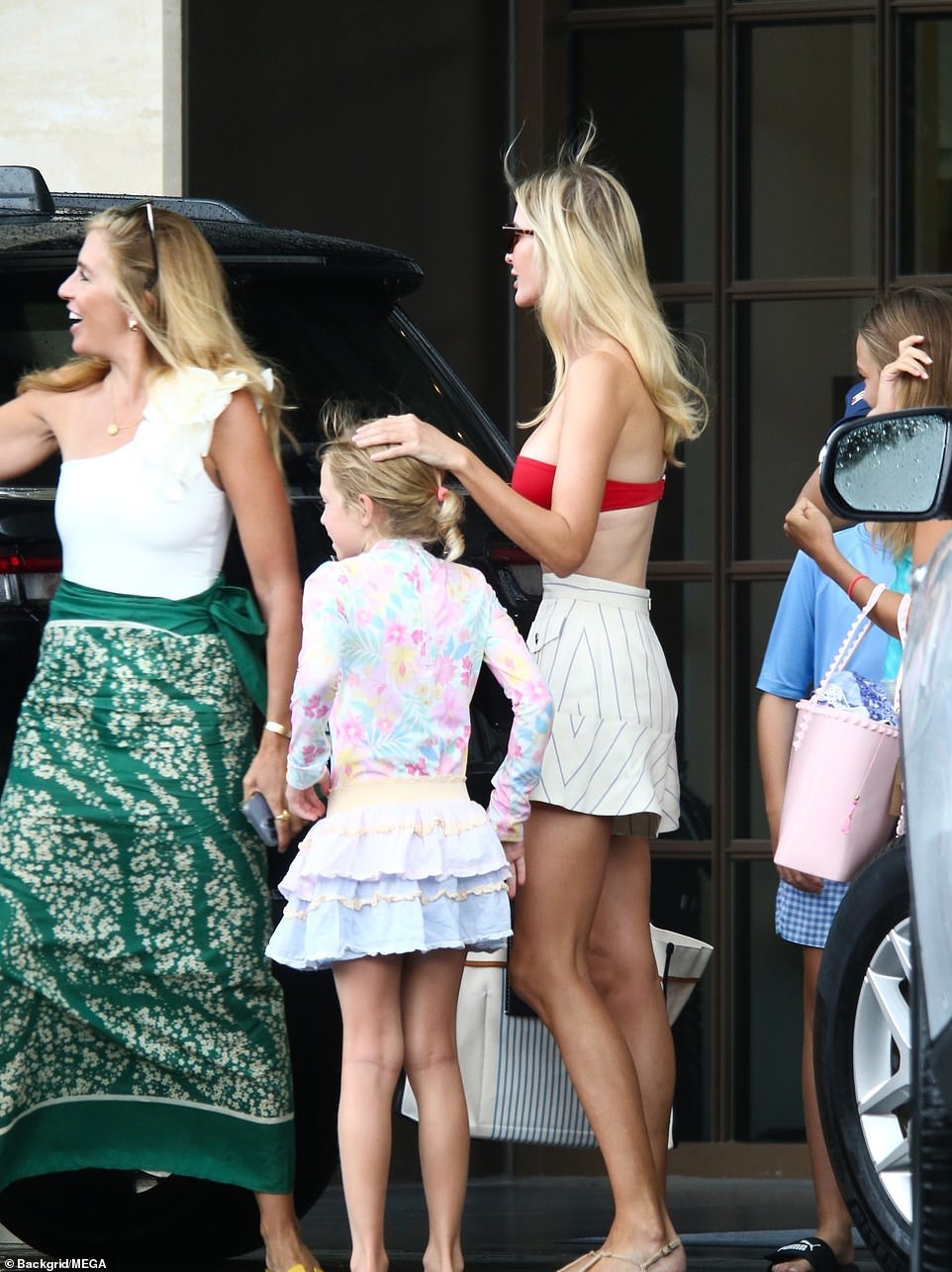 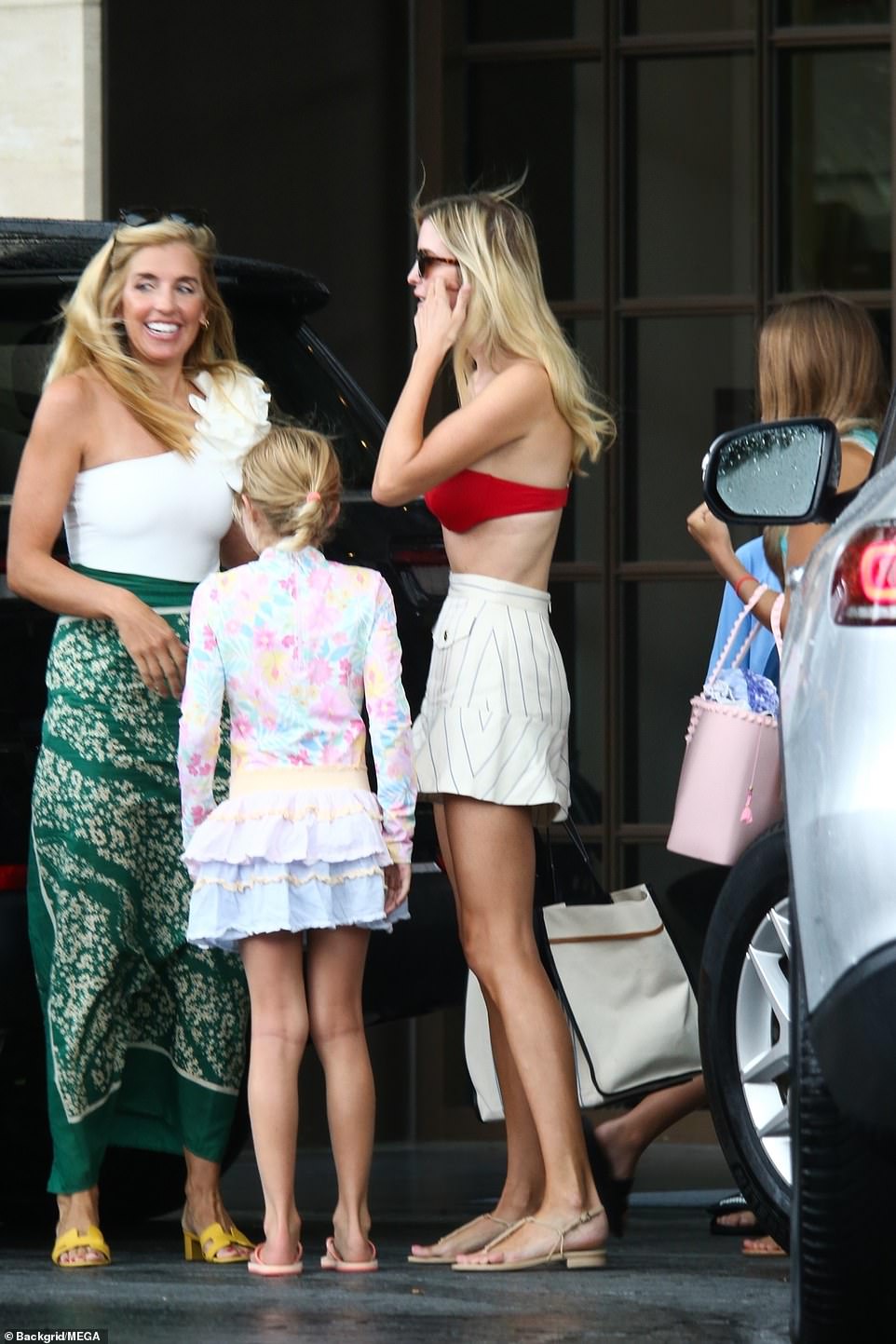 The family did not seem to be letting the stress of the death of Ivanka’s mother, Ivana, earlier this summer, Donald Trump’s legal troubles, and Kushner’s battle with cancer get them down.

Kushner’s second surgery for thyroid cancer has been deemed a success while the rollout continues for his White House memoir.

They were spotted on Saturday heading to the local synagogue, as Ivanka converted to Judaism before her marriage to Kushner, who is Jewish. The family now observes sabbath and keeps kosher. 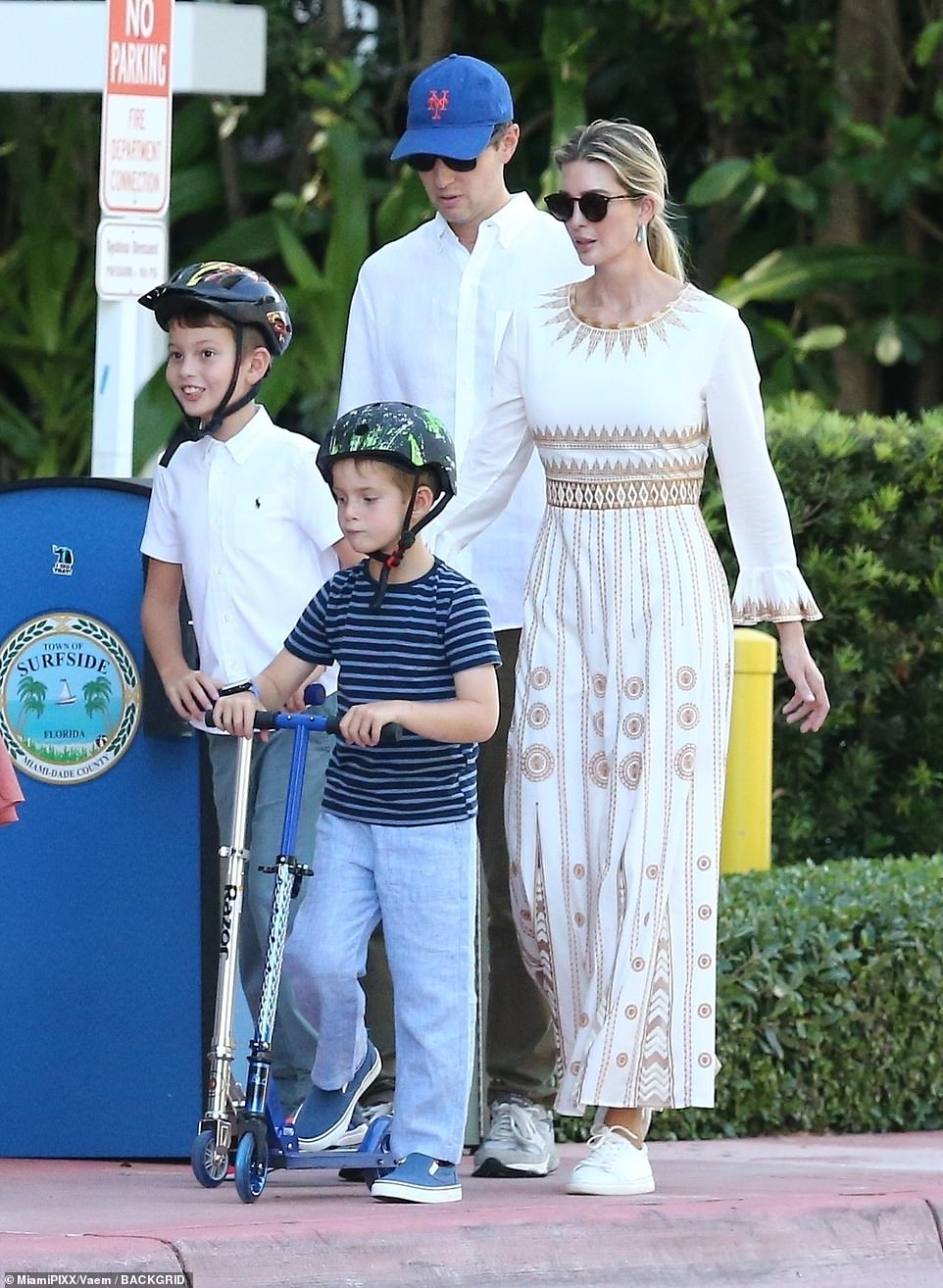 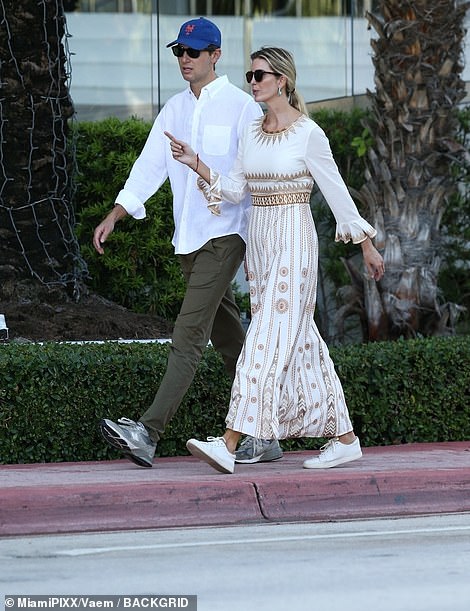 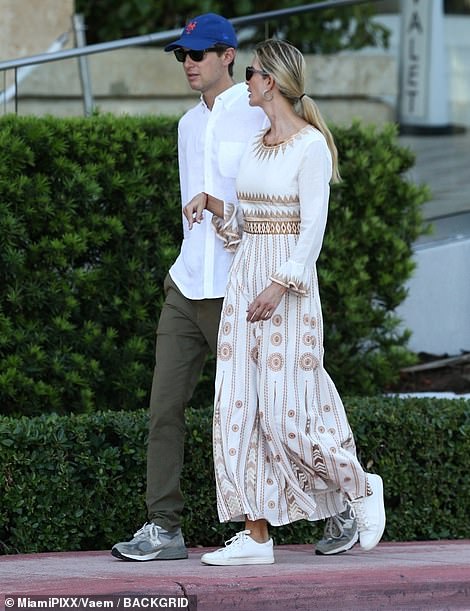 Ivanka converted to Orthodox Judaism before her wedding to Kushner, and the family keeps kosher and observes the Sabbath

In a September interview with The National Desk, Kushner confirmed the surgery saying: ‘I had the surgery last week. It was very successful.’

He is also celebrating his White House memoirs book becoming a No 1 New York Times bestseller.

Ivanka took the time to post about how proud she was of her husband’s achievement, posting on Instagram ‘it is an incredible book.’

Last night, Donald Trump boasted about his ‘sold out’ Ohio rally in front of a ‘massive crowd’ hours before taking the stage at the the 7,000- seat Covelli Centre in Youngstown

The ex-president made his claim via his Truth Social social media platform. Trump also said that most Republicans ‘would lose’ their races if not for his endorsement.

Car wash politics has seat of Caulfield in a lather