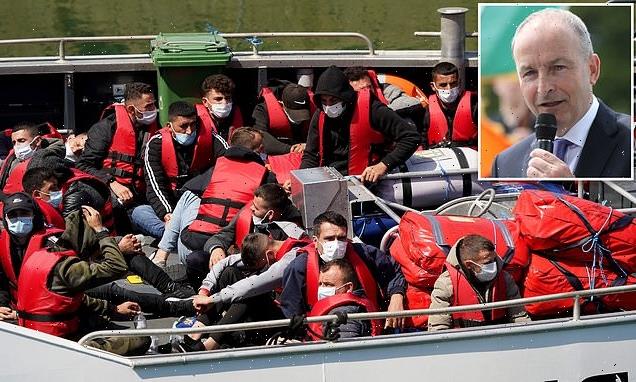 The Irish prime minister has claimed that the UK’s Rwanda policy to deport migrants to central Africa has seen more people arrive in Ireland.

The news comes after Tory leadership candidate Liz Truss has said she will extend the controversial Rwanda asylum scheme, in a move to firm up support among Tory party voters in the race to succeed Boris Johnson.

Mr Martin said that refugees are using the Common Travel Area to apply for asylum after over 40,000 Ukrainians arrived in the country and as it was reported that most refugees are applying for leave to remain in Ireland through offices in Dublin and not at airports.

It has also been suggested, The Telegraph said, that Ireland has seen an accommodation crisis off the back of the measure forcing Ukrainians to be put in tents. 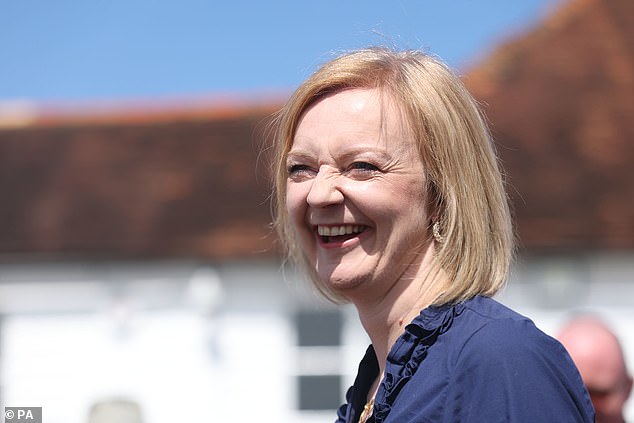 Liz Truss, pictured on Saturday in Kent, in an interview with the Mail on Sunday, suggested that as Prime Minister she would extend the Rwanda policy, despite it currently being in legal limbo 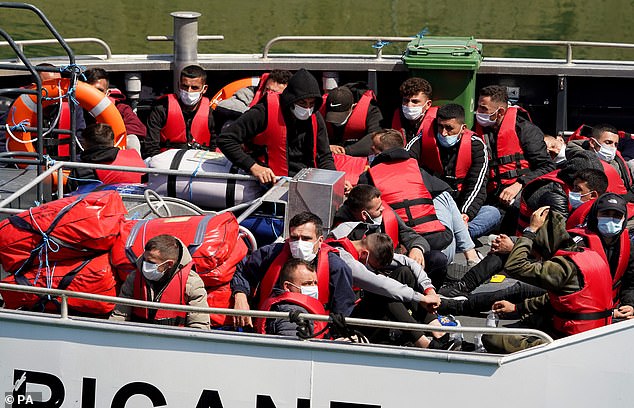 The Irish government has claimed that the UK’s Rwanda policy to deport migrants to central Africa has seen more people arrive in Ireland. Pictured: A group of migrants are brought in to Dover, Kent, onboard a Border Force vessel following a small boat incident in the Channel on Monday 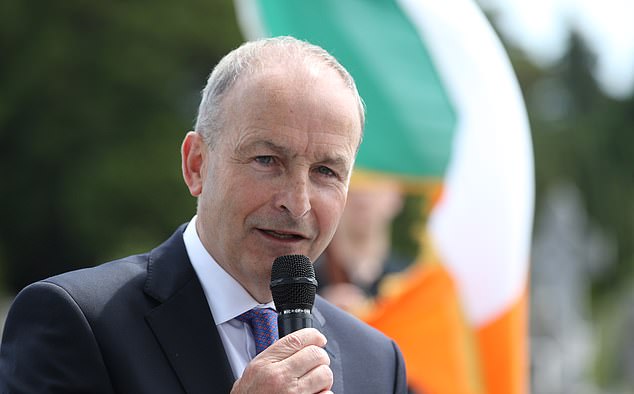 The news comes as Mr Martin was defending Ireland’s policy to suspend visa-free travel for refugees – but not Ukrainians – from 20 ‘safe’ European countries for 12 months.

Speaking in Japan on Tuesday, he said: ‘We have had the Department of Justice examining [the issue of asylum seekers] in terms of the convention around refugees in safe countries being in a position to travel. There has been a significant surge in people seeking international protection over the last number of months.

‘I mean potentially we will have four to five times the number of people seeking international protection this year compared to pre-pandemic times.’

He added that he thinks that Rwanda policy has seen more people coming to utlise the Common Travel Area between the UK and Ireland, which means those travelling encounter visa-free travel.

Mr Martin added: ‘One can see, and maybe sense that that policy announcement, which I thought was a wrong policy announcement by the UK, a shocking sort of initiative in my view, to be doing some agreement with Rwanda, clearly may have motivated people utilising the Common Travel Area to come into the Republic – yes, I think it is one of a number of factors.’

An Irish government spokesman later clarified this comments to the Telegraph saying: ‘Recent policy changes in other jurisdictions, including the UK, as the Taoiseach referred to, may be creating the perception of a less welcoming immigration and international protection environment, leading to secondary movements of applicants.’ 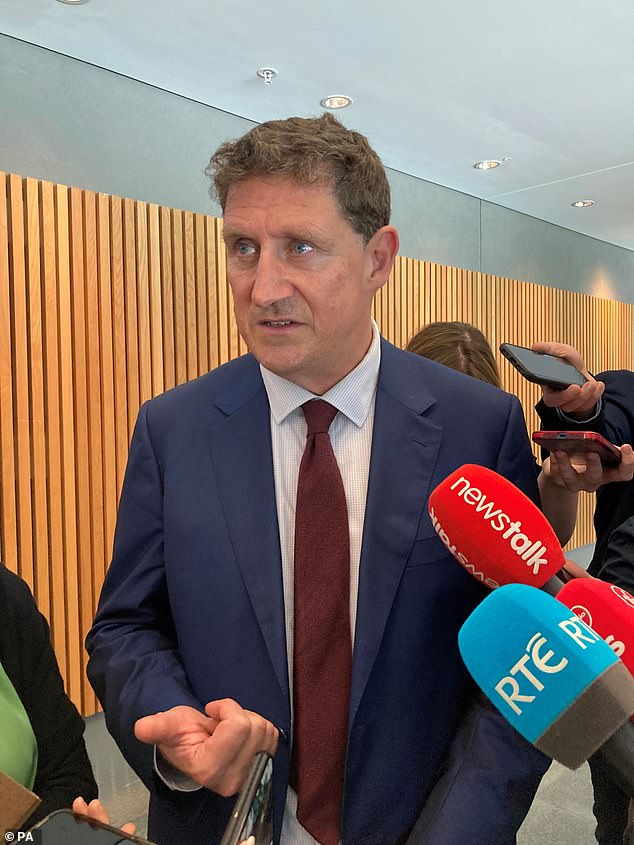 It has also been suggested that Ireland has seen an accommodation crisis of the back of the measure forcing Ukrainians to be put in tents. Pictured: Environment Minister Eamon Ryan pictured on Thursday

The Irish government also believes this is happening as people travel between Northern Ireland and the Republic as 60 per cent of as asylum claims are being made at offices in Dublin and not the airport which typically sees almost two-thirds of asylum claims.

Earlier this week, the Irish Times reported an average of 1,400 people are now arriving from Ukraine every week, with more than 40,000 fleeing to Ireland with a population of 5million.

It also said that the Irish Army is purchasing more tents to house Ukrainians which is already exasperating the country’s existing housing crisis while the government offers €135 (£114.85) a night for hotels and B&Bs to house single adults.

Mr Ryan, Minister for the Environment, Climate and Communications and Minister for Transport, has previously said on the Rwanda policy: ‘There is a real challenge. It is very, very difficult. But we will have to manage. We committed at the very start of this war that the right thing to do – and the Irish people agree with this – is to keep our door open, unlike our neighbours who haven’t taken the same approach.

‘And unlike our neighbours, we don’t agree with the sort of approach where you might send a refugee back to another country as a solution to what is a real challenging problem.’

He also clarified his view again on Sunday, saying: ‘You don’t turn people away’, according to the Irish Examiner.

The UK Home Office has refused to comment on the statements made by Mr Martin and Mr Ryan.

Ms Truss, the Foreign Secretary, in an interview with the Mail on Sunday, suggested that as Prime Minister she would extend the Rwanda policy, despite it currently being in legal limbo.

She told the newspaper: ‘The Rwanda policy is the right policy. I’m determined to see it through to full implementation, as well as exploring other countries that we can work on similar partnerships with. It’s the right thing to do.

Tory leadership rival Rishi Sunak is also set to unveil his immigration plans in the days to come.

It comes as the first asylum seekers’ flight to Rwanda has been delayed until November – and possibly next year, according to the Daily Mail.

A number of charities, a trade union, and individual migrants who crossed the Channel by dinghy or hidden in lorries, are together contesting the policy of deporting ‘irregular’ refugees to Rwanda.

The High Court judges hearing the case at London’s Royal Courts of Justice ruled that the challenges to the flights will be heard at two hearings, the first in September and the second in mid-October.

The judgments will be delivered together, possibly weeks later.