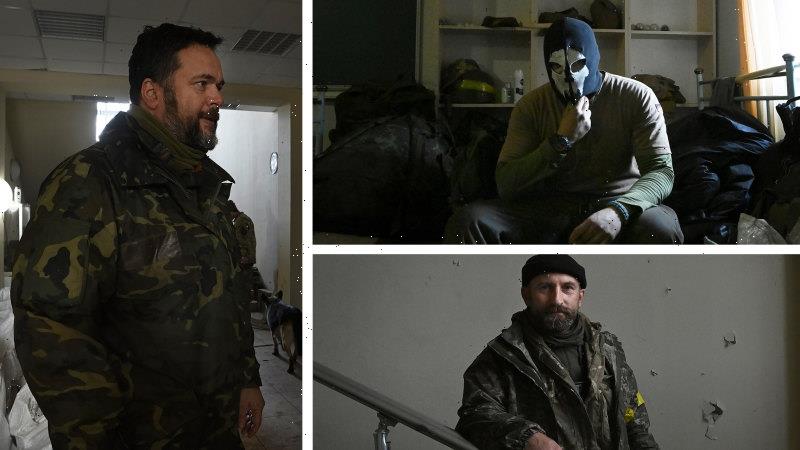 Inside the secret headquarters where foreigners go to fight Putin

By Anthony Galloway and Kate Geraghty 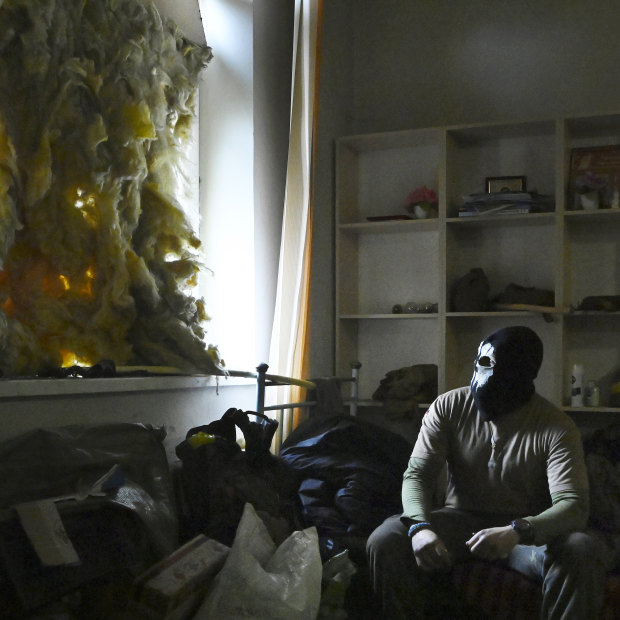 Druzhkivka: Inside a secret building in Ukraine’s east, a group of soldiers is preparing to repel Russian President Vladimir Putin’s next advance after months of brutal fighting.

Following Russia’s humiliating retreat from the southern city of Kherson, the soldiers believe Putin will now look to pour everything – including up to 300,000 recently mobilised Russians – at their positions.

We are at the headquarters of the army company that took in Australian Trevor Kjeldal and gave him a chance to fight in some of Ukraine’s fiercest battles. Just a few kilometres from this position, Kjeldal died in a trench on November 2.

Despite no military training, the Queensland landscaper travelled to Ukraine shortly after Russia’s invasion on February 24. 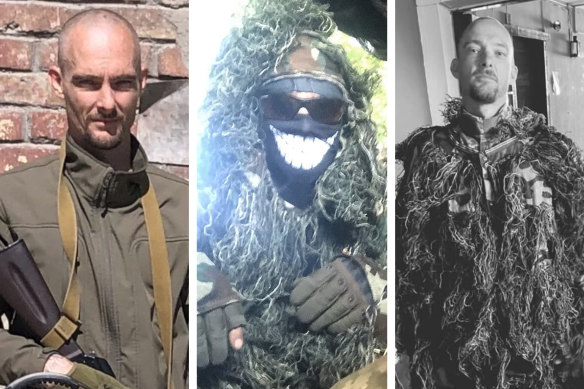 Rejected by the Ukrainian military, Australian Trevor Kjeldal headed to the frontline in search of a battalion that would take him.

Oberto, a Brazilian who was in the French Foreign Legion for five years, was among the first soldiers to find Kjeldal, who went by the codename “Ninja” for his stealthiness, after a Russian tank fired a mortar at their position.

He said he felt Kjeldal’s pulse and his friend was still alive, but he died soon after.

“To his family, I want to say this: he is a hero not just because he died. He was a hero before this,” Oberto says.

“He believed in this, he stayed here to end the war. He had no fear, he just stayed normal all the time. This is not normal for people who were never in a war before.”

The soldiers at this position are part of the Carpathian Sich, a battalion of Ukrainians and foreign nationals fighting on the front line in the eastern Donbas region. This particular company of 450 men from 29 nations consists of three platoons: one for English-speaking, Spanish-speaking and Ukrainian-speaking. In the stairwell of their headquarters lies a stockpile of weapons just as diverse: anti-tank missile launchers, machine guns, ammunition and a grenade launcher that come from Russia, Britain and Spain.

Oberto met Ninja in the capital, Kyiv, in April, when they first joined the battalion. 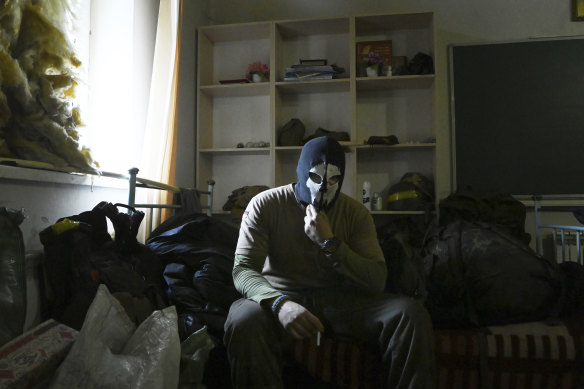 “He helped me with English because before I didn’t speak English, and he was very patient and tried to listen to me,” Oberto says.

“I tried to speak and the other [English-speaking] guys just didn’t want to listen to me. But Ninja would listen and try to understand me.

“We talked about Australia – big spiders and kangaroos.”

He says he taught Kjeldal some military skills and “he learned fast” to become a “good soldier”.

The Carpathian Sich was previously one of several paramilitary groups operating in Ukraine, and it was formed by the country’s far-right Svoboda party after Russia seized Crimea and backed pro-Moscow separatists in the Donbas region in 2014. However, it was later integrated into Ukraine’s armed forces, allowing its members to be eligible for pensions and treatment in military hospitals.

Like the Azov Battalion, it is central in Russia’s propaganda effort to paint Ukraine as a hotbed for Nazis.

Many websites in Russia call it a “Nazi military unit”, “Ukrainian Nazis” and “fascists”.

“Am I a Nazi?” jokes the company’s chief lieutenant, who goes by the codename British. “I’ve never even been a member of a political party.” 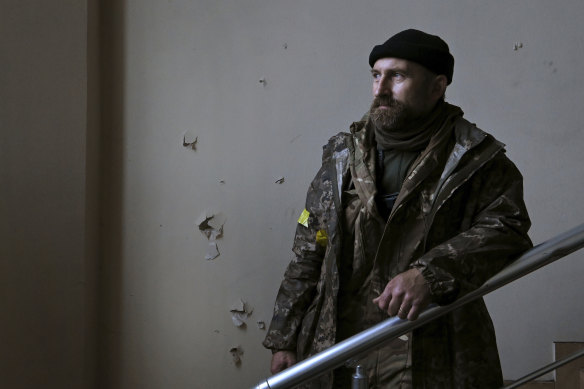 British is a Ukrainian but was living in Sussex, England, for the past 24 years and worked at the Rolls-Royce factory before Russia invaded his homeland.

Three days after the Russian invasion, he told his wife “I’m going”.

“I come back here, find this voluntary battalion and just start fighting as a soldier,” he says.

“With time, I started learning some skills. Our commander – unfortunately, he later died… spotted in me some potential and made me company commander.”

“I never saw him frightened, no matter what the situation was,” he says.

“If it was close combat he was always calm, he knew what he was doing, shooting very well. A fearless warrior.”

British says many foreign soldiers who join his company have skills and knowledge gained on the battlefields in Afghanistan and Iraq, but they also admit this conflict is unique.

“The foreigners have never fought a war like this. All the wars they fought were NATO wars when behind you is a stronger army,” he says.

“But now it’s totally the opposite… Russia has much more tanks and all the artillery and stuff like that.Many foreigners who come in leave on the second or third day.

“From 10 foreigners, only one stays. Many go back home or just leave.”

These soldiers were the first into the liberated city of Izyum, in north-eastern Ukraine, in September, after spending months trying to push the Russians out.

“The day we pushed into Izyum the mood was sky high, everyone was just pushing and felt absolutely no tiredness. Every metre of land gave us so much of a boost,” British says.

“After Izyum, we all came here [further south in the Donetsk Oblast] and now we are pushing here.”

British says Russia is using many of the newly mobilised soldiers against them, and every day many are killed by Ukrainian artillery strikes.

“Putin can’t lose, he doesn’t know how to take the defeat. For the last 30 years he was thinking he was a king on the planet, and now suddenly he is losing everything,” British says.

“So he will throw everything and anything possible – at least to keep what at the moment is annexed by Russia.

“This is the first war Russia has fought without Ukrainians on their side, and you can see what has happened.”

Commander Eney Belov, who leads the Spanish-speaking platoon, says he returned to Ukraine after living for 20 years in Spain.

“I started to prepare [for the Russian invasion] at least two years earlier. And when the full-scale invasion started, it wasn’t news to me, it was predictable,” he says. 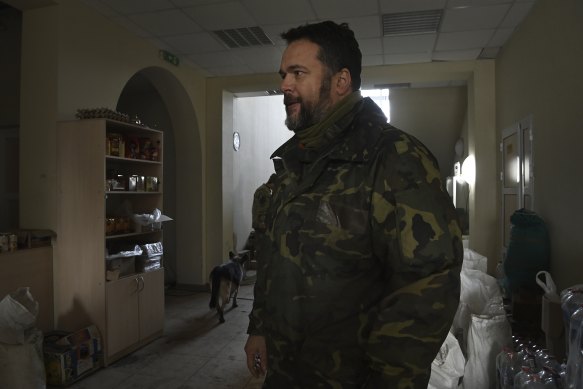 Commander Eney is head of the Spanish-speaking unit of the Carpathian Sich Battalion.Credit:Kate Geraghty

He says all the foreign fighters in the company “understand that Russia is a danger to the whole world”.

Belov says he has lost some “very close” friends on the battlefield including the battalion’s chaplain, Tur, which was a “big loss”.

He says every member of the battalion carries a grenade at all times in the event they are overrun by Russian soldiers.

“We can’t let ourselves be captured.”