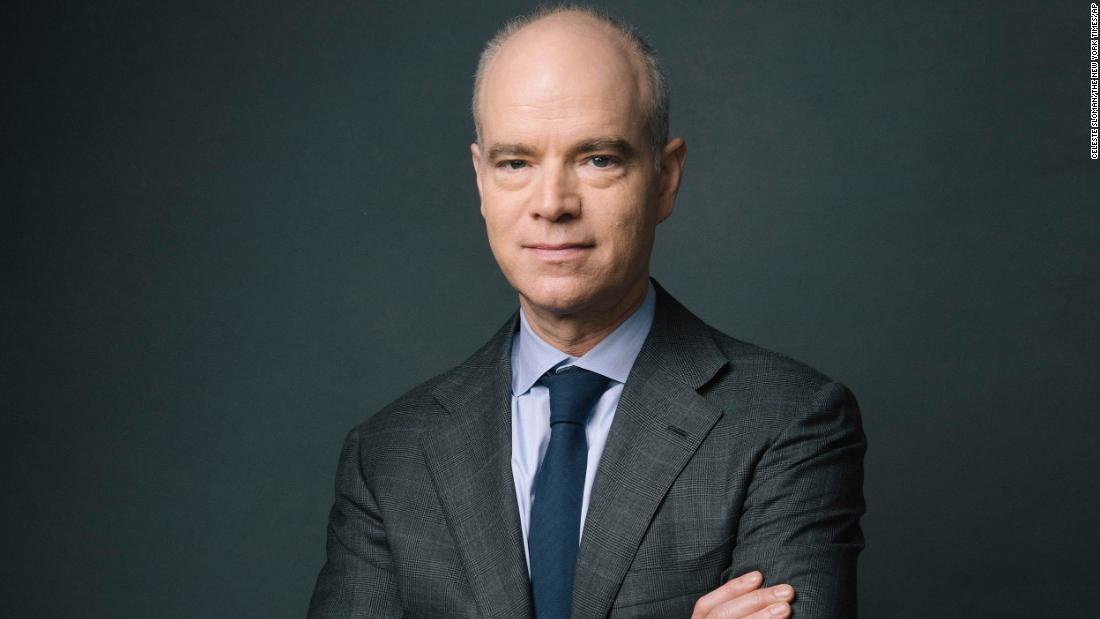 New York (CNN Business)A version of this article first appeared in the “Reliable Sources” newsletter. You can sign up for free right here.

Joe Kahn took over as executive editor of The New York Times on Tuesday, officially ascending to one of the most powerful positions in American journalism. It was the day, as Vanity Fair’s Joe Pompeo put it, “that gossipy media types have been breathlessly gabbing about and speculating over for the better part of the past few years.”

But, what’s perhaps most notable about the transition of power, is that Kahn’s reign won’t usher in any immediate, significant changes. Instead, Kahn, who worked closely with predecessor Dean Baquet, is likely to continue to push forward in the same direction that the newspaper-slash-global-digital-publication has been moving.

Kahn has said as much. In an interview published Tuesday with WaPo’s Jeremy Barr, for instance, Kahn said, “I wouldn’t say that there’s going to be some sort of sharp break in the type of stories we’re most excited about or the tone of coverage.”
And speaking to Pompeo, Kahn characterized the transition of power as seamless, explaining that he was able to work with Baquet and publisher A.G. Sulzberger to execute it in a harmonious fashion.

“I was happy that we were able to achieve what I think both Dean and A.G. really wanted to achieve, which was a really sort of intentional transition process that allowed me, but also a team of people who will now move into fresh positions in newsroom leadership, to really have time to work closely together,” he said. “So many transitions in the past, in fact the majority of them, have taken place in a somewhat herky-jerky or unexpected way, where something happens, somebody departs suddenly, someone is dismissed from the job.”

All that said, that doesn’t mean Kahn will manage the newsroom in precisely the same manner as Baquet has. “It’s absolutely inevitable that he will do things that will be apart from what I have done,” Baquet noted to Barr. “Every executive editor does things differently.”

Kahn: “We are not impartial about” democracy

NPR’s David Folkenflik, citing an interview with Kahn, wrote last week: “Like some of its top competitors including The Washington Post and NPR, The Times is more explicitly focusing on the threats to democracy at home as well as abroad, he said. In the U.S., that threat involves an asymmetrical peril from the political right, from those who support former President Donald Trump and his imitators. He acknowledged such reporting would likely only give more grist to the newspaper’s Republican and conservative detractors, he said. The Times has to cover it nonetheless.”
>> Kahn’s key quote: “The New York Times can’t exist in Hungary, it can’t exist in China. It can’t exist in Russia. It exists only in the context of respect for the role of a high quality, nonpartisan press in a thriving and functioning democracy where we’re protected by rule of law and where we work directly for our readers, not for any kind of political power or other institution. So you can’t have independent journalism in a non-free society, and we are not impartial about whether or not this [nation] becomes a non-free society.”

NYT icon Dan Barry shared a photo of Baquet waving “to a standing ovation on his last day as executive editor.” The appreciation for Baquet was palpable during the gathering in the Times newsroom on Tuesday, where a mock front page made the rounds. Baquet will still be a Timesman, leading a local investigative fellowship program for the outfit. He told Barr that “on the one hand, I would be lying if I didn’t say I feel a little sad about stepping away from a job I love. On the other hand, the place is in good shape. I think my successor is fantastic.”

— Kahn is notably backing Baquet’s belief that NYT’ers pull back from Twitter. He said he worries some of his journalists “don’t even want to engage in certain kinds of stories because they anticipate the reaction that they’ll get from writing on, reporting on, a story that tends to be a lightning-rod type issue on Twitter…” (WaPo)

— Kahn weighed in on the WaPo drama, reiterating, “I think it’s time for people to put [Twitter] into a bit more perspective, and frankly, to take a step back from an overreliance on Twitter as a place to vet grievances with your own news organization…” (Vanity Fair)
— Speaking of WaPo: Staffers were told Tuesday that “draft social media guidelines will be sent around tomorrow and the Post will hold listening sessions over the next several days for people to have input on them,” NYT’s Katie Robertson reports… (Twitter)
Source: Read Full Article

Celsius Faces Liquidity Crisis, but how are Other Crypto Firms Faring?
Technology