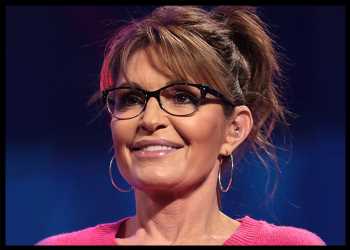 Sarah Palin has lost a special congressional election in Alaska, in what is considered as a setback for the former vice presidential nominee’s political comeback.

She lost to Democrat Mary Peltola in a district that was held by Republican Rep. Don Young for nearly five decades.

Palin criticized the voting system after the results were declared.

The special election was called in the wake of Don Young’s death. Peltola will fill Alaska’s House seat for the remainder of the current term, which expires in November.

The Alaska Division of Elections declared on on Wednesday that Peltola won the election by three percentage points.

A staunch advocate for abortion access and climate action, 49-year old Peltola will be the first Alaskan Native to serve as a lawmaker in Congress for the state.

“Tonight, we’ve shown that we can win as a campaign that is pro-choice, pro-fish, pro-worker, and pro-Alaska,” she wrote on Twitter.

Peltola promised that as the next Congressperson for Alaskans, she will pursue both the stability and progress the state needs.

With the US midterm elections due in November, the loss of a GOP candidate in a state where former President Donald Trump led by 10 points in the 2020 presidential election is seen as a clear advantage for the Democrats.

Palin, who served as the running mate to John McCain in the 2008 presidential election and as Governor of Alaska during 2006-09, was endorsed by Trump in the August 16 special election.

For the first time in Alaska, ranked-choice ballots were used in this election.

After Patanjali, Reliance Retail could be the next big disruptor in FMCG