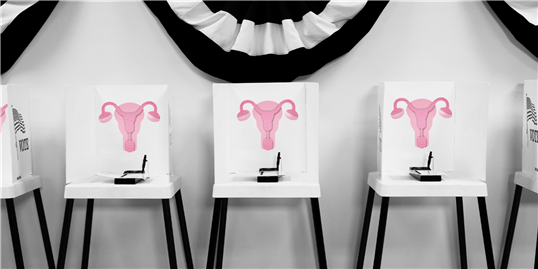 How Did the Candidates in Cosmo's 5 Most Important Abortion-Access Races Do?

You’re tired of hearing it, we’re tired of saying it, and everyone’s tired of it being true: The 2022 midterm elections really, really mattered. Not just in a vague “democracy is wonderful and we all have a civic duty” way, but like—if you don’t turn up to the polls, it may become basically impossible to obtain a legal abortion where you live.

The stakes were staggeringly high, which is why in October, Cosmo teamed up with the Planned Parenthood Action Fund to zero in on the five races across the country with the potential to have the greatest impact on abortion access—both for residents of that state and the surrounding area. The candidates appeared up and down the ballot, from governors to state legislators and state Supreme Court justices, and battled it out in states that tend to be purple (aka majorly swing-y).

Election results are still trickling in and will be analyzed in the weeks to come. But how did the candidates from those five races fare so far? Let’s take a look.

We chose this race because the Keystone State’s legislature is packed with rabid anti-choice Republicans who have tried again and again to pass severe abortion restrictions–including one proposed bill that banned the most common second-trimester abortion procedure and threatened doctors with jail time and felony charges. With Democratic governor Tom Wolf term-limited, another Democrat was needed to veto these attempts.

The judiciary in Ohio has been the biggest (and final) defense against an endless parade of miserable abortion restrictions that have come from the Republican-led state legislature and signed into law by the GOP governor. That includes a horrifying six-week abortion ban that, for now, has been blocked by the lower courts. Ohio allows judges to have party affiliation and public political views, so it was clear that the three Democratic candidates for the Ohio Supreme Court—Jennifer Brunner, Marilyn Zayas, and Terri Jamison—would stand up for reproductive rights.

In gutting news, all three women lost their races, and Republicans also held onto the governorship, both chambers of the legislature, and J.D. Vance won a Senate seat. Republicans now control about every big leadership role in Ohio, which means abortion access is definitely at risk. Get involved with OH’s Planned Parenthood here, or donate to the Abortion Fund of Ohio to guarantee people have the healthcare they need for as long as possible.

This race was important because Republicans controlled both chambers of the legislature, and if they bolstered their majority, they’d be able to override Democratic governor Roy Cooper’s reliable veto of anti-choice legislation. Plus, pregnant people from states across the South that have outright banned abortion rely on North Carolina for crucial access.

The good news? The Republicans did not win a supermajority in the state House, missing it by one single seat. Which means draconian restrictions can be stopped, and there is hope for abortion access.

The bad news? Three of the four candidates we highlighted lost their races, all by heartbreakingly tight margins. “Our campaign and incredible team of volunteers worked as hard as possible to reach voters. Unfortunately, we fell short,” candidate Christy Clark, who was running for the state House, told Cosmo in a statement. “However, this loss doesn’t mean women’s reproductive rights are not a priority for North Carolina. We will continue to fight for women and reproductive rights and hold our opponent accountable.”

Gubernatorial elections are always important, especially in purple states, but we focused on the Arizona race because the overturn of Roe has led to a lot of confusion in the state about whether a century-old abortion ban could be enforced. Plus, the Republican candidate Kari Lake is an anti-abortion extremist who once tweeted “ALL Baby Lives Matter.” Ugh.

As of press time, the Democratic candidate, Arizona Secretary of State Katie Hobbs, was leading, but only two thirds of the votes were in. It’ll likely be a few days before the race is called, and Lake has already indicated she won’t accept a loss as legitimate. So that’s cool.

A state attorney general guides the implementation of legislation—and in some cases, an AG might choose not to enforce an outdated law at all. That’s what Michigan’s incumbent candidate Dana Nessel vowed to do about the state’s 1931 law that outlaws abortion even in cases of rape and incest. The Michigan ballot also had Proposition 3, the Reproductive Freedom for All proposal, which would affirm that every citizen has the fundamental right to reproductive freedom (including “all matters related to pregnancy.”)

By Wednesday morning, Nessel had clinched the race, securing her another four-year term. “The results of this race underscore the values we hold sacred in Michigan,” Nessel said in a statement to Cosmo. “Love over hate. Hope over fear. Unity over division. Science over ignorance. Equality over bigotry. Facts over lies. Democracy over fascism.”

And Prop 3 was an absolute triumph, passing by 10 points. That means the voters of Michigan have decided to add abortion access to the state Constitution forever. Similar ballot measures passed in California and Vermont, and an anti-choice measure phrased the opposite way in Kentucky failed.

Yes, you can feel free to deeply, truly celebrate these wins… then get out there and keep fighting for (and funding) abortion access.