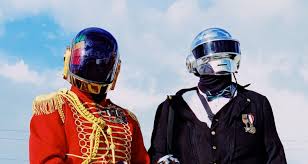 NFT MANIA IS HERE, AND SO ARE THE SCAMMERS

The artist Derek Laufman woke up last weekend to a couple emails from his followers, who had a question for him. They wanted to know if he’d started selling NFTs — non-fungible tokens — of his art. But it wasn’t just email. People had DMed him on Instagram and Twitter, too. “I just replied, that’s 100 percent not me,” Laufman says when I reach him by video call.

On Rarible, a site where people can purchase NFTs, a verified profile had appeared that alleged to be from him — which means that someone took the time to impersonate him all the way through the platform’s verification process. “I was basically kind of annoyed that somebody had, quote, unquote, verified me as on that platform,” Laufman says. “I dealt with having my art stolen for years. And I’m sort of numb to that. But when somebody is claiming to be you … that kind of, you know, pisses me off.”

After a few people reported the theft and impersonation and Laufman fired off a few messages on Twitter about the situation, Rarible took the profile down. But not before one of his fans had bought an NFT of the work.

Which is a shame. The promise of NFTs is pretty easy to grasp: if you’re a digital creator, they represent a way to make money off of work that might not otherwise be salable. You can earn royalties from future sales of work in perpetuity — and it can be built right into the object itself. But the reality of NFTs is different, and grimmer.

Artists like Laufman have have had their work minted as NFTs and listed for sale without their permission; and as in that case, platforms that host stolen art only seem to moderate if the artist finds out and posts about it on social media. Tales From The Loop author Simon Stålenhag found his art on Marble Cards, another NFT site, and Giphy has warned that people are turning user-created GIFs from its site into NFTs. Because the NFT system doesn’t require people to actually own the copyright to something to mint it, it’s a market ripe for fraud.

NFTs are unique digital widgets that are typically part of the Ethereum blockchain and can be used to identify the owner of a piece of digital art. Any digital object can become an NFT, as long as it’s been “minted,” or put on the blockchain as a token. They’re sort of like trading cards, if the card was digital and pointed to the URL of a JPEG. And because these tokens are represented on a blockchain — which is predicated on burning cheap electricity to solve mathematical puzzles, which when solved pay out some amount of cryptocurrency — there is an as yet unspecified negative environmental cost associated with transacting them.

The whole system is predicated on the understanding that the people minting NFTs are who they say they are. Would you buy a GIF of Nyan Cat for $560,000, for example, if the creator of the meme wasn’t the person who was selling it as an NFT online? Because anything can be tokenized on the blockchain — where, by the way, the record is immutable — anything can end up as a NFT, even if the creator of an artwork isn’t the person selling it online for Ethereum.

This article is on sale as an NFT
Technology