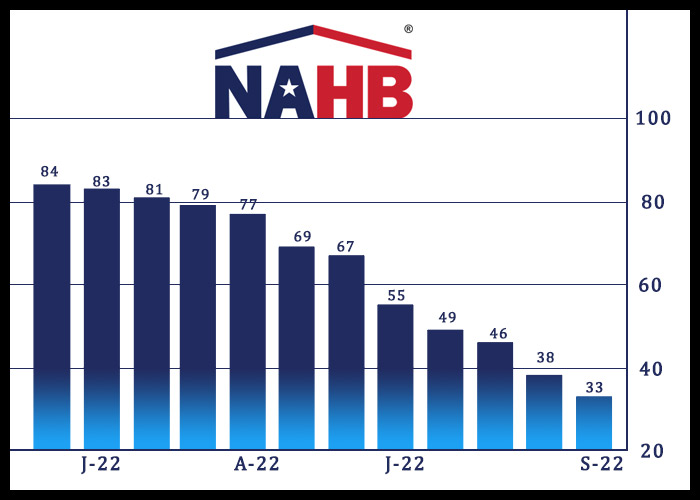 A report released by the National Association of Home Builders on Wednesday showed a continued decrease in U.S. homebuilder confidence in the month of November.

The report showed the NAHB/Wells Fargo Housing Market Index declined for the 11th consecutive month, slumping to 33 in November after tumbling to 38 in October. Economists had expected the index to dip to 36.

With the bigger than expected decrease, the index fell to its lowest reading since June 2012, with the exception of the onset of the pandemic in the spring of 2020.

He added, “With the housing sector in a recession, the Biden administration and new Congress must turn their focus to policies that lower the cost of building and allow the nation’s home builders to expand housing production.”

The extended slump by the housing market index reflected notable decreases by all three of the component indices.

The current sales conditions index slid six points to 39, the traffic of prospective buyers index fell five points to 20 and the sales expectations in the next six months index dropped four points to 31.

On Thursday, the Commerce Department is scheduled to release a separate report on new residential construction in the month of October.