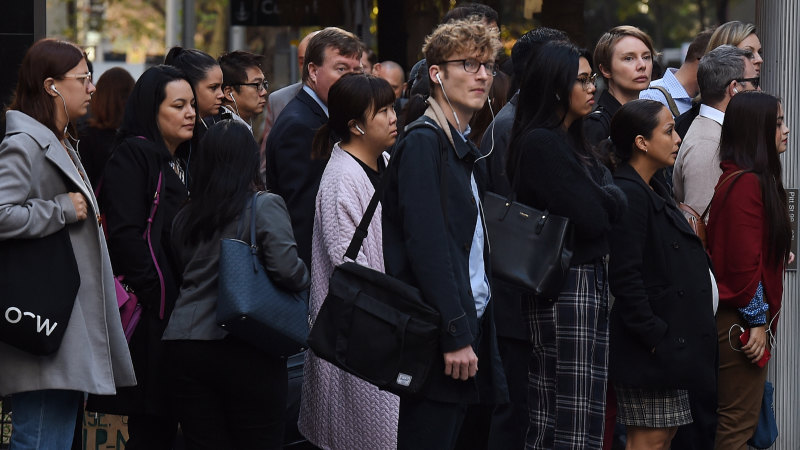 Look up, we’re on the verge of employment greatness

“Visionary” and “inspirational” aren’t words normally used about economists, but they certainly apply to Professor Ross Garnaut, of the University of Melbourne, and to his Thursday dinner speech to the jobs and skills summit. His message to Anthony Albanese is that he’s taken the helm at the worst of times. But, if he can rise to the challenge, he can lead us to the best of times.

Garnaut’s message is in two parts. First, we must stop kidding ourselves about the state of the economy and the budget. Second, we can make the seemingly impossible changes needed to gain all the material and social advantages of economic success. 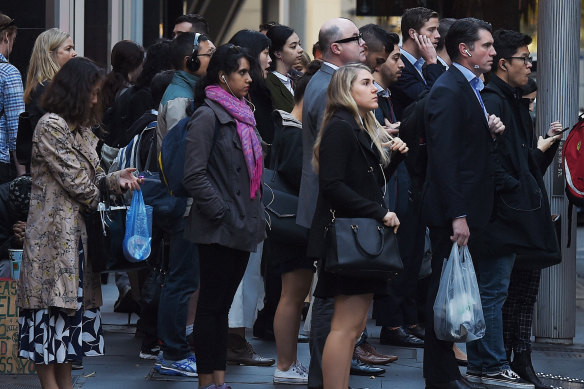 The massive budgetary stimulus during the pandemic, combined with the temporary cessation of immigration, has brought the unemployment rate down to 3.4 per cent – the closest we’ve been to full employment in almost 50 years.Credit:Kate Geraghty

First, we are kidding ourselves about how well our economy has been performing. It’s true our economy bounced back more quickly from the COVID-19 pandemic recession than did most developed economies – because our stimulus from the budget was bigger and faster.

Since then, however, Garnaut says, “we have looked ordinary in a troubled developed world”.

“We can’t turn the economy back to before the pandemic,” he says. “Even if we could, pre-pandemic conditions aren’t good enough. That’s high unemployment and underemployment and stagnant living standards.”

Recently, our problems have been compounded by the invasion of Ukraine and its disruption of global energy markets. But, unlike the Europeans and most other rich countries, Australian energy companies benefit when gas and coal prices rise.

“We are kidding ourselves if we think no deep wounds will be left in our polity from high coal and gas – and therefore electricity – prices bringing record profits for companies, and substantially lower living standards to most Australians,” he warns.

And “we have to stop kidding ourselves about the budget”. We need unquestionably strong public finances to have low cost of capital, private and public, for our transformation from fossil-fuel loser to superpower exporter of clean energy and minerals, and to shield us from a disturbed international economy and geo-polity.

We’ve emerged from the pandemic with eye-watering debt and large budget deficits, when high commodity prices should be driving budget surpluses.

“We talk about [the need for] much higher defence expenditure, but not about higher taxes to pay for it. 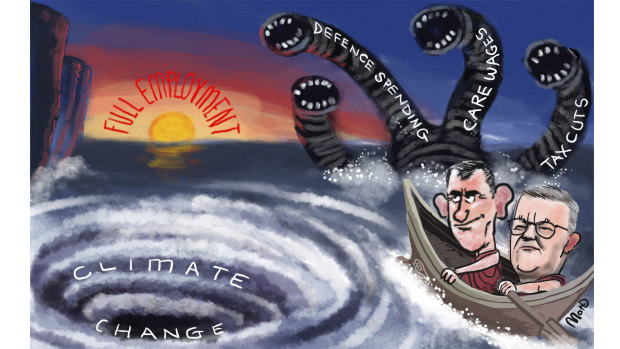 The latest Intergenerational Report tells us that the ratio of over-65s to people of working age will rise by half over the next four decades, bringing higher costs and fewer workers to carry them, he says.

But, “in the face of these immense budget challenges, total federal and state taxation revenue as a share of gross domestic product is 5.7 percentage points lower than the developed-country average”.

Get it? Yet another economics professor telling us taxes must go up – not down.

The budget update issued at the start of this year’s election campaign predicted real wages would decline by 3 per cent over the two years to next June. Treasurer Jim Chalmers’ update three months later increased the decline to 7 per cent.

So, says Garnaut, “the facts have changed, and we should be ready to change our minds”. When we stop kidding ourselves, we’ll recognise the need for policies we now think impossible. That’s Garnaut’s second, more inspiring point.

“Australians accepted change that had been impossible on two earlier occasions when we faced deep problems, and responded with policy reforms that set us up for long periods of prosperity, national confidence and achievement.”

The most recent was the reform era starting in 1983. The first was postwar reconstruction of the economy in the 1940s, which was followed by a quarter of a century of full employment and rising incomes.

Back then, the Curtin and Chifley governments were determined Australians would not return to the high unemployment and economic insecurity of the interwar years.

“This would achieve the highest possible standards of living for ordinary Australians.”

The Menzies Liberal government’s political success – it stayed in power for 23 years – “was built on full employment, helped by Menzies insulating policy from the influence of political donations to an extent that is shocking today”.

Garnaut says he grew up in a Menzies world of full employment. (So did I, as it happens.)

Garnaut’s message is in two parts. First, we must stop kidding ourselves about the state of the economy and the budget. Second, we can make the seemingly impossible changes needed to gain all the material and social advantages of economic success.

The authors of the white paper wondered how low the rate of unemployment could fall before it caused high or accelerating inflation. They were surprised to find it fell to below 2 per cent, and stayed there for two decades without a problem.

The massive budgetary stimulus during the pandemic, combined with the temporary cessation of immigration, has brought the unemployment rate down to 3.4 per cent – the closest we’ve been to full employment in almost 50 years.

It’s tempting to think that, with all the problems of controlling inflation and decarbonising the economy, this brush with our glorious past will soon disappear, and we’ll be back to the 5 to 6 per cent unemployment we’ve learnt to think is the best we can do.

But Garnaut’s inspiring vision is that, with the right, seemingly impossible policy changes, we can complete the return to a fully employed economy and stay there, reaping its many material and social benefits.

In the world he and I grew up in, “workers could leave jobs that didn’t suit them and quickly find others – often moving from lower- to higher-productivity firms. Employers put large efforts into training and retraining workers.

“Labour income was secure and could support a loan to buy a house. Businesses that could not afford rising wages closed and released their workers into more productive employment.”

Steadily rising real wages encouraged firms to economise in their use of labour, which lifted productivity.

Sounds worth striving for, to me.