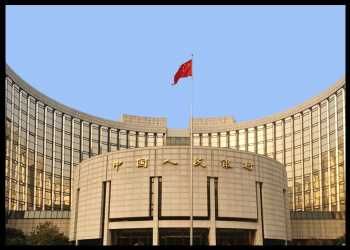 China kept its main lending rates unchanged for the third straight month as the weakening yen impede the ability of the central bank to support slower economic growth.

The People’s Bank of China left its one-year loan prime rate, or LPR, unchanged at 3.65 percent. Likewise, the five-year LPR, the benchmark for mortgage rates, was maintained at 4.30 percent.

Previously, the bank had reduced the five-year LPR rate by 15 basis points each in August and May and by 5 basis points in January.

The LPR is fixed monthly based on the submission of 18 banks, though Beijing has influence over the rate-setting. The LPR replaced the central bank’s traditional benchmark lending rate in August 2019.

As the medium-term lending facility, which acts as a guide to the LPR, was kept unchanged at 2.75 percent on November 15, markets widely expected the PBoC to maintain status quo.

The PBoC conducted CNY 3 billion seven-day reverse repo operations on Monday to improve liquidity. The interest rate on the reverse repo was 2.0 percent.

In the third quarter, the economy had expanded at a faster pace of 3.9 percent after the relaxation of Covid restrictions. However, the growth rate was short of Beijing’s target of ‘around 5.5 percent’ for the whole year.

The economic growth is widely expected to weaken in the fourth quarter as rising infections and strict zero-COVID policy weighed on industrial activity.